First we must admit we lost the war with Hamas.

It will allow us to begin healing from our wounds. For until we make the admission that we are on the losing side in the war and remain in a state of denial about it, no recovery is possible. We are thankful to be alive, of course, there is that to be grateful for – we can write letters like these and feel some satisfaction in the small pleasures of daily life, but we lost the war, yes, we did.


If we all make the admission simultaneously it will be an even stronger spur to our recovery, for we will be able to move on and examine our options. But until we as a nation, say it out loud, we’re trapped in fear, despair and disappointment.

We lost the war with Hamas. Please, don’t be afraid to say it out loudly and clearly. Say it to yourself. Say it to your family and friends. Say it at work and in the streets. Let’s own our defeat and see how it feels before condemning it as defeatist or negative. I think it will do us a world of good, actually. Today, this Thursday morning, this week of Parshat Vayetze, we were defeated by Hamas.

We’re alive, unapologetic and eager to find the positive in the situation, but we are defeated. We lost the war with Hamas this week, you know. It hurts a lot. We were sure it was going to be a resounding win, a victory and a new beginning for Israeli citizens everywhere but especially in the south. Unfortunately, we lost the war with Hamas.

They won, you see, because they have two advantages over us, superior tactics and a superior strategy. I’m not writing an analysis; that’s for the historians and the war-college professors to do. I’m merely stating what needs to be said out loud for our health’s sake, today. We lost the war with Hamas.

I cry for us, for those who survive unscathed and for those who mourn their losses, all our collective losses. Their children are our children, their parents, our parents. We are all living in Sderot, we are all about five seconds from a devastating trauma – we all have the scars this morning from the war with Hamas which we lost.

We are a noble people, for the most part. God knows we seek no one any great harm, and rarely dream, as a nation, of committing genocide, rapine or plunder. But we must, for our health’s sake, admit that we are locked in a deathly embrace with Hamas who have beaten us this week, who have reduced us to the role of the vanquished, to the point where we were forced to sue for peace on their terms, on any terms. We need to internalize the simple fact that Islamists have forced us to settle, not for peace on any terms, but with a lull, a not-even-truce. They have graciously, as the victors, agreed to allow us a short respite, for as long as it takes them to rearm, regroup and reposition for the next battle in the war we have lost.

I am not ashamed to say I am an Israeli Jew, I am a loser today in the war with Hamas.

I’m ashamed of the men and women we voted into political power, whose duty it is to protect us, let us not sully our lips with their names, they know who they are. I will look for more savage politicians to vote into power next time, lesser practitioners of the reasonable arts – with frothier spittle and madder eyes.

I am ashamed for us, I’m crying for us. We seem to have lost our vision and our insight. We are lost in broad daylight, blinded by the truth and crippled by common sense.

Because it’s true, I admit it. We lost the war with Hamas.

Join with me, friends and family. Let us make the admission with contrition in our our hearts and all the earnestness at our command; We lost the war with Hamas. 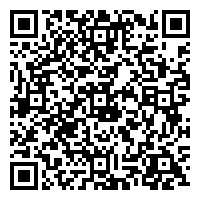