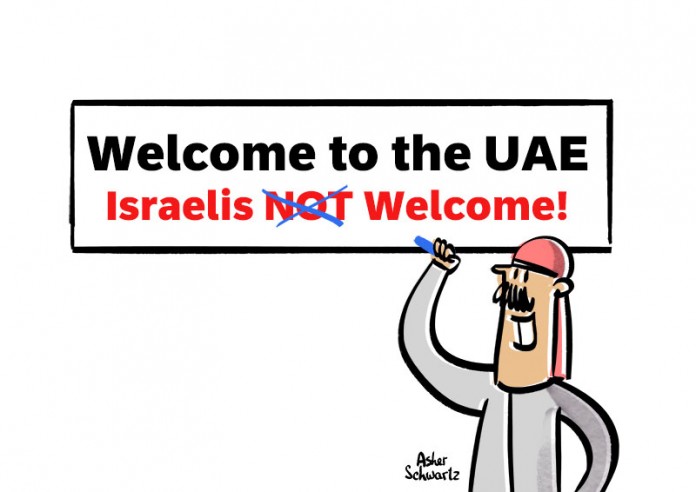 Civilization is currently facing the greatest threats since the rise of Nazism. Coronavirus and its social and economic byproducts have resulted in global waves of populism, accompanied by violent demonstrations initiated from elements of the extreme left and right.

These elements, in particular the Black Lives Matter (BLM) movement in America, are exploiting racial issues to host radical anti-Semitic groups and oppose Israel in their platform.

They systematically riot, torch and loot buildings, beat up innocent civilians, attack police, and destroy monuments. They have demanded defunding, reduction and in some cases, abolition of police forces.

Many “progressives” either endorse or stand aside from this madness, with a number of Democratic mayors going so far as to justify the violent riots and destruction of property as legitimate expressions of protest. In what has awesome parallels to Mao Zedong’s Cultural Revolution, some also seek to repudiate history and substitute it with their crazy, false narratives, which amount to a rejection of Western civilization Many of those involved were incubated in American university campuses where they were brainwashed with this nonsense by anarchistic, radical professors.

The dominant liberal media has downplayed the hatred being disseminated and encouraged “legitimate protests against racism” on the grounds of “undisputed moral authority.”

While purportedly combating racism, these demonstrations have intensified the already prevalent anti-Semitism from vociferous anti-Zionists and Jew-baiters. The platform of the Movement for Black Lives accuses Israel of engaging in genocide and calls on the US to deny support for Israel. Its leaders include the most vicious anti-Semites who vociferously promote the anti-Israel Boycott, Divestment and Sanctions movement. The same applies in the United Kingdom, where London Mayor Sadiq Khan has allied himself with those seeking to reject the “slave culture” upon which, he alleges, Britain history was based.

What is astonishing is that the vast majority of Jews regard it as incumbent on them to be seen supporting the BLM movement despite its anti-Semitic components. The only organization consistently and vigorously protesting the anti-Semitic aspects of BLM is the Zionist Organization of America. This is an extension of the cowardly failure of Jews to speak out against US President Barack Obama’s anti-Israeli policies. It is also a reflection of the appalling global decline of Diaspora Jewish education other than in Orthodox enclaves.

Many young people today are no longer able to visualize the powerlessness of Jews before the Jewish state was created. They have come to believe that it is inconsistent to be liberal and support what they view as a “reactionary” nationalistic Jewish state. Sadly, Jews in the United States and other parts of the Diaspora do not consider support of Israel to be a priority in their political agenda and rather seek to blend into the progressive camp even if that entails abandoning or turning against Israel. This explains the deafening silence of major Jewish organizations in the face of anti-Semites in the BLM and other “progressive” movements.

A decade ago, it would have been inconceivable to have traditional Jewish-dominated constituencies abandoning support for long-standing pro-Israel congressmen and electing anti-Israel and even openly anti-Semitic candidates. One of these, Rep. Ilhan Omar (who in a recent primary defeated Antone Melton-Meaux, a well-funded pro-Israel candidate), was nominated with the support of House of Representatives Speaker Nancy Pelosi to the influential Foreign Affairs Committee. For an open anti-Semite to be approved for membership on such an important congressional committee without a protest from the major Jewish organizations (other than the ZOA) reflects not merely cowardliness but the abject collapse of American Jewry’s political influence.

In less than three months, elections will take place in the United States. Should the most pro-Israel administration be displaced by a radicalized Biden administration, it would portend a great danger to Israel.

Joe Biden, having already displayed a willingness to succumb to pressure by the radicals, is not young and seems to be suffering from dementia. Should he win the election, he may not even see out his term in office. His nominated vice president, Senator Kamala Harris, a woman of color, boasts a radical voting record in the Senate. If Biden steps down or is incapacitated, she would automatically become president.

However, in relative terms, from an Israeli standpoint Harris was nevertheless by far the preferred candidate on his vice presidential short list. In the past, she has condemned BDS, spoken at two earlier AIPAC meetings and professed support for Israel. However, when campaigning in the Democratic primaries, she refused to attend the 2019 AIPAC conference and chose to hold private meetings with AIPAC’s leadership to avoid a backlash from the progressive elements of the Democratic Party.

She endorses Biden’s determination to reinstate America’s support for the 2015 Iran nuclear arms deal and renew support and funding for the Palestinian Authority. It is very disconcerting that she recently appointed pro-BDS far-leftist Karine Jean-Pierre as her chief of staff.

Like Biden, she will also be under pressure from anti-Israel radicals, whose influence is dramatically expanding, and will wish to reinstate Obama administration political appointees who promote an “even handed” policy that regards Israelis and terrorists as moral equivalents. Chief among these is Susan Rice, former national security adviser, one of many key former Obama advisers who are negative toward Israel. They are the leading contenders for secretary of state and other key positions in a Biden administration.

A politically dysfunctional Israel and a hostile US administration could pose a daunting threat.

But once again, Prime Minister Benjamin Netanyahu pulled a rabbit out of his hat. With the help of US President Donald Trump, he brought about the peace treaty with the United Arab Emirates, postponing any moves to annex territories.

One cannot underestimate the importance of this achievement and what is likely to follow. It sets the foundations for Israel’s peace policy goals and demonstrates to the Palestinians that the Sunni Arab world today does not support their intransigency. It creates a new economic, social and security pact that will benefit the entire region and isolate Iran. Additional Muslim countries, outside the Iranian-Turkish bloc and its surrogates, will forge diplomatic relations with Israel. The Palestinians will then hopefully realize that there is no alternative to direct negotiations with Israel to bring about an end of conflict and peace.

Should Trump be re-elected, those seeking to undo Western civilization and promote anti-Semitism will be neutralized and the wide Arab-Israeli peace process is likely to expand across the region.

However, should Biden win, the situation may quickly deteriorate. Despite the advances reflected by the peace treaty with the UAE, a radical Democratic administration, bolstered by the Europeans, will continue seeking to pressure Israel to revert to the 1967 boundaries as a starting point for any negotiations and undermine any prospects to forge full relations between Israel and other Sunni states.

But if now we have a united Israel dominated by a centrist government, this will largely neutralize the “progressives” and Europeans who will no longer be able to claim that Israel is run by an extremist right-wing government. It may also encourage American Jewish leaders to speak out in our favor.

We desperately need to capitalize on this achievement and unite.

If that happens, setting aside corona, we have grounds for greater optimism in the regional arena than ever before. 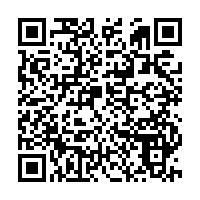