The American Israel Public Affairs Committee, commonly known as AIPAC, recently made headlines in almost every major media outlet when it wrongly and publicly criticized Israel’s just and proper decision to refuse to admit Jew-hating Israelophobes Rep. Rashida Tlaib (D-Mich.) and Rep. Ilhan Omar (D-Minn.) for a trip to so-called “Palestine” sponsored by a terror-promoting group Miftah. The congresswomen’s trip was designed to demonize Israel with numerous propaganda events to incite hatred and boycotts, divestment and sanctions against Israel, with the goal of ultimately bringing about the destruction of the Jewish state.


To many people, AIPAC’s public criticism of Israel was also surprising because it claims to support the policies of the democratically elected government of Israel.

However, its public criticism was actually indicative of a longstanding problem: On some key, vital existential issues, AIPAC opposes, fails to support or waters down both the will of the Israeli people and common-sense positions to protect Israel from danger. AIPAC’s stances on these issues are particularly harmful because it bills itself as the “pro-Israel lobby,” leading people to wrongly believe that all of its positions are shared by the Israeli public and Israeli officials.

Unfortunately, this has been happening for decades. And it has forced my organization, the Zionist Organization of America, Israeli officials and other security-minded persons to have to battle against AIPAC policies that harm Israel’s safety.

AIPAC’s harmful lobbying for a Palestinian-Arab state in Judea-Samaria (the “two-state solution”): This past March, AIPAC asked its thousands of policy conference attendees to lobby for purported “anti-BDS” House Resolution 246. This resolution was titled “Opposing efforts to delegitimize the State of Israel and the Global Boycott, Divestment, and Sanctions Movement targeting Israel,” and should have solely dealt with the subject in its title—namely, opposing BDS. However, there was a dangerous insertion into this resolution promoting a so-called “two-state solution”—the Orwellian term for creating an Iran-Hamas Palestinian Arab terrorist state. AIPAC conference attendees, whom ZOA spoke with, thought that they were solely lobbying for an anti-BDS resolution and were unaware that they were also lobbying for the creation of a Palestinian-Arab terror state.

ZOA publicly urged AIPAC to either remove the Palestinian state language or to stop lobbying for a resolution with such harmful, dangerous language. ZOA pointed out that the creation of a Palestinian-Arab state, which would place all of Israel in closer range of terror-groups’ rockets, was a greater danger to Israel than even BDS. Polls show that between two-thirds to more than 90 percent of the Israeli public opposes the creation of a Palestinian Arab state. The ruling Israeli party, Israeli Prime Minister Benjamin Netanyahu and the 2016 Republican platform likewise oppose such a state.

AIPAC ignored ZOA’s repeated pleas, the Republican Party platform and the will of Israel’s people. Instead, AIPAC continued to lobby for and obtained passage of the resolution with its dangerous Palestinian-state language.

“We would like to make our position clear that the establishment of a Palestinian state would be far more dangerous to Israel than BDS. Pressure to establish a Palestinian State … opposes the position of the Government of Israel and also opposes the position of the majority of the public in Israel. … Such a state would undoubtedly be a dysfunctional terrorist state, which would distance peace and undermine stability in the Middle East. … [T]he affirmation of support for establishing a Palestinian state is so dangerous that we respectfully request that you take that into consideration, and in the future avoid determining that establishing an additional Arab state on territory that is the Land of Israel is part of the solution to the dispute.”

AIPAC wouldn’t support the Taylor Force Act for a year until it was weakened to allow the Palestinian Authority to receive the most U.S. funding: AIPAC rejected ZOA’s repeated requests to support the initial strong form of the Taylor Force Law, which conditioned all of the annual $500 million of U.S. funding to the Palestinian Authority on ending its heinous $400 million per year of “pay to slay” awards to Arab terrorists to murder Jews and Americans. AIPAC instead waited until the bill was watered down, so that only a small part of the U.S. funding to the P.A. would be cut. AIPAC argued that the weakened bill would have bipartisan support; however, ZOA pointed out to AIPAC that the original bill already had bipartisan support.

AIPAC gives platforms to hostile anti-Israel voices: AIPAC conferences have given platforms to some voices that are hostile to Israel, along with more moderate and legitimate pro-Israel voices. Why does a pro-Israel lobby bother to give a platform to those who are hostile to its stated mission? Yet, for years, certain staunch pro-Israel groups, such as ZOA and representatives of Judea-Samaria communities, have been denied platforms at the AIPAC conferences and have had to resort to holding events “off site.”

AIPAC’s silence on key appointments and insults: AIPAC was silent about the prospect of anti-Israel Congressman Keith Ellison becoming the chair of the Democratic National Committee. AIPAC similarly failed to oppose various anti-Israel individuals, such as Charles Freeman and John Brennan, from being confirmed to important cabinet posts in the Obama administration and prior administrations. AIPAC also remained silent when a top Obama administration official called Israel’s prime minister a “chicken****.” AIPAC also didn’t speak up to support strong pro-Israel attorney David Friedman’s confirmation to become U.S. Ambassador to Israel or pro-Israel CIA director Mike Pompeo’s confirmation as U.S. Secretary of State. And when the ADL attempted to derail Mike Pompeo’s confirmation with absurd accusations of Islamophobia and former hostile-to-Israel ambassadors tried to block David Friedman’s confirmation, AIPAC was silent. It was ZOA that stepped up to the plate, and debunked the ADL’s and the former hostile ambassadors’ false assertions.

In so many instances, ZOA spoke up and asked AIPAC to do the same, but was met with silence.

AIPAC’s open, widely covered public criticism of Israel for rightly refusing entry to Tlaib and Omar was unfortunately just the tip of the iceberg. It’s time to examine other policies that AIPAC needs to change in order to live up to its billing as the “pro-Israel lobby.” 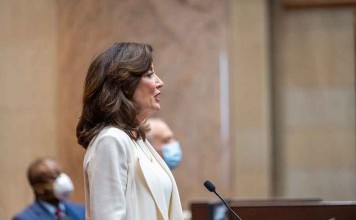 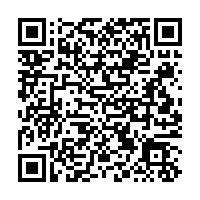