The Talmud of Eretz Yisrael, discussing the source for the law that mourning is observed for seven days teaches us:

Rabbi Yaakov makes a connection between the seven days Aaron and his sons are to observe now at the tent of meeting and the seven days before the Inundation started. Prior to that the Torah states: “wayith’asev el libbo” which means literally “and He was saddened in His heart” and was understood by the Rabbis to mean that “God mourned” (Bereshith Rabba)

Rabbi Yaakov may also have seen another hint to the nature of this watch of seven days in the fact that it is immediately succeeded by the death of the iniquitous Nadav and Avihu on the eight day. These seven days must have been a preamble of some sort to their deaths.

Accordingly, “God’s watch” has the general sense of “Divine Watch” which manifested in God’s refrain for seven days before destroying the World with the Inundation.

When God instructs Aaron and his sons to perform this watch for seven days before the demise of Nadav and Avihu on the eighth day, He does not disclose to them the nature or the reason for watch. Their observance of this watch is detached of any human emotion or reason.

We learn a universal principle from this teaching of the Talmud of Eretz Yisrael: Mourning is not just a social experience but also a cosmic phenomenon! The death of men, righteous or evil is a cataclysm whose repercussions are felt throughout the cosmos.

These universal principles seemed to have been well accepted by the Rabbis in Ancient Israel. Eicha Rabbathi, an ancient source from Eretz Yisrael teaches us in its prolegomenon: “There were three times when the servile angels wished to sing praise before God but God did not allow them: In the Generation of the Flood, at the [Red] Sea and at the destruction of the Temple”.

Although the eradication of evil and corruption by means of mass destruction is a necessary evil, it is still an evil in the cosmic plan and God will not allow even His Heavenly Abode to celebrate it. The death of men, and to be sure evil men aimed at destroying God’s people, is not an occasion for joy. The Late Midrash, Yalkut Shimoni (Beshalah and others), referring to the very Egyptians that pursued the Jewish People into the Red Sea expresses this idea most naturally: “The creations of my hands are drowning and you are singing praise before me? ”

The Talmud of Eretz Yisrael and related sources from the Land of Israel teach us that death, even when inevitable and absolutely necessary is nevertheless a cosmic tragedy. By the same token, mourning the death of a person is not just an emotional humanitarian experience, but the execution of a cosmic principle engraved in the workings of God’s Universe. 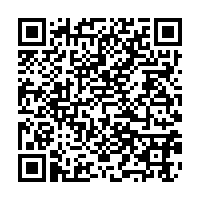