Last Friday, the leaders of the Conference of Presidents of Major American Jewish Organizations announced that the Conference’s nominating committee had selected Dianne Lob, the former president of HIAS to run unopposed for the position of chairman of the Conference’s Executive Board. Her election is scheduled to take place on April 28.

The Conference of Presidents – an umbrella group that comprises 53 Jewish American organizations – is widely viewed as the most important Jewish organization in the United States.

Why is Lob’s selection important? On the face of things, it was unremarkable. People who have known Lob for decades describe her as a garden variety New York Jewish liberal whose views on Israel are in keeping with the views of the vast majority of American Jews.

Members of the Conference of President, for their part, claim not to know her at all. During her term as chairman of HIAS, from 2016-2019, she didn’t participate in major Conference events like its trips to Israel and Saudi Arabia.

HIAS was established at the end of the 19th century under the name Hebrew Immigrant Aid Society, to assist the hundreds of thousands of penniless Eastern European Jews who were immigrating at the time to the US. The last major group of Jewish immigrants HIAS was involved in resettling in the US were the Jews who left the Soviet Union between the 1970s and 1990s.

In 2014, HIAS officially set its Jewish roots aside. It abandoned its full name in favor of its acronym. HIAS CEO and President Mark Hetfield claimed that the world “Hebrew” is exclusionary.

As the Zionist Organization of America documented in a letter to the heads of the Conference of Presidents following Lob’s selection, in a declaration before a US federal court, HIAS attested that the refugees they serve today come from “Syria, Iraq, Iran, Sudan, Somalia, Ukraine, Bhutan, the Democratic Republic of Congo, Afghanistan, Eritrea, Tanzania, Ethiopia, Burundi, South Sudan, Uganda, Russia, Belarus, and Burma, among other countries. Many of these clients are Muslim.”

Lob herself attested that 90% of the Syrians and 60% of the Iraqis that HIAS brings to the US are Muslim.

HIAS’s contribution to Muslim immigration to the US is significant for two key reasons: First, it is indisputable that many of the Muslims immigrating to the US are anti-Semitic. As ZOA noted, “According to the ADL Global 100 Anti-Semitism Index, in 16 Muslim majority Middle Eastern countries, 74% to 93% of the population is antisemitic.”

So by bringing Muslims from Syria and Iraq to the US, HIAS is in all likelihood bringing anti-Semites to America.

HIAS collaborates with nominally Jewish anti-Israel groups like Jewish Voice for Peace and IfNotNow. Both groups are leading actors in the anti-Semitic BDS campaign against American Jews and Israel.

In June 2017, Hetfield and HIAS Vice President Rabbi Jennie Rosenn joined JVP, IfNotNow and other pro-BDS groups in signing a letter defending Linda Sarsour, the anti-Semitic Democratic political activist who has called for Israel’s destruction. Sarsour has publicly supported Hamas and Nation of Islam leader Louis Farrakhan, who himself is a vocal supporter of Adolf Hitler.

In Israel, HIAS works with other leftist extremist groups to prevent the deportation of illegal aliens from Sudan and Eritrea. This week they launched a protest with the Anti-Defamation League in Israel demanding that Israel expand the rights of illegal aliens who have lost their jobs due to the coronavirus pandemic.

Does Lob, who was the chairman of the board of HIAS from 2016-2019 support the close cooperation with terror-affiliated groups and anti-Semites that HIAS maintained under her leadership?

She says she doesn’t.

According to sources briefed on the details of Lob’s meetings with the Conference’s Nominating Committee, Lob said she was not involved in Hetfield and Rosenn’s decision to sign the letter defending Sarsour.

In a letter Lob sent to the members of the Conference after she was nominated to run unopposed for the chairmanship of the Conference’s Executive Board next Tuesday, Lob expressed a deep commitment to Israel and opposition to efforts to delegitimize the Jewish state. She referred to the BDS campaign as “reprehensible.”

If Lob lied to the nominating committee and in her letter to the Conference members, and if she secretly shares the extreme pro-anti-Semite and anti-Israel positions of the extremists who control HIAS, then next Tuesday, the leadership of the Conference of Presidents will be transferred to a woman who opposes the values shared by 95% of American Jews.

If Lob told the truth to the nominating committee then she is shockingly incompetent. Because if she is telling the truth that means that for three years, she oversaw an organization that openly collaborated with groups with known ties to terrorist organizations and supported anti-Semites actively involved in the “reprehensible” BDS campaign against American Jews and against Israel. Presumably, Lob will bring the same incompetence with her to the Conference of Presidents when she takes over as chairman on Tuesday.

Conference officials say that even if Lob wants to transform the organization into a HIAS knockoff she won’t be able to. The conference’s bylaws and regulations and the rules of its executive committee obligate conference leaders to operate in line with the Jewish consensus.

Assuming these officials are right, the best-case scenario is that starting Tuesday, one of the most important organizations in the American Jewish community will be paralyzed.

Lob and her colleagues won’t be able to advance anti-Israel and pro-anti-Semitic policies. But with her at the helm, the Conference won’t be able to advance significant measures to support Israel and fight anti-Semites and anti-Semitic groups like Sarsour and Hamas. Such efforts will be stymied by Lob and her colleagues who will claim that they are “outside the American Jewish consensus.”

Lob’s selection came as a complete surprise to Conference insiders. She beat out two candidates with far more organizational experience and centrist credentials. But in truth, her selection is of a piece with recent developments in other key organizations.

Her rise doesn’t reflect a major radicalization of American Jews. Rather, it is the product of a long-term effort by a small cohort of deeply radical hard leftists within the American Jewish organizational world. They are anti-Zionist and pro-anti-Semitic. They are sympathetically inclined towards the BDS campaign. They are often hostile towards traditional Judaism and Orthodox Jews.

And they are scope-locked on their goal of taking over or neutralizing the large American Jewish organizations.

Facing these activists are the leaders of the large organizations. Many are retirement age or nearing retirement age. Many have failed to cultivate or recruit competent successors. Many are simply weak. The constituents these leaders serve – or don’t serve – are largely uninvolved, and unaware of what is happening.

Six years ago, these radical activists tried to bring J Street, (the anti-Israel group that supports the Palestinians and supports the Obama administration’s nuclear deal with Iran) into the Conference of Presidents. Their efforts failed. Only 17 of the conference’s 52 members voted in favor. The activists behind the move reacted with rage to the vote. Conference of Presidents leaders and leaders of member organizations were vilified in the media. Most of them are unwilling to relive the experience. And whereas the J Street vote was by secret ballot, Tuesday’s vote will be a rollcall vote on a Zoom meeting.

The Conference of Presidents isn’t alone. In 2014, Abraham Foxman retired from his position as president of the Anti-Defamation League after 28 years. Foxman did not groom a successor. In the event, he was replaced by Jonathan Greenblatt, an Obama White House alumni and environmental activist with no history of Jewish organizational work.

Then there is AIPAC. Since J Street was established in 2007 to compete with AIPAC and began lobbying Democratic lawmakers to diminish their support for Israel, AIPAC has been steeped in an existential crisis.
Most of AIPAC’s members and donors are Democrats. Consequently,

AIPAC’s leaders have shied away from opposing the party’s abandonment of Israel. In the rare instances where AIPAC has stood up to the rising anti-Israel forces in the Democratic Party, its protests have been followed rapidly by groveling apologies.

AIPAC President Betsy Korn was a member of the nominating committee that selected Lob.

Israel can fight this trend. But to do so it needs representatives in the US that will be willing to confront powerful, Jewish extremists on the left and empower and inspire the silent, exhausted and uninvolved Jewish majority. 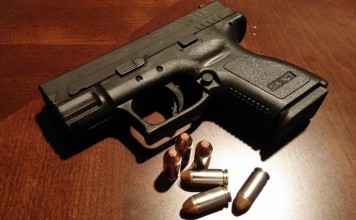 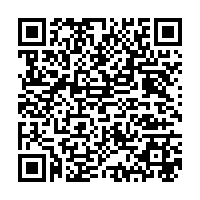