{Written by Michael Yadov and originally posted to the MIDA website}

In a report published on October 16, 2018, The Mellman Group provided a summary of its survey results of political preferences of American Jews. The survey was conducted on behalf of the Jewish Electorate Institute. The respondents of the survey were screened for Jewish identity and likely participation in the November 2018 general election. While many parts of the report may not be surprising, those that relate to Israel are quite instructive and if true, are concerning.

What did the survey teach us about the American Jewish perspective on Israel? We learned that 92 percent consider themselves pro-Israel. In nominal terms, this is an overwhelming show of support. However, just 52% of the respondents said that a candidate’s support for Israel is at least “very important” to them.

To provide some context, Israel’s 52% ranked far below the Supreme Court (90%), economy and jobs (87%), universal healthcare (83%), and “making taxes more fair” (80%). While individuals are entitled to their own political priorities, it is instructive that for nearly a half of the respondents (most of whom consider themselves pro-Israel), Israel does not qualify as “very important.”

With this in mind, it is reasonable to question the meaning of being “pro-Israel” in political terms for a significant part of American Jewry.

The survey also provides insight with regard to Jewish perception of President Trump vis-à-vis Israel. As of this time, from an Israeli perspective, the Trump administration has objectively acted as the friendliest American administration toward Israel. In many ways, the Trump administration has changed the paradigm from prior administrations. Some examples of the Administration’s paradigm-changing policies toward Israel include the relocation of the embassy to Jerusalem, the pullout from the Iran nuclear deal (JCPOA), tireless support for Israel in the UN by Nikki Haley, taking UNRWA to task for its corruption and hypocrisy, and even notable changes to the annual State Department report about the Territories.

Given all of the above, it is reasonable to expect the vast majority of the Jews who surveyed as supportive of Israel to give President Trump credit at least for his handling of US-Israeli relations. Being objective, “pro-Israel” Jewish voters who do not like President Trump could disagree with the President on every other issue, however they would need to give him credit for a substantial improvement in US-Israeli relations after the Obama fiasco (e.g. failure to veto United Nations Security Council resolution 2334). However, only 35% of those who disagree with President Trump overall, approve of his handling of US-Israel relations.

A form of horn effect cognitive bias may be present; as the respondents already dislike President Trump, they appear incapable of giving him credit even when it is warranted. And so, only 51% of the surveyed respondents approve of the President even on this seemingly straight forward matter.

At the same time, former President Obama enjoys a 72% approval rating despite his often-adversarial relations with Israel. The message this sends to the political candidates is that Israel is only a marginally important issue for a significant number of Jewish voters, and thus political gains could be made by leveraging Israel to placate the anti-Israel crowd.

Interestingly, it appears that for many Jewish voters any policy supported by the Democratic party vis-à-vis Israel is considered “pro-Israel” regardless of the policy’s perception in Israel or its actual impact. As an example, in the survey, 56% of the respondents disapprove of the relocation of the US embassy to Jerusalem and 70% do not approve of the President’s handling of the Iran nuclear deal. It is safe to say that the vast majority of Israelis are firmly in favor of President Trump’s position on these issues.

Hence it is apparent that many American Jews may feel fondness for Israel, but do not have sufficient respect for the people of Israel to determine what is good for Israel. As such, many American Jews appear unwilling or incapable to appreciate as pro-Israel a policy that is supported by the clear majority of Israelis if this policy does not align with their own political identity. In this perspective of at least some American Jews we can observe a degree of colonialist condescension aimed against the Israelis.

Regardless of its intent, The Mellman Group study shows that most American Jews do not appear to have a strong enough political interest in Israel to have it influence their vote. For a significant portion of the population, Israel does not even constitute an important political consideration. Many American Jews appear to lack a local perspective when assessing American policy with regard to Israel, and uniformly identify with their party’s policies as best for American-Israeli relations. In doing so, American Jews tend to discount the Israeli perspective and do not fully appreciate Israeli democracy.

Lastly, it would seem hypocritical for a significant portion of American Jewry to complain that Israeli leadership should take their subjective political views into account, while they disregard the views of Israelis (notably on issues of national security), and while they admittedly do not consider Israel an important enough issue on the spectrum of their own political priorities. 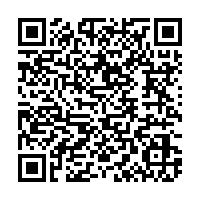