Many Americans who proclaim to support Israel – including leaders such as UJA’s president Alisa Doctoroff or Rabbi Gordon Tucker & Temple Israel of White Plains – still give to the NIF, thus advocating for the labeling initiative that just occurred.

Naomi Paiss, NIF VP for Public Affairs said just a short while ago, “..the NIF will not deny funding to organizations that call for a boycott of settlement products, assuming they meet our other rigorous funding criteria.” She added, “We who uphold democratic values including freedom of expression, and who differentiate between Tel Aviv and Kfar Tapuah, are the majority” – and provides support for this hateful initiative.


The World Jewish Congress’ this week Wednesday said the European Union was guilty of applying “blatant double standards” and deliberately singling out Israel for special measures, and the ADL called it wrong and hypocritical.

The New Israel Fund is an extremist organization, and we know many of the American Jews who choose to fund this organization and call upon them, for their love of Israel to stop supporting this group. Barbara and Eric Dobkin, Sally Gottesman, Murray Koppelman, The Nathan Cummings Foundation, Bryna Linett, Carole & Saul Zabar, Irwin Jacobs, William and Sera Goldman, The Jim Joseph Foundation, Jewish Communal Fund, Dr. Gabor Herman, Leichtag Foundation, Lopatin Foundation and Edith Everett: You cannot support a group that helps Europeans to practice Anti-Semitism against Israel. Please stop. 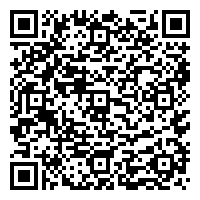