We have entered a dark period in American Jewish history. Nine mainstream Jewish organizations just declared war against Israel and America’s Jewish community. There is no other way to read a new letter they addressed to President Trump.

While all clearly aligned with the left, the signatories are hardly fringe groups. The Central Conference of American Rabbis and the Union for Reform Judaism represent the leadership of the Reform movement. Joining them were the United Synagogue of Conservative Judaism, its Rabbinical Assembly, and MERCAZ, the Conservative movement’s Zionist affiliate. These groups, plus the Anti-Defamation League – arguably the most valuable brand in organizational Jewry – Ameinu, and the National Council of Jewish Women are all members of the Conference of Presidents of Major American Jewish Organizations.


With the results of Israel’s election still trickling in, these groups called upon the president to reject a position that almost 85 percent of Israelis support as critical to their security in favor of their own progressive preference for rewarding anti-Jewish terror. They demand that Trump embrace a failed “two-state solution.”

After years of spin and lies about what it would mean to create a Palestinian state, it’s important to understand where Israel actually stands on the issue. In the newly-elected Knesset, parties that campaigned on any form of a two-state solution will hold only 10 seats out of 120.

Netanyahu’s center-right Likud and Ganz’s center-left Blue-and-White – together accounting for 70 seats – advocated variations on the status quo, in which Israel exercises security control over Judea and Samaria while granting broad autonomy to peaceful Arab cities and villages. The remaining 30 seats will go to parties even less willing to gamble with Israeli security than is the Likud.

Meanwhile, President Trump ran on a Republican platform trusting Israel to know what is necessary for its own security, refusing to force Israel to risk the lives of its citizens, and rejecting the widely-accepted dangerous lie that Israel is an occupying power.

He has governed accordingly. His protection of Israel against the depredations of the United Nations and International Criminal Court has been extraordinary. His recognition of Jerusalem, the Golan Heights, and the truth about both the Palestinian Authority and Palestine refugees has been long overdue.

Overwrought threats of catastrophic Arab eruptions proved baseless; instead, under Trump, Arab states have become increasingly open and accepting of the Jewish state.

The signatory organizations opposed every one of President Trump’s pro-Israel actions. Worse, they’ve defamed and vilified the president at every turn – including accusing him of anti-Semitism. Likewise, they’ve savaged Israel’s prime minister. Now they attack Israel’s democracy.

They have no credibility, no influence in this White House, and they’re not dumb. If they truly believed they had something useful to offer, they’d work through quiet back channels, keeping their fingerprints as faint as possible. Their very public letter cannot plausibly be taken at face value or as any kind of good-faith overture.

What are they really doing? The answer is evident, political, and ominous. Far from representing the interests of Jews, these organizations serve an ascendant progressive movement growing more aggressive in its anti-Semitism. The leadership clique of America’s Jewish mainstream is protecting a Democrat Party that no longer resists the anti-Israel BDS movement, that embraces anti-Semitic hatemongers like Black Lives Matter and the Democratic Socialists of America, and that welcomes into its own ranks anti-Jewish predators like Ilhan Omar and Rashida Tlaib.

Rather than fighting the looming threats to the largely assimilated American Jewish community they claim to represent, these groups are preemptively blaming Israel and its supporters for the anti-Semitism to come from their political fellow travelers.

Their letter is part of a synchronized strategy. J Street simultaneously launched an equally transparent social media campaign urging Democrats to do what they already are doing: nullify Israel’s democratic process and intensify their rejection of Israel’s efforts to survive. And four of the Congressional Democrats closest to AIPAC threatened Israel that future support is contingent on submitting to the Democrats’ demand for an independent state of Palestine in the historic Jewish heartland.

All of this is terrible; none of it is surprising. Every one of these groups has long shown more concern with supporting Democrats than supporting Israel. Big-business AIPAC is just trying to stay alive. For it, the value of the illusion of bipartisan consensus has always trumped Israel’s actual policy preferences, especially on the two-state issue.

As for the rest, now that anti-Israelism has become the price of membership on the left, they’re merely reverting to their roots, returning to the radical anti-Zionism that dominated Reform and socialist circles until the State of Israel’s founding.

Surprising or not, however, what makes these campaigns truly grotesque is their duplicity. Not only do they reject Israel’s sovereignty, democracy, and security, they do so while claiming to be pro-Israel, and in the name of Jewish values and democracy. It is because of their aid and comfort that the Democrats are, as a party, surrendering to the same radical left anti-Semitism that has overtaken the UK Labour party.

Washington has long seen through these groups’ charade. Now American Jews must as well. Will American Jews follow those who militate against the Jewish state in order to give cover to the Jew haters in their party, or will they stand up for Israel and the Jewish people and fight to take back their party from the haters? 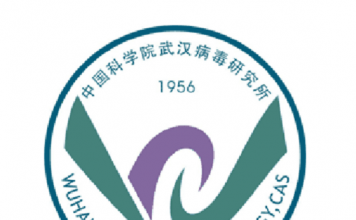 Too Many Coincidences: Probable that Lab Leak in Wuhan Led to the COVID-19 Outbreak