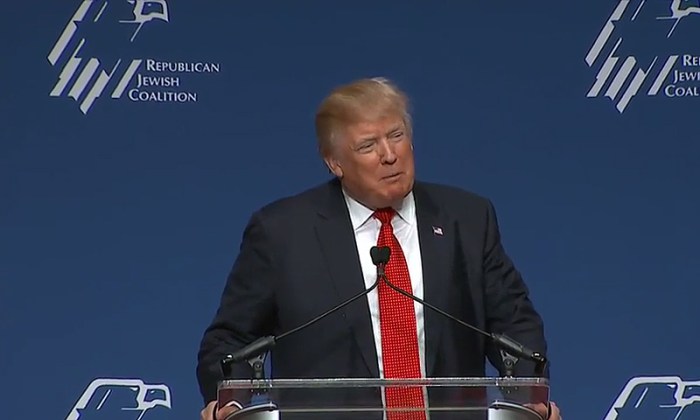 The crowd was largely, although not entirely, Jewish. A slew of international and U.S. press was in attendance, ranging from the CNN, NBC, The New York Times – actually, not much of a range at all.

The Republican Jewish Coalition Leadership Meeting in Las Vegas from April 5-7 had me baffled. The program – which included speeches by Vice-President Pence, Senator Lindsey Graham, House Minority Leader Kevin McCarthy, and President Donald Trump himself – was held on Saturday. As in, Shabbos.


The speeches hailed the achievements of the president and the Republican Party. “Even only one of [Trump’s] pro-Israel actions,” Senator Norm Coleman proclaimed, would have been enough to earn our gratitude. “Dayenu,” concurred the crowd. Some speakers reflected on the unabashed resurgence of anti-Semitism in this country. Others rallied the audience to support the president in the next election.

One could see numerous red “Trump” yarmulkes in the crowd as well as signs that read, “We Are Jews For Trump.” Lunch was kosher, supervised by Chabad’s Rabbi Tzvi Bronchtain. There were Mincha, Maariv, and Shachrit for those who chose to participate, as well as a Friday evening Shabbos dinner.

But the main event was held on Shabbos. It certainly was confusing. And what message did it send the millions of non-Jews around the world who tuned in to listen to the president’s speech?

No wonder there are so few of us left. So many of us are slaughtered, and those who aren’t don’t seem to have the strength or fortitude to swim upstream. They succumb instead. But when, oh when, will Jews (and well-intentioned Jewish organizations) recognize that it is not we who are supposed to be like them. The opposite, in fact, is true. G-d chose us to set the standards.

But who can respect us if we don’t respect ourselves? Defying the sanctity of what keeps us who we are – Shabbos – was not only a Chillul Hashem but broadcast disrespect for our own religion to millions of people.

President Trump said many things that pleased the audience at the Republican Jewish Coalition Leadership Meeting, but his most significant message were the first words he spoke upon reaching the podium to address the Jewish audience: “Shabbat Shalom.”

Thank you, Mr. President, and may your words inspire a massive Jewish awakening. 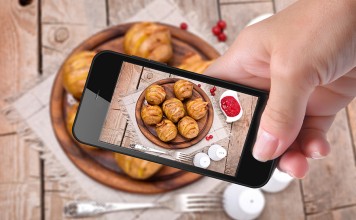