I was very excited when I heard that Cantors World was being revived. Who can forget the wonderful performances brought to us by Cantor Benny Rogosnitzky and Charlie Bernhaut, founders of Cantors World, several years ago? I remember when Chazzan Helfgot performed with the New York Philharmonic at the Metropolitan Opera House in 2006. He literally took my breath away. My husband, Ivan, actually rose from his seat (extremely unlike him) in the middle of the performance in awe.

And then there was the annual Shabbat Chazanut. Rabbi Dr. Abraham Twerski was the rabbi at those weekends. Ivan and I never missed one and we met so many like-minded people from all over the country. But that was then, and Cantors World has been sorely missed for the past few years. So it is no surprise that I was one of the first to register when I heard that Benny and Charlie were once again sponsoring a Shabbat Chazanut. Sadly, my beloved husband is no longer alive to join me; he would have been as thrilled as I was to attend the event.

It was magic from the moment I arrived at the beautiful Hilton in Woodcliff Lake, N.J. Kabbalat Shabbat was very special, rendered in the Carlebach style and led by Yehuda Green, who really reminds one of the late Rabbi Shlomo Carlebach. Then came Maariv, enhanced by Chazzan Motzen’s beautiful voice.

The rabbi was the internationally known maggid Rabbi Paysach Krohn. I always say I can listen to him many times over. He never disappoints; his words of Torah are interspersed with stories that bring home the point. We heard his divrei Torah throughout Shabbat.

Dinner was delicious thanks to Greenwald Caterers, and the table presentation, with beautiful flowers, was the work of the well-known Tammy Carmona. My tablemates enhanced the meal for me. I sat with Helen and Charlie, Eugene Yidel Weiser of the Chassam Sofer shul on the Lower East Side, and Ricky and Kalman Groner of Waterbury, Connecticut. (Kalman has a very good voice and enjoys chazzanut.) Deena and Josh Bernstein from Lawrence and Sara and Howard Gruenspecht of Teaneck were delightful people to sit with. Rounding out our table were Ari Lichtman of Baltimore and his 13-year-old son, Moshe. When I expressed surprise at the presence of so young a boy, Ari said Moshe has loved chazzanut from an early age. I was very impressed and told them I think this is something parents should encourage.

After the meal we heard stories and Torah from Rabbi Krohn. After that I wisely skipped the impressive Viennese table and went to bed.

Shabbat morning saw me in shul right from the beginning of tefillah. Chazzan Motzen davened Shacharit, accompanied by the Hampton choir. He has a beautiful voice and a wide octave range. For the Torah reading we partnered with the Loshinsky family who were celebrating their son’s/grandson’s bar mitzvah. Yehuda Loshinsky read the Torah flawlessly, in his sweet young voice. It was good to see his grandparents, Moshe and Miriam Loshinsky, neighbors of mine from Diskin Street in Jerusalem and long- time members of Rabbi Berel Wein’s shul in Israel.

After the Torah reading there was a sumptuous Kiddush feast, but I couldn’t wait to get back to shul for Mussaf with Chazzan Helfgot.

The prayer for the welfare of the soldiers of the Israel Defense Forces was so exquisite that I was crying. Yes, something can touch the soul so deeply that it brings tears to the eyes. Chazzan Helfgot, together with the choir, used a tune I had not heard before for that prayer. I will long hear it in my heart. Av Harachamim was another unbelievably beautiful tefillah, especially Harninu Goyim ( the melody actually composed by Cantor Motzen). It reminded me of the years my chazzan, Pinchas Cohen of the Manhattan Beach Jewish Center, used to sing that particular tune. He would say afterward that he sang it especially for me.

At the delicious seudah that followed, all my table mates agreed the davening was heavenly. And in this case, “heavenly” is no overstatement. It is hard to describe the majestic voice of Chazzan Helfgot.

Throughout the meals the Mezamrim choir went around to all the tables singing zemiros in their beautiful voices.

Motzaei Shabbat we had a musical Havdalah with Yehuda Green and everyone bursting into song afterward. Later that night came the long awaited concert.

Cantors World partnered with Rachashei Lev for this weekend. Rachashei Lev is a national support center for cancer-stricken children in Israel. Rachashei Lev does everything for children with cancer and their families, including having built the campus of the Zholty Children’s House on the grounds of Tel Hashomer Hospital (Sheba Medical Center). The campus includes guest suites and an activity center, a home away from home for children who have to undergo chemotherapy and their families. During the concert we saw a video highlighting the wonderful work Rachashei Lev does, and we heard from a mother of a little boy with cancer.

The concert featured chazzanim Helfgot and Motzen. Chazzan Motzen was a big hit with his singing and his acting out the famous song of a chazzan who goes for a prubbeh (tryout). After the concert and the melaveh malkah with all the wonderful food, there was an open-mike karaoke for budding chazzanim.

On Sunday morning I attended a session with Charlie Bernhaut on the history of chazzanus. We heard clips of world famous cantors Yossele Rosenblatt and Moshe Koussevitzky and others.

Throughout the weekend Rabbi Moshe Fuchs of the Bronx and Far Rockaway kept everything running smoothly. When I see him at an event I know we are in good hands. And when he auctions the aliyot to the Torah, for a charity, no one can compare to him.

Music is the language of the soul, and chazzanut – especially when the chazzan is a yirei Shamayim – takes that old truism to the ultimate level. I always feel my prayers have a direct line up to heaven when led by a chazzan. I think it is a loss that there are so many shuls today that have dispensed with the chazzan. I also feel sorry for children who are not exposed to chazzanut.

But judging from the turnout this past Shabbat, I’m optimistic that Cantors World will succeed in returning chazzanut to its rightful place. And I’m already looking forward to future events and next year’s Shabbat Chazzanut. 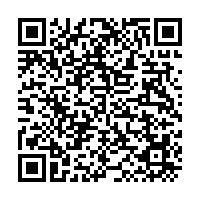