It is not every day that we can do something simple and easy that will provide tremendous short and long term benefits for Jews in Israel and worldwide. Often, our dinner-table debates have no impact, but today we can actually make a difference. But time is short – we must act before April 30.

The Israel-based World Zionist Organization, the WZO, has a direct impact upon the way both private donations and Israeli government funding – hundreds of millions of dollars – are spent to encourage aliyah, build new communities throughout greater Israel, and service Jews and Jewish communities in Israel and abroad.


Its decisions affect whether the shlichim sent by the Jewish Agency to communities around the world are Torah observant or not, the type of conversion encouraged by those and other representatives of Israel, the nature of the Jewish education provided to thousands in the former Soviet Union, South America, and small communities in Europe, as well as many other areas of critical concern.

The WZO purports to represent world Jewry, with elected parties that reflect the sizes of their constituencies – similar to the parties in Israel’s Knesset. It has major influence with Knesset representatives and government officials.

Voting for representatives to the next WZO Congress is now in progress; it ends on April 30. The greater the Orthodox representation in the Congress, the greater our influence will be upon Knesset decisions affecting millions of Jews in Israel and beyond.

This is not a situation in which a large sum of money will be spent either on behalf of Torah or on neutral activities that might or might not be beneficial. On the contrary: if the funds and influence are not used to invest in authentic Judaism and in Torah education, much of these resources will be spent trying to change Jewish tradition and the religious status quo in Israel.

Will Orthodox standards be preserved, and funding for Torah endeavors maintained or increased, or will the very meaning of the word “Judaism” – and critical matters such as conversion, marriage, divorce, Shabbos and Kashrus – be watered down to the most liberal of American definitions?

Consider the battle in Israel today for the definition and future of Judaism in the Jewish state (and across the Jewish world). The previous government radically decreased support for Torah, threatened imprisonment for young men who remain in yeshiva, and endangered authentic Jewish standards and the offices that preserve them. Much of the agitation for these changes came from liberal American movements, which claim to represent the majority of American Jews but in actuality face a lack of interest and involvement from their purported members – only 25 percent of American Jews are now members of their synagogues and temples, hardly the 90 percent they claim to represent.

It is precisely because these American movements are in decline and losing relevance that they have taken their fight to Israel, hoping to regain recognition and legitimacy on holy ground. They are allocating serious financial and manpower resources to acquire votes – in the words of the Reform movement itself: “a successful election… is the single most effective way for the Reform movement to influence policy and shape the society of Israel.”

Meanwhile, Mercaz, representing the American Conservative movement, plans to leverage a successful performance in this election to demand full recognition of conversions, marriages and divorces failing halachic requirements, and to divert funding from shuls and yeshivas to build and support Conservative synagogues.

Millions of WZO dollars were distributed over the past several years to support the agenda of liberal American movements, and they hope to receive a still larger share of the pie this time around. This is a key moment for Orthodox participation. We can easily match and exceed their efforts.

We are all well aware that Orthodox Jewry is much younger, expanding rapidly, and that our typical family stays active and within Orthodoxy. Yet what is self-evident to us is unknown to the typical Israeli, the typical Member of Knesset, and even to many of those who represent the “Jewish establishment” here in America. Now is the time for the Orthodox community to step forward and show our strength and our commitment.

If and when the majority of votes in the WZO election’s North American section come from the Orthodox, this will dramatically change the perception of who is American Jewry. Knesset members will recognize that the Orthodox community represents the majority of active Jews in the United States – those deeply committed to the future of Judaism and the welfare of our brethren in the Holy Land. The liberal movements are claiming members who are, sadly, disappearing from the Jewish community and losing interest in Israel.

Israel’s chief rabbi, Rav Dovid Lau, recently told me that the Torah community’s turnout in this election is extremely important. I encourage you to vote for the Religious Zionist slate (slate #10) to preserve Torah standards and oppose the efforts of the liberal American movements. Every one of us who does not vote gives non-Torah voices greater influence, with repercussions for our brethren in Israel and beyond.

Dialogue with your rabbi and colleagues, with family and friends, and cast your ballot for the Religious Zionist slate at www.myvoteourisrael.com. Please see www.voteTorah.org for additional information about this important election.

Your voice will not only count today, but will have ramifications in Israel, and around the world, for years to come. 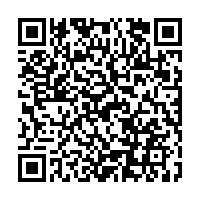