Many Holocaust survivors did not know Abraham Klausner, a Reform rabbi who died last week at the age of 92, but he had a profound influence on those who lived in post-war Germany and Austria.

Klausner, who was an American Jewish chaplain, arrived at Dachau during the third week in May of 1945. (He was not the first Jewish chaplain to enter the camp, as a number of Jewish papers reported.)


Convinced there would be nothing for him to do in Europe at the end of the war, he volunteered for duty in the Far East. Instead, he was assigned to the 116th Evacuation Hospital Unit at Dachau. Since he could not assist the doctors and nurses tending to the sick, he was relegated to signing death certificates and burying the dead.

Just before his unit was ordered out of the camp on June 2, 1945, a man who was so ill that he was restricted to the barracks asked in a very distinctive voice if Klausner knew his brother. He did. Chaplain Abraham Spiro, an Orthodox rabbi, had come to Europe with him on the same ship.

After reuniting the brothers, Klausner realized the need for survivors to find their families. He planned to compile and publish lists of survivors and distribute them throughout the world. Before he could implement the project, his unit was ordered out of the camp and sent to a resort a hundred miles away. The men in the unit had been in Europe since the Anzio campaign, and needed a rest. As the truck left to go back to Dachau, Klausner jumped on board. He would not abandon his fellow Jews.

This was a very chaotic period in Europe, and chaplains and other officers helped him finesse his unorthodox and unauthorized mission after his return. He immediately began working with the survivors to assemble six volumes containing lists of survivors in Bavaria. This was the first major attempt to communicate with Jews in the West.

Rabbi Klausner used the foreword of the first of the Shearith Hapletah volumes to comfort the survivors and inform them of their rights. On a special page, titled “Regarding Your Rights,” he assured the survivors that they did not have to return to their former homes; were able to decide the question of their repatriation freely and not under intimidation from the military that wanted them out of its jurisdiction; and that immigration issues would be resolved on an individual basis when the American Jewish Joint Distribution Committee (JDC) arrived. He pledged to do everything in his power to reunite them with their families as soon as possible.

The displaced persons (DPs) presented unique and difficult problems to the American military government, which wanted to assist them but failed to understand the specific problems liberation posed for the Jews. The military government, responsible for re-establishing communication and transport behind frontlines, not administering and governing, failed to recognize that the Jews, having been singled out for destruction, required psychological and spiritual assistance as well as material aid. Conditions in the camps were deplorable and the Jews lacked the freedom to choose their own destiny.

From the army’s perspective, the logical solution was to repatriate the DPs as soon as possible. Of the more than 200,000 European Jews who were in Germany and Austria at the end of the war, many were reluctant to go back to their “homelands,” particularly the Jews from Poland and Lithuania, a large portion of the survivors. Some of them – the exact number is unknown – went back to search for family and friends before returning to Germany.

Klausner unilaterally declared that the Jews had a right to communicate with their family and relatives. No mail service existed and civilians were prohibited from using the army postal system. Against army regulations, Klausner encouraged the Jewish displaced persons to give their mail to camp leaders who then forwarded it to him. He then sent the correspondence under his name and address to the National Jewish Welfare Board in New York to sort and mail to all parts of the world.

Knowing that the army was besieged with requests from DPs of all nationalities, Klausner offered to relieve the military of some its responsibilities for the Jews by creating separate Jewish camps. There they would be protected from harassment from non-Jewish inmates. On his own, Klausner established separate hospitals for the hundreds of Jews who were traumatized at the thought of being treated by German physicians. 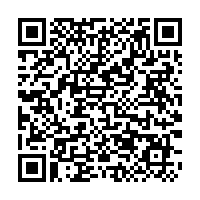