On Tuesday, Israel’s Government Press Office released photos from the Nature and Parks Authority showing Hamas’ use of innocent creatures for terror purposes.


The photos were of a dead falcon that was sent across the border from Gaza with flammable material tied to its tail.

This was the latest development in the current wave of Hamas terror that began on March 30. A new tactic has been the launching of incendiary kites and balloons towards Israeli territory. To date, they have ignited over 1,000 fires, destroying 82,000 acres of forest and agricultural land.

The torched areas include nature reserves. Many animals have been burned to death. Others have lost their natural habitat.

In the video, Portman praises late Nobel Prize-winning Yiddish writer Isaac Bashevis Singer for his outspokenness against cruelty to animals.

Singer’s “family grew up in the same part of Poland as my family, and like them, they fled the horrors of the Holocaust,” the actress says in the video. Singer was remorseful for having pulled the wings off flies when he was a little boy, and since then had “prayed for forgiveness,” she adds, quoting the renowned author.

“The experience appears in his novel Shosha,” Portman continues, “in which the narrator laments, ‘We do to God’s creatures what the Nazis did to us.’”

Indeed, last summer, on the anniversary of the Warsaw Ghetto Uprising, Mathews attended a ceremony at Singer’s home, which is now a museum. Mathews’ email, in which he introduced himself as “a veggie Jew of Polish descent,” included a video of that event.

“I’ve been working to highlight Singer’s maverick animal advocacy both here and in his homeland, where very few Jews remain and he is largely unknown,” he wrote in the email.

According to PETA’s website, Mathews “is the creative force behind many of PETA’s colorful crusades…

“Dan’s accomplishments include convincing Calvin Klein to stop designing with fur after leading a raid of his office, pressuring GM to stop using animals in crash tests by storming the auto company’s float in the Rose Parade, and lobbying Gillette to halt tests on animals by wheeling a TV into the company’s cafeteria to show graphic undercover footage of the gruesome experiments…”

WIN emailed Mathews, explaining that the acres of land burned by Hamas over the past three months include nature reserves. WIN attached photos of the dead falcon and of two animals wandering in what had been their habitat but was now destroyed, asking if PETA will come out and condemn the cruelty inflicted by Hamas against defenseless animals.

Furthermore, will Portman, who recently refused to accept the prestigious Genesis Prize in Israel, also condemn Hamas’s cruelty to animals?

“As human beings, all of us at PETA are concerned about human civilians, including children, and other living beings caught in the line of fire of any conflict. As an animal-protection organization, PETA notes that animals claim allegiance to no nation, don’t choose sides, and must rely on human beings to show them mercy, and it’s unacceptable to use them as weapons of war.”

The response was also posted on Twitter after a significant number of social media users also demanded a reaction from PETA regarding Hamas’s cruelty to animals.

WIN emailed back, asking: Will PETA demand that Hamas stop this animal abuse? Perhaps a campaign of pressure, as it has done in other instances?”

WIN also requested a statement from Portman, since she had starred in the new video.

“Everything PETA does is geared toward ending violence of all sorts, and our public statement makes our opposition to the use of animals crystal clear. Ms. Portman is unavailable for comment,” Newkirk responded.

However, Portman did issue a statement in April when she canceled an appearance at the Genesis Prize ceremony in Jerusalem, where she was to receive an award, in protest of Prime Minister Benjamin Netanyahu’s policies.

“Israel was created exactly 70 years ago as a haven for refugees from the Holocaust. But the mistreatment of those suffering from today’s atrocities is simply not in line with my Jewish values. Because I care about Israel, I must stand up against violence, corruption, inequality, and abuse of power,” she stated, although she did not specify who was committing these “atrocities.”

She made that statement during Hamas’ “March of Return,” when the IDF was being accused of murdering “protesters” at the Gaza-Israel border, although the majority were proven to be terrorists attempting to breach the security fence in order to kidnap and murder innocent Israelis. Hamas acknowledged that most of these “protesters” were affiliated with the terror group.

The Jerusalem Post published a report Wednesday morning, titled “PETA condemns use of ‘terror falcon’ after bird found dead in Israeli park,” in which it posted the tweet – although PETA’s statement made no mention of any “terror falcon” or Hamas. 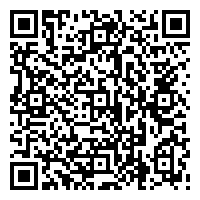