In this era of radical liberal hypersensitivity, where every slightly conservative position is considered a “personal offense” and automatically labeled “racism,” it is no surprise that every Israeli move that veers from leftist dogma is swiftly termed “apartheid.”

That is what is happening now regarding Israel’s plan to extend its law to some critical settlement and security zones in Judea and Samaria, following the Palestinian utter rejection of the American peace plan. Doing so would create an “apartheid” situation in the West Bank, holler liberal critics.

“UN human rights experts” (an oxymoron if there ever was one) have complained that “what would be left of the West Bank (after an Israeli ‘annexation’) would be a Palestinian Bantustan, islands of disconnected land completely surrounded by Israel and with no territorial connection to the outside world,” they wrote, referring to the territories set out for blacks by South Africa’s apartheid regime. “This is a vision of a 21st-century apartheid.”

And why would this be so? “Israel has recently promised that it will maintain permanent security control between the Mediterranean and the Jordan River. Thus, the morning after annexation would be the crystallization of an already unjust reality: two peoples living in the same space, ruled by the same state, but with profoundly unequal rights.”

Cape Town-born Benjamin Pogrund, an early Jewish confidant of Mandela who now lives in Israel, says that “if we annex the Jordan Valley and the settlement areas, we are apartheid. Full stop. There’s no question about it.”

Why would this be so? Because several tens of thousands of Palestinians living in “enclaves” inside newly sovereign Israel will remain Palestinian Authority subjects (and eventually become, perhaps, citizens of a Palestinian state).

Former Meretz leader Zahava Galon grants that Israeli policy cannot be compared to South Africa’s ban on interracial marriage, or Pretoria’s racist insistence on separate beaches, schools, hospitals, and public restrooms. Nevertheless, she slapdashedly applies the “apartheid” epithet to the few Palestinian “islands” surrounded by Israel that would emerge from the American plan “even if they have their own sovereign roads to drive between their sovereignties.”

SUCH OUTRAGEOUS slander against Israel and the American plan must be countered forthrightly. There is no apartheid here. Those who gun to apply the aspersion “apartheid state” to Israel are (mistakenly or purposefully) lending a hand to the criminalizing of Israel altogether as an illegal venture. They are recycling the old attempt to indict Zionism itself as imperialist demon.

Israel’s struggle with the Palestinian national movement never has been based on race or ethnic discrimination. Israel is still fighting, alas, a 100-year war with Arab ultra-nationalists and Islamic radicals (both of which are firmly entrenched ideologies in the dominant Palestinian Fatah and Hamas parties) who seek to eviscerate the Jewish People’s indigenous right to any part of the Land of Israel and to crush the modern State of Israel.

For these rejectionists, even the Jewish People’s presence in Jerusalem is a manifestation of “colonialism,” “criminality” and “apartheid.”

From here it is but a small jump to declaring Israeli towns in Judea and Samaria (the Jewish People’s Biblical patrimony) as structured discrimination too, whether they are grounded in a military “occupation” or in sovereign Israeli law.

There is no bigger lie. Recall some basic facts: Ever since the Oslo I and II accords, 90% of Palestinians in the West Bank fall under Palestinian Authority rule (in what was then termed Areas A and B). Under the American plan this remains the case, and in the future these areas plus 70% of the remaining Area C could become a sovereign Palestinian state (if the Palestinians abandon terrorism and demilitarize, guarantee human and civil rights to their own people, etc.) Israel intends to annex none of these areas, nor establish any “settlements” there.

The 30% of Area C to which Israel intends to apply its sovereignty is where Israelis live (all the settlements, along with a small minority of Palestinians) and where the IDF has its bases and it conducts its patrols to protect Jerusalem and pre-1967 Israel.

Critics push back against this, arguing that the envisioned Palestinian state nevertheless constitutes structured discrimination against Palestinians because their territory will not be maximal or fully contiguous. Nor will it be sovereign in the fullest meaning of the term because Israel will maintain security control of the total territory and of the borders between the entire envelope and surrounding Arab countries.

As for “enclaves” of residential settlement and agricultural lands that will be “isolated bubbles” inside the other sides’ territory, well yes, there will be several dozen enclaves, both Israeli and Palestinian. This is an inevitable result of the complex geography and historical sites that drove both Israeli and Palestinian settlement of the area, as well as security considerations.

The enclaves also are the inexorable result of the grand principle set out in the American plan that no Palestinian or Israeli should be forced out of their home. This is not a rule to be lamented, but to be majestically celebrated, even if it entails the creation of precarious enclaves. Again, this has nothing to do with apartheid or discrimination. Rather, it is a salute to indigenous rights.

One can argue that the two-state map created by the American plan is too sticky and complicated, with convoluted 800-kilometer-long borders between Israel and a future Palestine. One can make the case that Israeli enclaves like Elon Moreh and Har Bracha in the Nablus area are untenable in the long-term, or that Palestinian enclaves like Auja in the Jericho/Jordan Valley area and Kafr Qaddum in Samaria are untenable in the long-term.

One can make the argument that the “transportation contiguity” envisioned in the American plan, to allow Palestinians, and to separately allow Israelis to travel freely between the non-contiguous parts of their homelands – via a system of bridges and tunnels, underpasses and overpasses, with a minimum of security checkpoints – is fantasy, or simply impractical and still too restrictive.

Or one can argue alternatively that the plan is creative, workable, and hopeful – if both sides accept the realities on the ground (realities that will not change!) and show good will.

Note: Already today, Israelis must drive through Arab towns to get to Itamar or Otniel with Israeli army protection, and Palestinians from Jerusalem must drive through Gush Etzion to get to Hebron with Israeli troops along the road. This is the reality and it will not change, for better or worse, after the application of Israeli sovereignty to a minority part of Judea and Samaria.

Again, one can debate the wisdom of the American plan. (I consider it the only realistic path to the vision of “two states for two peoples.”) But one must not make malicious, pernicious, and false allegations that this is driven by intentions of apartheid; nor will it create a situation of apartheid.

Finally, when discussing apartheid, one mustn’t overlook the elephant in the room: The deep and dirty discrimination that is the rule in most Arab countries (and in Gaza), where Jews are not allowed to live at all. 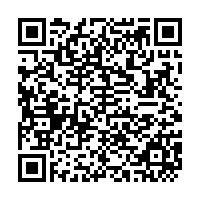