Sometimes, the most daring thing a scholar or an organization can do is mention the obvious. That is a lesson that Indiana University’s Professor Alvin H. Rosenfeld and the American Jewish Committee have recently learned to their sorrow.

Rosenfeld is the author of a 30-page study titled “‘Progressive’ Jewish Thought and the New Anti-Semitism,” which was published in December by AJCommittee. In it Rosenfeld, briefly surveys the international rise of anti-Semitism and then goes on to touch on the various excesses of intellectual anti-Zionists with an emphasis on those leftist Jews who are important elements in the massive contemporary assault on Israel.

Rosenfeld’s conclusion is that those Jewish writers and thinkers who have aided the assault on Israel’s legitimacy and its right to exist cannot pretend that their stand is unrelated to the wave of violent Jew-hatred, which is itself largely focused on the delegitimization of Israel and Jewish self-defense.

He rightly asserts that anti-Zionist Jewish authors such as British historian Jacqueline Rose, New York University’s Tony Judt and Pulitzer-Prize winning playwright Tony Kushner have been carrying the intellectual water for a weird coalition of the far-left, the far-right, and the Arab and Islamic propagandists.

Rosenfeld is careful to specify that questioning policies of Israeli governments is not the same as being anti-Israel, let alone anti-Semitic. But he has the bad manners to point out that those who aggressively question Israel’s right to have any government or to defend itself against those who seek to destroy it are, at best, unwitting allies of a growing anti-Jewish movement.

That movement’s end goal is – whether these so-called progressives want to admit it or not – the extinction of the world’s only Jewish state, an event that would obviously entail the mass slaughter of Jews.

For this, Rosenfeld and his sponsors at AJCommittee have been treated to the sort of public tar and feathering that is usually reserved only for the troglodyte denizens of the far right.

In a New York Times feature on the controversy (accompanied by a posed photo in which Rosenfeld is shown looking like a Kafka-esque prosecutor pictured from above in an oddly sinister light), Boston University scholar Alan Wolfe wondered if AJCommittee were not itself fostering “anti-Jewishness” by its criticism of liberals.

In an editorial, the Forward huffed that Rosenfeld’s essay is “a shocking tissue of slander” that attacked all liberals.

Scholar Stanley Kutler wrote in The Boston Globe that Rosenfeld was merely trying to smear liberal critics of the Iraq war and those who thought America’s strong support of Israel during the recent war with Hizbullah as an “embarrassment.”

The New Republic’s John B. Judis accused Rosenfeld, not to mention the entire pro-Israel movement, of being hypocrites because they won’t admit to having a “dual loyalty” toward Israel that the Jewish state’s foes accuse them of having.

And author and Columbia University journalism professor Samuel Freedman accused Rosenfeld in The Jerusalem Post of using innuendo in accusing leftists of complicity with anti-Semitism. Even worse, in his view, is that by singling out these anti-Zionists, Rosenfeld has made martyrs out of them.

This is a consistent theme in much of the criticism of the piece, which largely centers on the notion that what the American Jewish Committee has engaged in is an attempt to censor critics of Israel and to suppress debate about its policies.

Like Stephen Walt and John Mearsheimer, the authors of “The Lobby,” the widely criticized attack on American supporters of Israel, those in Rosenfeld’s cross-hairs, think they are victims of a witch hunt. AJCommittee, a bastion of American liberalism for a century (which was bizarrely labeled a “conservative” group in the Times piece), has been forced to defend its credentials as a defender of freedom of thought.

But they have not indicted all “liberals” or “progressive” as anti-Semites as has been alleged. Nor is the Rosenfeld’s piece a slam on mainstream liberals or the Democratic Party, the vast majority of whose members are supporters of Israel. Nor do they intend to silence Jewish dissidents, something that, given the access to mainstream media bully pulpits that these leftists possess, would be impossible anyway.

To the contrary, in recent years, it is the supporters of Israel who are becoming pariahs in intellectual circles, not its critics. For all the talk of “martyrdom” on the part of people like Tony Judt, the fact is they have not suffered one bit for pot shots at Israel or their sneers at those who stand up for Zion. 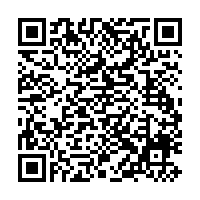