In just a few days Israel’s national soccer team will be in Cardiff, the capital of Wales, for a crucial qualifying game for next year’s European Championship in France. As is becoming the norm when any Israeli athletes travel abroad, the team will also face protests off the field, led by activists who believe that Israel has no right to compete internationally in the first place.

I mention this forthcoming event because one of the speakers scheduled to address the anti-Israel rally outside the soccer stadium is Jeremy Corbyn, a far-left member of the UK parliament for the opposition Labour Party and, more important, the current front-runner in the battle for that party’s leadership.


If Corbyn ends up winning the contest – which was triggered by the resignation of former leader Ed Miliband following his poor showing in the UK general election earlier this year – we will have a vocal supporter of the Boycott, Divestment and Sanctions (BDS) movement at the helm of one of Europe’s more august left-wing parties.

Corbyn is a patron of the UK’s pro-BDS Palestine Solidarity Campaign, which is known for its anti-Semitic targeting of Israel through its constant comparisons of the Jewish state with Nazi Germany and apartheid-era South Africa. But that, arguably, is the least of it.

Corbyn recently has been confronted in the media over his connections to a London-based Holocaust denier and “Palestine solidarity” activist. In the past, Corbyn has vocally defended Ra’ed Salah, the leader of the Islamic Movement in Israel, despite Salah’s endorsement of the anti-Semitic blood libel and his claim that Jews were warned in advance of the September 11, 2001 terrorist atrocities. When Salah got into a legal tussle with the British authorities during an extended stay in the UK, Corbyn urged a parliamentary inquiry into the influence of the “pro-Israel Lobby” on government policy.

This sinister statement was made after it emerged that the Community Security Trust (CST), a professional and highly respected body that deals with security for the UK’s Jewish community, had provided evidence of Salah’s toxic views to the government.

Now it appears Corbyn is going to lead the charge against the UK presence of the Israeli soccer team – which, ironically, only plays in European competitions because Israel was expelled from the Asian Football Confederation in 1974, thanks to the diktat of the Arab League boycott of Israel. Since Corbyn is an enthusiastic supporter of dictators like the now-dead Hugo Chavez in Venezuela and the still-living Vladimir Putin in Russia, it won’t bother him that the Arab boycott was pushed by some of the worst human rights abusers in history. In fact, he won’t be content until Israel is completely isolated, not just in the Middle East but in every corner of the globe.

No wonder, then, that a poll in London’s Jewish Chronicle newspaper reveals that almost 70 percent of British Jews are “concerned” by the prospect of Corbyn leading the Labour Party, with an overwhelming 83 percent expressing alarm at Corbyn’s infamous description of Hamas and Hizbullah as “our friends.”

What does this tell us? Most immediately, it tells us that the vast majority of British Jews aren’t buying the nonsense that anti-Zionism isn’t anti-Semitism, and that BDS carefully separates between Jews on the one hand and Israelis on the other. Much of the crowd who will cheer Israel’s soccer stars will be composed of British Jews expressing their emotional and cultural affinity with the Jewish state. And because they will dare to do that, they will be harassed by a mob baying slogans about Israel’s supposed war crimes and racist roots, led by a man who aspires to become Britain’s prime minister.

Corbyn clearly doesn’t feel overly perturbed by the chatter about anti-Semitism that is dogging him; when the Jewish Chronicle published a series of questions addressed to him, instead of picking up the phone and calling the paper – as any politician who cared about the feelings of the Jewish community would naturally do – he appointed a spokesperson to engage in an e-mail exchange with the paper. Thus did readers learn that “Jeremy” feels that “Holocaust denial is vile and wrong,” though at no point did “Jeremy” condemn by name any of the Holocaust deniers and conspiracy theorists with whom he has associated.

Corbyn can take this relaxed attitude because he knows his supporters regard accusations of anti-Semitism as a political smear with no credibility. This view is commonplace enough among progressives in America as well. By contrast, the term “anti-Zionism” is one they embrace warmly, regarding it as integral to their matrix of progressive values and goals, alongside opposition to austerity policies, environmental activism, “solidarity” with “progressive” regimes in the developing world, implacable hostility to any military actions undertaken by democratic governments, and so on.

Tellingly, the Jewish Chronicle poll includes a clever question that Jewish pollsters in America should also be asking: How do you feel when a politician describes himself or herself as “anti-Zionist?” The paper reported that “More than 44 percent say they ‘always’ think such a statement really means ‘anti-Jewish,’ with a further 27 percent saying they ‘often’ think the claim is anti-Semitic in its intent.”

It continued, “In total, almost 90 percent of Jews feel that ‘anti-Zionist’ is used as shorthand for ‘anti-Jewish’ by politicians.”

Slowly, slowly, does the mask fall: anti-Semitism has twisted itself into anti-Zionism. We saw that graphically in Spain last week, when a reggae festival disinvited the American-Jewish singer Matisyahu after he refused to condemn Israel. Encouragingly, the fact that the festival backed down after a wave of protest, reinstating Matisyahu’s invitation, shows there are many non-Jews coming around to a similar view.

We need to send a wake-up call to proudly identifying anti-Zionists like Jeremy Corbyn: refraining from attacks on Jews as Jews isn’t enough to absolve you of the charge of anti-Jewish bigotry. Substituting the word “Zionist” for “Jew” or consorting with active anti-Semites (and then distancing yourself from them only once these meetings become public knowledge), is a shabby trick, and we are smarter than that. Crucially, we understand that the immediate target of Western anti-Zionists isn’t Israel, but Jews in their own countries who identify with Israel. 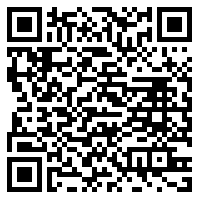