European children chess champion, 7-year old schoolgirl Liel Levitan was recently barred from competing in an international chess competition scheduled to be held in Tunisia in 2019. The reason? Liel is Israeli and Tunisia does not allow Israelis to enter the country. The World Chess Federation says it could forbid Tunisia from hosting the event if it prevents Israelis from participating, but a final decision has not been made.

This is not the first time that an Arab country hosting an international sport event discriminates against Israelis. A few months ago, Saudi Arabia refused to issue visas for Israeli chess players for an international chess competition held in the conservative Arab kingdom.

Earlier in 2018, Tunisia prevented an Israeli taekwondo team from participating in the world junior championship held there. In October 2017, the United Arab Emirates hosted an international judo competition. In flagrant violation of international norms, Israel’s national anthem “Hatikvah” and Israel’s flag with the Star of David was banned by the Arab hosts. The International Judo Federation president Marius Vizer responded by saying, “I consider that even without the flag and anthem of Israel, that their team had been treated very well with high respect during this event.”

Needless to say, this shameful behavior would not have been tolerated if it targeted any other country than Israel.

International sport events have long claimed to be universal symbols of human unity and peaceful coexistence. Adversaries were expected to put their political disagreements aside. During the latest Winter Olympics, the famous Olympic spirit of peace even succeeded in temporarily uniting implacable foes like North Korea and South Korea under one flag.

However, widespread Arab and Muslim opposition towards Israel’s existence has been tolerated for decades in international affairs. In violation of universal sport norms, Arab countries hosting international tournaments are increasingly using sport as a political weapon to boycott and bar Israel from attending. The main reason this practice is allowed to persist is its tacit acceptance by much of the international community.

The Jewish state, which is geographically located in Asia, has for decades been playing FIFA soccer games in the European group. The reason is simple: most Arab and Muslim countries still refuse to play against Israeli soccer teams. In 1974, the Asian Football Confederation expelled Israel as a member after a resolution initiated by Kuwait. In order to compete in international soccer events, Israel was admitted in 1992 as an associated member of the Union of European Football Associations.

Already in December 1945, the Arab League adopted a boycott against the Yishuv, the pre-state Jewish community in the Land of Israel. This comprehensive Arab boycott intensified after the reestablishment of Israel and especially after OPEC’s oil embargo in 1973.

As a result, Israel was economically and politically isolated in the world for decades. The end of the Cold War, and the emergence of Israel as an economic and technological powerhouse, largely ended this anti-Israel discrimination. Simply put, the Jewish start-up nation had become too valuable to be boycotted in the spheres of cutting-edge technologies and trade. This explains why BDS has largely failed to economically isolate Israel. However, when it comes to sports, Israel is a lightweight that is still considered expendable in order to avoid tensions with the influential Muslim world.

The Arab-led sports boycott against Israel extends beyond the Middle East. In 2009, the Swedish city of Malmö attempted to cancel a Davis Cup tennis match between Israel and Sweden. The city’s former mayor, Ilmar Reepalu did not want to shake hands with Israeli athletes. A large and growing Muslim population has turned this once peaceful Swedish city into a fertile ground for anti-Israel policies.

The FIFA World Cup is one of the world’s largest sport events. In 2022, Qatar will be hosting this prestigious international sport tournament. Qatar has close ties with the terrorist organization Hamas and does not have diplomatic relations with Israel. If the Israeli soccer team succeeds in qualifying for the tournament, will the Jewish state be barred from participating? How will the international community react? Only time will tell.

Arab sports boycotts against Israel are not new. However, the growing tendency of allowing Arab states with anti-Semitic policies of hosting international sports events should concern all decent people who genuinely believe in sportsmanship and human equality.

*In the meantime, an initiative by Lior Aizenberg, an Israeli Chess player, together with the Stand With Us Organization, is underway to counter the boycott. They have founded the World Alternative Championship, inviting top Chess players from around the world to compete in Israel and also allow 7 year Liel to showcase her amazing talent. Follow the link to assist them with the initiative. 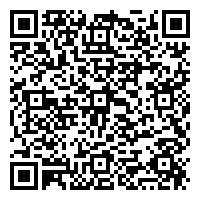