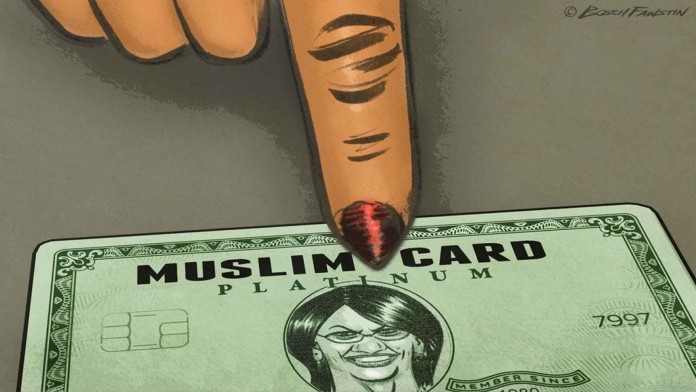 Maintaining its proud commitment to printing all the news that will divide Americans by race, sex, and creed, the New York Times published a list of what it claimed were the “922 of the most powerful people in America” while claiming that only 20% of them are people of color.


The term “people of color” is already ambiguous enough with white professors, grad students, and NAACP presidents claiming to be black. But the New York Times’ racial list, a thing reeking of Nuremberg and Goebbels, put the paper in charge of deciding who is a person of color by marking them with yellow. It’s a good thing no notorious racist ideology had the same idea.

(The Times had previously published a list of members of Congress who had voted against aiding Iran’s nuclear ambitions and terrorist regime by marking Jewish members in yellow.)

The Times claimed that only 112 of the 431 House of Representatives members are people of color. It lists Rep. Rashida Tlaib as a person of color, while listing Rep. Justin Amash as white.

Tlaib’s parents and Amash’s father came from Arab towns and neighborhoods in Israel. Amash’s mother came from Syria. They both have traditional Arab names.

How is Tlaib a person of color while Amash is white?

The Amash and Tlaib clans both have a sizable presence in Israel. They’re both Arabs, but, aside from Tlaib being a militant leftist while Amash is an ex-GOP Never Trumper, the only obvious difference is that Amash’s family was Christian while Tlaib’s family is Muslim.

The New York Times’ message is that Muslims are “people of color” and Christians aren’t. It doesn’t matter if their families might have lived some 20 minutes away from each other.

Arab Christians are white while Arab Muslims are a minority group.

As Twitter observers of the New York Times racial list noted, the paper of racial record appears to invariably list Arab Christians as white, while Muslims are described as people of color.

“24 people lead the Trump administration. 3 are Asian, Black or Hispanic,” the New York Times insisted. That doesn’t include Alex Azar, the Secretary of Health and Human Services, whose grandparents came from Lebanon, and Mark Esper, the Secretary of Defense, whose grandfather emigrated from Lebanon. The Times likewise lists Governor Chris Sununu, of partial Lebanese and Arab Israeli descent, as white, and certainly not a person of color.

What makes an Arab immigrant from Israel, Lebanon, or Syria, white? Christianity.

It’s not just Jews or Arabs who aren’t considered minorities unless they’re Muslim.

Rep. Anna Eshoo’s father was an Assyrian Christian who, in her own words, “was driven from the Middle East.” The New York Times still lists her as white. Assyrians and Armenians are not people of color. The difference isn’t, as we see in Amash and Tlaib’s case, racial, it’s religious.

It doesn’t matter whether you come from Syrian, Lebanon, Iraq or even Iran: if you’re not a practicing Muslim, you’re white.

Take the case of Farnam Jahanian, the Iranian immigrant who became the president of Carnegie Mellon. Jahanian came to America before the Islamic Revolution and enrolled in a Catholic school. The New York Times however decided that Jahanian is not a person of color.

The New York Times‘ attempt at defining race leads to awkward absurdities. It lists MIT President Rafael Reif, the son of Eastern European Jewish immigrants to Venezuela, as a person of color, while next to him, Michigan University President Mark Schlissel, whose family came to America, without first going through Venezuela, is listed as plain old white.

Governor Michelle Lujan Grisham, of the powerful Lujan family, which has dominated New Mexico politics, has her governorship treated as an accomplishment for the oppressed.

“Of the people in charge of the 25 highest-valued fashion companies, 3 are Asian or Hispanic,” the Times huffs.

2 of the 3 are Pablo Isla, a successful Spanish businessman who runs a huge Spanish company, and Tadashi Yanai, who runs a huge Japanese company. Is celebrating the accomplishments of Spanish and Japanese tycoons in their own countries supposed to represent some sort of resistance to discrimination and racial inequity in America?

Why is a Spanish businessman listed as evidence of racial progress while Greek businessmen, including Netflix CEO Ted Sarandos, who was born to an electrician in Phoenix, are just white guys whose success demonstrates that America is a racist nation defined by its color lines?

And that cuts to the absurdity of defining someone whose family came from Spain as a person of color, while those immigrants whose families came from Italy and Greece are white guys. Why are Portugese and Basque immigrants people of color, and Greeks and Italians aren’t?

But if the New York Times appears to be vague on what makes someone a person of color if they speak Spanish, it’s quite firm on what it takes to be legitimately from the Middle East.

It’s no coincidence that the New York Times has adopted the same idea as ISIS, the Muslim Brotherhood, and Mohammed, that non-Muslims don’t have any place in the Middle East.

The Left barely polices the boundaries of Latino or Indian identity. Even black identity is so loosely policed that white leftists have been able to get away with pretending to be black. But when it comes to the Middle East, it recognizes only one group of people as legitimate.

Christians, Jews, and non-practicing Muslims need not apply. When it comes to other groups, the categories are drawn around race, ethnicity, and even immigration status. But in the Middle East, it doesn’t matter if your parents or grandparents emigrated from Iraq, Iran, Lebanon, or Syria. Their ethnic ancestry doesn’t matter either. Only one thing matters: religion. Islam.

This pernicious bigotry was used to cut off immigration for Christian refugees during the Obama administration while welcoming in Muslim migrants, a perverse reversal of oppression in a region whose Christian population is vanishing under the fire and fury of Muslim persecution.

The New York Times’ racial list is revealing when it comes to the prejudices and agendas of the allies of the Islamist movements and their organizations ethnically cleansing Christians.

The Left’s twisted ideas about race lead it to present the region’s persecuted Christian, Jewish, and non-Muslim minorities as white oppressors, while its Muslim supremacist majority are the oppressed people of color who need to be liberated from the oppression of their victims.

This isn’t just twisted. It’s an ideological argument for genocide. 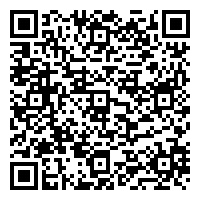