The U.S. Supreme Court announced last month that when the justices return from their summer vacations they will tackle a uniquely American church-state constitutional question they have avoided for thirty years.

There is no country in the world where divine guidance is sought as consistently at the inception of governmental deliberations and ceremonial occasions as it is in the United States. The inauguration of an American president has, since 1937, always begun with an invocation by a clergyman and ended with a benediction, as does the convention of every political party. The fact that the 2012 Republican Convention began with a prayer by a young Orthodox rabbi wearing a kippah was well publicized in Israel and in the United States. Rabbis Abba Hillel Silver, Louis Finkelstein, and Nelson Glueck delivered prayers at the inaugurations of Presidents Eisenhower and Kennedy.


Congress routinely begins each legislative day with a ceremonial prayer recited by the chaplain of the House or Senate or by a visiting clergyman who is given the honor. The first rabbi to be given that distinction delivered an invocation in 1860 wearing a tallis and a yarmulke. He included the priestly blessing in his text. He was invited again, although the Episcopal Church viewed his participation as an insult to Christianity. A Muslim imam was first given the honor in 1991 and a Hindu priest in 2000. Rabbis were invited to open a House of Representatives session seven times during the 112th Congress.

This American tradition developed from British practice where, it is said, both Houses of Parliament have, since the sixteenth century, opened their sessions with prayers. In the United States, the custom has been followed down to the least significant and smallest governmental bodies. Town councils and committees routinely assign a few minutes at the beginning of their sessions to a prayer composed and recited by local clergy or by other nominees or volunteers.

Some constitutional purists feel strongly that, on its face, this practice conflicts with the distinctive command of the First Amendment to the Constitution that there be no “law respecting an establishment of religion.” The First Amendment, they say, was designed to distinguish America from Britain, where the Anglican Church is the governmentally “established” faith.

May an American governmental body request the assistance of the Supreme Being of the Christian, Jewish, Muslim, Buddhist, or any other faith without thereby “establishing” a religion? Atheism is, in this view, constitutionally entitled to equal treatment. Does not every governmentally authorized public prayer violate the constitutional rights of atheists?

Soon after he became chief justice of the United States, Warren Burger authored a majority opinion in a church-state case that defined, with a three-part constitutional test, the scope of the First Amendment’s prohibition against religious establishment. In 1983 – twelve years after that landmark decision was announced – the Burger Supreme Court confronted the question of whether sectarian legislative invocations were constitutionally permissible. The state of Nebraska had hired a Presbyterian minister as its official chaplain, and he opened all its sessions with prayers, most of which had indisputably Christian content. When a member of the Nebraska legislature brought a lawsuit to stop the sectarian legislative prayers, a federal appeals court applied Burger’s three-part test and found that Nebraska’s practice failed all of its components.

Chief Justice Burger wrote an opinion for six justices of the court and ignored the constitutional standard articulated in his earlier decision. The Supreme Court ruled in 1983 that legislative prayer was constitutionally permissible because of the “unambiguous and unbroken history of more than 200 years” that supported the tradition of legislative prayer. Burger rejected the argument that Nebraska’s record of prayer was sectarian because, he said, “there is no indication that the prayer opportunity has been exploited to proselytize or advance any one, or to disparage any other, faith or belief.”

This decision seemed to resolve the legislative prayer issue. But in the past decade opponents of legislative prayer began with new lawsuits based, curiously enough, on a standard the Supreme Court had announced in the 1989 decision in which it had permitted inclusion of a Chanukah menorah in a Pittsburgh holiday display but barred a crèche in a county courthouse. (This article’s author represented Chabad, the owner of the menorah, in the Pittsburgh case.) 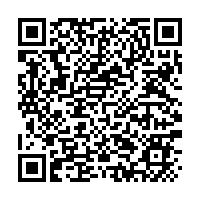