Home InDepth Op-Eds Are You A Clueless Defeatist?
Share on Facebook
Tweet on Twitter
There is some confusion these days over who is really in favor of peace, who is still clueless, who is a defeatist, and who has failed to learn anything at all about the Middle East conflict over the past 20 years.
In order to assist in making sense of things and separating the sensible folks from the truly foolish, we have constructed a little self-quiz for you to test your own political orientation.
Start with a grade of zero. Then for each question add a point if you agree with the statement. Do not add one if you disagree.
All set? Here goes.
1. I think it is more important that Palestinians not be inconvenienced at checkpoints than it is for Palestinian terrorists to be apprehended.
2. I think that Israeli military units should risk the lives of their men in battle rather than obliterate with artillery the buildings or villages from which Katyusha rockets are fired into Israel.
3. I think the proper Israeli response to Kassam rockets being fired into Sderot in the Negev is to conduct talks with Hamas.
4. I think that conducting talks with Hizbullah and Hamas serves Israel’s national interest, even if the talks do not produce agreements. It lowers tensions and is helpful psychologically.
5. I think Israel should just defuse the conflict with Hizbullah by turning over to Lebanon the Shabaa Farm.
6. I prefer to get Israel’s captive soldiers released by exchanging them for terrorists Israel is holding in its prisons rather than through armed conflict.
7. Palestinian terrorism is caused by the socioeconomic problems of the Palestinian civilian population.
8. There are no military solutions to the problem of terrorism.
9. Because Hamas won the Palestinian election, Hamas is now the legitimate representation of the Palestinians and Israel must conduct talks with it.
10. Israel should neutralize Syria as a belligerent by returning the Golan Heights over to it.
11. Israel should not use cluster bombs or any other weapon against Hizbullah if they cause civilian injuries.
12. Targeted assassinations by Israel simply enrage the Arabs and cause terrorism to increase.
13. Israeli Arab Knesset Members are simply patriots interested in Israel adopting a more flexible policy position.
14. Capital punishment does not deter terrorism or violent crime.
15. Betselem and Human Rights Watch are neutral and objective watchdogs who care about human rights for all.
16. All disparities in income between demographic or ethnic groups in Israel (and in general) are caused by discrimination.
17. Judicial activism is the way to make Israel more democratic and tolerant.
18. Settlers are evil people who torment and assault Palestinians.
All right, now add up your score.
● If you scored zero, you are a reactionary unprogressive neocon and possibly even a Zionist. Welcome to our club. No admission dues charged.
●If you scored 1-4, there is yet hope for you and you may yet achieve sufficient enlightenment to join the club in section “a” above.

● If you scored 5-9, you may have spent the past few years on some other planet cut off from news sources and from the terrestrial reality. We are hoping you will recover.

● If you scored 10-14, it may be due to the fact that you have been reading The Nation, Haaretz and Tikkun while doing much more than taking one toke over the line.

● A score of 15-17, you must be a member of Al Qaeda or at least a serious potential recruit.
A perfect score of 18, you must be a faculty member in one of the departments of the humanities or the soft social sciences at Tel Aviv University.

Steven Plaut, a frequent contributor to The Jewish Press, is a professor at Haifa University. His book “The Scout” is available at Amazon.com. He can be contacted at stevenplaut@yahoo.com. 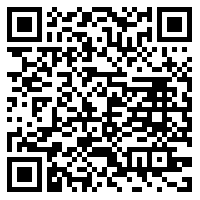