Last year, upon the publication of Micah Goodman’s book Catch-67, I explained the basic reasons for my disagreement with his analysis and recommendations. That seemed at the time to be the end of the matter. When Goodman chose, a year later, to set forth his views in two almost identical articles – one in the Haaretz supplement (February 16, 2018); the other in Makor Rishon (April 5, 2018) – I felt compelled to warn of the danger his recommendations entail.


Opposed to what some Israelis see as a desirable status quo in the West Bank, Goodman recommends a string of pragmatic small steps that would “enable Palestinian autonomy to expand without Israel’s security contracting.” He explains that “this does not entail major ideological concessions such as evacuating settlements.”

The essence of the dispute lies in two practical recommendations that to my mind are disastrous: transferring considerable parts of Area C to PA control; and “halting settlement expansion outside the large blocs.” These recommendations show that Goodman is stuck in a mechanistic security paradigm, borrowed from senior defense establishment officials whom he met while writing his book – but Israel’s control of the West Bank is not solely predicated on security needs.

The national-security equation goes well beyond technical security aspects. As stated in the IDF’s doctrinal literature: “National security is the domain concerned with ensuring the national ability to contend effectively with any threat to the national existence and to the vital national interests.” Indeed, the debate between right and left about Israel’s continued control of the West Bank (or parts of it) is rooted in the question of its vital national interests there. Unable to agree on their national vision, Israelis have vested the debate in the hands of the security specialists. As a result, those vital interests have been reduced to little more than an inventory of security requirements, such as monitoring the border crossings in the Jordan Valley and having an early warning station on Mount Hazor.

For Goodman, his only interest beyond technical security matters – to which he assigns major importance – is separating from the Palestinians. This goal has been turned by the likes of Ehud Barak, Haim Ramon, and Tzippi Livni into a supreme national interest. Yet in their many statements about the need for separation, they totally ignore the fact that the lion’s share of the separation was already implemented at the start of the Oslo process under Prime Minister Yitzhak Rabin.

To continue demanding that Israel separate from the Palestinians and minimize its rule over them – when that rule was already minimized quite some time ago – is a manipulative way of pushing for a near-total Israeli withdrawal from the West Bank, including the Jordan Valley, something Rabin was adamantly opposed to. (The settlement blocs that are supposed to remain in Israeli hands constitute no more than 4% of the entire territory.)

Moreover, from a spatial and ecological standpoint, an Israel that shrinks down to a strip of land along the coastal plain, from Nahariya to Ashkelon, becomes a densely populated urban nightmare. Even today the problem of density has reached the boiling point. For example, the Planning Authority has been ordered to plan the construction of an additional 2.6 million new apartments by 2040, all within the Green Line. Yet the spatial future lies in the open territory of the Jordan Valley from the river to the mountain spine; it is there that millions of Jews can be settled in a swath of land parallel to the coastal strip.

The way in which Rabin drew the contours of Area C, paying close personal attention to every road and hill, shows the map of Israel’s spatial interests in the West Bank. The territorial aspects of this conception require a settlement endeavor comprising four main tasks: 1) developing Greater Jerusalem, primarily eastward toward the Dead Sea; 2) developing southern Mount Hebron; 3) developing the Jordan Valley; and 4) developing the corridors from the coastal strip to the Jordan Valley. The distribution of Jewish localities in the West Bank, supported by the outposts, hews very closely to this strategic logic.

Herein lies the key to understanding the subversive activity the EU and the PA have been conducting in Area C in recent years. With coordinated strategic planning, stepped-up building, and extensive agricultural development, the PA is striving, with overt European support, to prevent Israel from realizing its national interests in the West Bank. This means not only struggling to broaden the Palestinian living space but also to fragment and isolate areas of Jewish settlement.

The struggle between Israel and the Palestinians now centers on the question of who, at the end of the day, will find himself fragmented and isolated. For Micah Goodman, who lives in Kfar Adumim, the personal significance of his own proposal is that his own village, like the Gush Etzion neighborhoods, will become an enclave in a Palestinian domain. This struggle will also determine the status of Jerusalem: whether Palestinian neighborhoods such as A-Tur and Isawwiya will be Palestinian enclaves in the Israeli space, or Maale Adumim will be an Israeli enclave in the Palestinian space.

This explains the stubborn American opposition to the founding of a national park on the eastern slopes of Mount Scopus: the goal is that Maale Adumim will become an Israeli enclave in a Palestinian area. Goodman’s recommendations dovetail with EU-led efforts to curtail Israeli control of Area C. What his small-steps paradigm really portends – even if the settlement blocs remain in Israeli hands – is a creeping Israeli withdrawal to the Green Line.

This dispute should be presented in its true colors. It involves contrasting understandings of Israel’s national mission and the issue of reclaiming the Jewish ancestral homeland, as well as different ways of assessing the security aspects of the situation. The dispute is not between those advocating judicious pragmatism and those caught up in an ideological vision that ignores the constraints of reality. The latter, too, are committed to pragmatic navigation that surmounts obstacles. It appears, though, that not only are the two parties’ goals different, but their compasses are differently calibrated.

In line with the traditional security concept of the pioneering Zionist movement, my pragmatic navigation regards extensive settlement of Area C as the key to strategic stability. The more Israelis settle in this area, the more others will come to view Israel’s presence as an unalterable reality with which it is best to reconcile. That is why the EU chose to get so openly involved in shaping this territory in the Palestinians’ favor.

Goodman’s recommendations run counter not only to the vision of the settlement enterprise in the West Bank and the Jordan Valley, but also to the way in which Rabin viewed Israel’s national interests in this territory.

“The only way to maintain the existing situation is to change it.” With those words Goodman ended his article. I certainly agree. The dispute, however, is over the direction of the change. Contrary to Goodman’s recommendations, Israel must increase its settlement activities with the goal in mind of three million Jews living in Area C, notably the Jordan Valley. Given that this area is almost totally bereft of Palestinian population, such a development is bound to strengthen Israel’s national security while having a negligible impact on its demographic balance, and none whatsoever on its continued existence as a Jewish and democratic state. 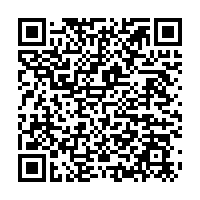