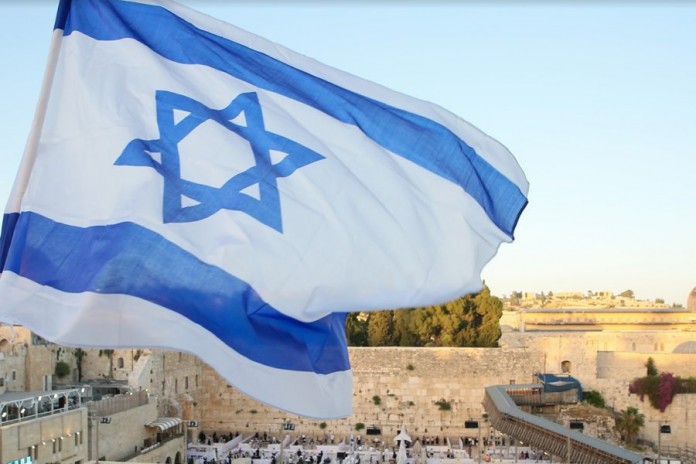 My organization, Im Tirtzu, has been pleased to partner with Canadians for Israel’s Legal Rights (CILR) – and I have been privileged to personally take part – in a series of highly informative webinars tracing the legal pillars that helped erect and stabilize the State of Israel.

Starting with the Balfour Declaration in 1917 to the San Remo Declaration in 1920 and the League of Nation’s Mandate for Palestine in 1922, we can see a steady progression of aspirations, declarations and then formal mandates that enshrined and nurtured a Jewish presence, nay, a homeland in historic Eretz Yisrael.

We can discuss and debate the motivations and the thinking behind the great powers’ decision to carve out and designate a sovereign land for the Jewish people. However, guilt was not part of the equation. What today’s anti-Zionists like to point to – the idea that Israel was created out of Western guilt for the Holocaust – was, of course, completely irrelevant during the 20-plus years preceding the Shoah.

What was visible for all to see was the desire for nation-building by the Western powers in the wake of the dissolution of the Ottoman Empire, and a sense that, following Herzl, the so-called Jewish question might best be addressed through normalizing the status of Jews by transforming them from a stateless people to a people with its homeland and sovereignty restored.

Besides the actions of the European and Japanese victors of World War I, one will find the enormous and heroic efforts of Jewish Zionists to focus world leaders on the critical task at hand.

What our Jewish heroes had was vision, tenacity and genius. (Many of us would also say that they had divine providence helping then to be effective and impactful.) What they did not have was power. They had no inherent ability to effect nor to create any reality. Decisions as to what was to happen were out of their control and left solely to others.

Fast forward 100 years and see what a difference a century makes.

Today, Israel is not only a sovereign country but an astounding success. We have gone from the state that, per the best and brightest in the U.S. State Department, was destined to either fail or be on permanent life support, to a growing regional force with an economy that focuses on providing the world with innovative products in a variety of industries.

In short, today Israel has power.

What is not always clear, however, is whether Israel has resolve, including the resolve to assert and defend its own legitimacy. Israel’s leadership understandably sees the country as a given, a going concern, a fact on the ground.

Defending the country can sound defensive, and Israelis don’t like to be defensive or invoke anything that reeks of victimhood.

This is understandable and commendable. However, there is still a lot of room for reminding the world about our biblical, historical and geopolitical legitimacy, a legitimacy that was the consensus of the world despite the wall-to-wall opposition to Israel in the Arab world.

Ironically, we are seeing something of a global role reversal, one that demands the Israeli leadership pay more attention to the need to assert our legitimacy.

Today, more and more Arab countries – previously die-hard rejectionists – are extending the hand of normalization and even, in some cases, friendship to Israel. This is both breathtaking and likely to be the precursor to even more relationships with the Arab and Muslim world.

Similarly, the once hardcore rejectionist attitude to Israel taken by countries like India and to a lesser extent Japan has given rise to sincere and important friendships.

Conversely, the Western consensus that was instrumental in providing Israel with foundational legitimacy is corroding. Anti-Israel sentiment is rising in Western Europe and the United States, countries that should be our natural allies as democratic bulwarks.

One sees European governments speaking out of both sides of their mouths, expressing pro forma support for Israel while simultaneously funding initiatives in Area C of Judea and Samaria that have, as their ultimate goal, the replacement of Israel by Palestinians.

European and progressive American support for Palestinian aspirations is giving aid and comfort to a political ideology that is not two-state oriented, but displacement- and supersession-oriented.

Ironically, it is to these historical and long-time supporters, indeed patrons, of the State of Israel, that clear messaging must be delivered. Messages that say Israel is the owner and not the occupier of all that we inhabit: Israel within the Green Line and Israel in Judea and Samaria.

If we ultimately cede any of it, it will be because we as sovereigns have decided to do so. But what we might cede will have always been ours, and the decision will be ours alone.

In the meantime, attempts to portray us as colonialist occupiers or practitioners of apartheid are indirect but nevertheless powerful attempts to delegitimize Israel.

Our leaders need to connect the dots and should not differentiate between Western plans to create a de facto Palestinian state in Judea and Samaria from the reality that such a plan is just a way station to the dismantling of Israel itself.

Today, the assertion of Israel’s legal rights is both a reminder of the history of our founding and the recognition that those rights empower us and firmly place Israel on the right side of law, justice and sovereignty.