Kerry is preoccupied with pressuring Israel, notwithstanding the transformation of the Arab Spring delusion into a reality of an Arab Tsunami, highlighting the 1,400 year old intra-Muslim and intra-Arab uncertainty, unpredictability, unreliability, instability, fragmentation, violent intolerance and absence of Arab democracy and civil liberties, which require a higher Israeli threshold of security; in spite of the clear and present danger of a nuclearized apocalyptic Iran, and Islamic terrorism, to Jordan and the pro-US oil-producing Gulf states, as well as the US mainland; despite the transformation of Iraq into an Iranian-dominated global center of Islamic terrorism; regardless of Turkey’s support of the trans-national, terrorist Moslem Brotherhood; and in defiance of the inherently provisional and fragile nature of Arab regimes, policies and agreements, which are frequently signed on ice and not carved in stone.

Replacing the 14 century old chaotic Middle East reality with his hopeful worldview, Kerry said: “Just think of how much more secure Israel would be if it were integrated into regional security architecture and surrounded by newfound partners….  I ask you to imagine what a two-state solution will mean for Israel, Palestine, Jordan, and the region. Imagine what it would mean for trade and for tourism, for developing technology and talent, and for future generations of Israeli and Palestinian children. Imagine Israel and its neighbors as an economic powerhouse in the region…. Think of the new markets that would open up and the bridges between people that peace would build. Think of the flood of foreign investment and business opportunities that would come to Israel, and how that will change the lives of everyday people throughout the region…. We need to believe that peace is possible…. Israel would also enjoy a normal, peaceful relationship the minute this agreement is signed with 22 Arab nations and 35 Muslim nations – 57 countries in all…. It is not beyond our imagination to envision that a new order could be established in the Middle East, in which countries like Jordan, Morocco, Egypt, Iraq, Saudi Arabia, and the GCC states, a newly independent Palestine, and an internationally recognized Jewish State of Israel join together to promote stability and peace…. “

However, in order to survive in the conflict-ridden Middle East, Israel must embrace reality – as costly as it may be – and reject imagination, wishful-thinking and make- believe, as tempting as they may be. 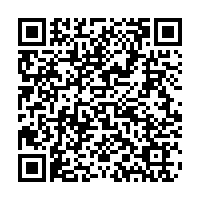