This report was compiled with information from Tazpit News Agency and Tzipi Shlisel.

Jews driving through Hebron on Sunday morning were surprised to be hit by a barrage of rocks. Many private cars as well as a bus were hit at the Erez junction, near the Tomb of the Patriarchs.


One of the vehicles had its windshield shattered. No one was injured, thank God.

The drivers were surprised to realize the rocks were being thrown at them from behind a TIPH vehicle, which was being used for cover.

Temporary International Presence in Hebron (TIPH) is an international civilian observer mission stationed in the city of Hebron. It was first established in Hebron in 1994, and then shut down a few months later. After multiple attempts, the temporary presence was more permanently reestablished  in 1997 and continues operating until today, with a temporary break in 2006 during the Palestinian riots and attack on TIPH headquarters.

The stated mandate of the mission is “to promote by their presence a feeling of security to the Palestinians of Hebron and to help to promote stability in the city.”

It appears that TIPH is doing their job very well, as these Palestinian Authority citizens felt very secure in using a TIPH vehicle as cover for attacking Jews.

According to its mission statement, TIPH monitors the situation in Hebron and reports on breaches of the agreements on Hebron between the Israeli and the Palestinian side, as well as international humanitarian law and international recognized human rights standards. 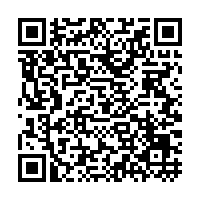