Ominous warnings about Arab fury characterized the reactions of most Arab and western leaders to President Trump’s decision to recognize Jerusalem as the capital of Israel, despite Trump’s clear statement that the decision in no way jeopardizes final status talks over Jerusalem between Israel and the Palestinians.


The Arab League, which is composed of 22 mostly Arabic-speaking states, warned that the announcement “deepens tension, ignites anger, and threatens to plunge the region into more violence and chaos.” Hamas was even more graphic: Trump’s decision, the movement assured, “opens the gates of hell.”

According to Riyad Mansour, the ambassador and permanent observer of Palestine at the UN, the decision heightened tensions and risks “the complete destabilization of this volatile situation.”

The Israeli authorities braced for a possible conflagration by announcing the dispatch of several battalions to the West Bank to augment the forces already in the area.

By far the largest and most persistent demonstrations took place in Jakarta, the capital of Indonesia.

At first glance, the fact that a Muslim population on the other side of the globe staged the largest demonstrations appears to confirm that the new media have turned the Islamic world, if not the whole world, into a global village. It should be recalled, however, that many thousands, rather than the mere hundreds who demonstrated in 2017, did so half a century earlier on the eve of the Six-Day War, calling for Israel’s destruction.

Demonstrations, again in the hundreds to the few thousands judging from the photos, also took place in Amman, London, and Paris. In each case, the numbers who showed up comprised only tiny percentages of the cities’ Muslim populations. Hundreds appear to have demonstrated in Times Square, though from the photos and videos, the total seems to have been not much more than two hundred. And their chants, it is worthwhile to note, did not address either Jerusalem or Trump. What they were chanting was “Free, free Palestine from the river to the sea.”

Striking was the absence of almost any protests at all in Cairo, Riyadh, and the Gulf states.

All told, the few thousand Muslims who protested Trump’s declaration worldwide were an infinitesimal fraction of a religious community that numbers more than one billion.

Ironically, one of the capitals to see very little protest was Jerusalem. Though Jerusalem is populated by over 250,000 Muslims, the protestors could be counted in the dozens. The Lebanese media outlet, The Star, whose stance on Israel is rabidly condemnatory, had to make do with a photo on its front page with fewer than fifty protestors in the frame.

To be sure, in the southern outskirts of Ramallah facing the Qalandia checkpoint, there were not only more protestors, but they were far more violent. Yet that was to be expected. The PA had encouraged violence, and many of the protestors, one can safely assume, were being paid for their efforts by Fatah, the movement led by Mahmoud Abbas, president of the PA. This initiative is perhaps reflected in the fact that whereas the protests in Jerusalem were attended by both sexes and all ages, the protestors at Qalandia were mostly, if not all, young males.

In neither case did the demonstrations represent much deviation from the norm, and both varieties were smaller than the average protests that take place in the Jerusalem area. They were far less intense, for example, than the protests that broke out in July over the Israeli decision to place electronic monitors at the entrance to the Temple Mount following the killing of two Israeli border policemen by assailants who began their attack from the Temple Mount.

Only along the security fence with Gaza did the protests turn lethal. Again, the numbers of protestors were small and those killed even smaller. This is not surprising. The protestors knew beforehand that broaching the border fence might have lethal consequences, and the Israeli troops manning the fence were aware of the possibility that some of the protestors might be suicide bombers and that thousands might attempt to crash the fence. Israel had to establish deterrence to prevent these phenomena, both of which have taken place on numerous occasions in the past.

Why the dire forebodings come to nothing?

The answer must be preceded by acknowledging that after at least half a century of studying why people rebel, no one knows exactly why political tumult erupts. As Hanna Arendt, the famous scholar of revolution, pointed out, most professional revolutionaries – those who strive throughout their lives to create a political eruption – are usually as surprised as everyone else when it actually breaks out.

In this particular instance, an attempt to explain the relative lack of popular reaction to Trump’s decision must distinguish between the publics outside Israel and the PA and those within. In the Muslim world, the burdens of so many problems and political conflicts close to home might partially explain the lack of interest in the Jerusalem question. Following that logic, the fact that protests did take place in distant Jakarta might reflect the relative peace and prosperity prevailing there.

That so little took place in Israel, the West Bank, and Gaza might be explained by a similar fatigue, but also by other factors. One is the dampening effect of the two rival forces, the PA and Hamas, both of which urge ordinary Palestinians to take risks without committing their bureaucracies and security forces to join the fray. In the PA, there is also a dearth of organizers who can get protestors to the scene and assure both the replenishment of the ranks and the continuity of violence.

Finally, the protestors face an innovative Israeli force. One of its innovations is to abstain from confronting the protestors, but rather to contain them, identify them through a variety of methods, and apprehend them later. Knowing a price will be paid for violence acts as a deterrent from violently protesting in the first place. 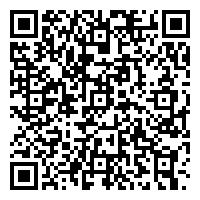