As Jews around the world celebrate Sukkot, the Azerbaijani Jewish community is living in fear, as the Armenian aggression against Azerbaijan affects their daily lives.  In an exclusive interview, Rabbi Zamir Isayev proclaimed: “The situation is exceedingly difficult in Azerbaijan now.  The Armenian Armed Units have been bombing civilian population centers.  They fired rockets at Baku even from the territory of Armenia proper.  They tried to bomb the most important power station in the country.”


According to the Israeli Foreign Ministry, there are presently 30,000 Jews who live in Azerbaijan.  Lev Spivak, the President of the International Association of Israel and Azerbaijan (AZIZ), added: “The situation of the Jewish community in Azerbaijan is that of a community that has been there for 2,500 years.  These are not strangers.  It is their home.  They are an ancient community.  Throughout all these years, the Jews thrived and prospered. I am in contact with all the Jewish groups there.  I know that everyone feels a part of the country and not as strangers and feels inseparable from the country.”

“They feel like the war is over their country,” he added.  “Ganja has faced attacks in recent days, and it has a Jewish community.  It has become like Sderot.  I do know many Jews who fought in Nargano-Karabakh, both in the 90’s and today too.   They are proud of their service to Azerbaijan.  If we speak of the pride of the Azerbaijani Jews in Israel, everyone wants to help Azerbaijan.  They send money to help people there.  They always call and check in on people.  I know people who were in contact with people there and want to come to help with the war.  In contrast, there is no real Jewish community in Armenia.”

And yet, he noted that the Armenians accuse Baku falsely of importing fighters from Syria: “That is their tactic.  Everything that they do that is bad, they say the Azerbaijanis do it, exactly like the Palestinians.  They live with the Palestinians and learn from Nasrallah and all their thugs how to behave.  Now, the Armenian ambassador left for we sell weapons to Azerbaijan.  But they get their weapons via Iranian territory, a sworn enemy of the State of Israel.  This is pure hypocrisy. For years, Israel sells weapons to Azerbaijan.  Do they think that we will ruin our relationship with Azerbaijan for they finally long overdue opened an embassy?  I think in this case, Israel must also recall its ambassador.”

Yakof Abramov, the representative of the Azerbaijani Jewish community in the United States, concurred: “They use double standards.  Israel is a sovereign country and they have their own interests around the world.  Azerbaijan has exceptionally good relations with Israel.  This relationship is two way.  No one can say to Israel and Azerbaijan, why you are so close?  Armenia is close to Iran, who is a world sponsor of terrorism, especially in the Middle East.  The relationship between Israel and Azerbaijan is not like that between Armenia and Iran.   The cooperation is totally different.”

“Azerbaijan uses some Israeli weapons, but Armenia uses Russian weapons,” he explained.   “Additionally, Russia gives the weapons to Armenia for free, but we pay for the weapons we got from other countries.  Armenia has Russian forces in its territory.  Azerbaijan does not have military forces from other countries.   Azerbaijan does not have any reason to get help from other countries, especially given that we are secular and multicultural country.  We have many churches and synagogues.  In contrast, anti-Semitism is widespread in Armenia.  They put a swastika on their Holocaust memorial.  They have fascist monuments there.  It is terrible to blame Israel.  Armenian lobby groups always try to harm Israel around the globe.  The Armenian officials always condemn Israel yet cooperate with Iran, who seeks to destroy Israel.”

“In the research that we did about Sabra and Shatilla, we learned that Ariel Sharon was not aware of the incident until it ended, there was no Israeli soldier at or near the site, so Ariel Sharon and the State of Israel had no connection to the incident, neither remotely nor closely,” he added.  “Furthermore, no one talks about the fact that Yasser Arafat’s Fatah attacked Christian villages, slaughtered children, raped women and killed them, looted the houses and fled.  Thus, when the Christian Phalanges returned to their villages and saw what had been done to them, they went to Sabra and Shatilla to avenge what had been done to their villages.  Yet, the Palestinians immediately went to the media and this was how the story was perceived.”

Safadi claimed that the situation is remarkably similar regarding Nagorno-Karabakh: “Nagorno-Karabakh is part of Azerbaijan.  The only controversy stems from the fact that it also has an Armenian population living there.  The Armenians wanted to annex the area to its borders and Azerbaijan insists on its right to control it, which led to a long war in which civilians were killed.  However, the Armenians portrayed this as an Azerbaijani massacre against Armenians.  Does this sound familiar to you?   This is what happens when the unjust side uses propaganda methods to hide his guilt and to cast blame on the other side, until everyone forgets what really happened and believes the story everyone is telling.”

And for this reason, Abramov warned that Armenia successfully has recruited the support of other countries: “I do not understand why the US, France and Russia, instead of telling Armenia to follow the relevant UN Security Council resolutions, tell Azerbaijan to stop.  This is ridiculous.  This is illogical.  For several years, they do nothing.  Therefore, Azerbaijan must resolve this conflict via military force.  Yet unfortunately, Armenia is a member of the Collective Security Treaty Organization, an intergovernmental military alliance between Russia, Armenia, Kazakhstan, Kyrgyzstan, Tajikistan, and Uzbekistan.  This means that any member of this organization can do whatever it wants, and all others must protect them.  I think this is immoral.   That’s why Armenia provokes Azerbaijan to attack them, so Russia can get involved in this conflict.”   He noted that countries like Armenia should never have been permitted to join the Collective Security Treaty Organization until their conflict with Azerbaijan was resolved and the fact that they were permitted to join proves the success of Armenian propaganda: “Armenian propaganda=radical Arab propaganda.”

It also worthwhile to note that Armenia committed a crime against humanity from 1988 to 1994 by expelling one million Azerbaijanis from Nagorno Karabakh and its seven adjacent Azeri regions.  Moreover, they perpetuated the Khojaly Massacre on February 26, 1992 and they broke a ceasefire during a period of temporary peace between 1994 and September 26, 2020.  That is when Azerbaijan decided to launch large scale defensive operations to stop Armenian aggression, for one million Azerbaijanis are suffering as 20% of Azerbaijan remains under occupation.  According to an Azeri source, “the Azerbaijani government has now restored its authority over one city and several villages, and we hope soon to recover all of the occupied territories.”

In conclusion, it is critical to recall that Yasser Arafat once said that he would never betray the Armenians in an interview he gave to the Al Hayat newspaper.   Stressing that the status of Jerusalem is one of the main reasons for the failure of the peace talks at Camp David, Arafat said that “Israel wants to control Jerusalem’s Armenian District, but the Armenian sector belongs to us.  We and the Armenians are one people.” 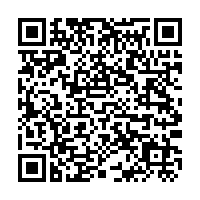