Jewish students are finding themselves unwelcome as they return to New York University, where over 50 student groups have signed a pledge to boycott Zionist clubs and all goods produced by Israelis. Don’t be fooled by their language: By “Zionists,” they mean Jews.

“Our point is to make being Zionists uncomfortable on the NYU campus,” explained the president of Students for Justice in Palestine. Whereas Zionism – the belief that Jews have a right to nationhood in their historic homeland – is central to every Jewish organization, it’s obvious whom the organizers were targeting.

Gone is the free exchange of ideas on the college campus, where “Israel” is now a four-letter word. In 2014, Jewish students at DePaul University, unable to leave their dorm rooms or walk through the student center without fearing for their safety, have been targeted for intimidation and harassment by progressive student groups in a boycott-Israel campaign that morphed into blatant anti-Semitism.

At a University of Illinois rally against white supremacy last year, organizers equated Jewish students and supporters of Israel with neo-Nazis, chanting “No Zionists, no KKK, resisting fascism all the way!”

University of California San Diego Professor Yen Le Espiritu’s office is decorated with posters glorifying Hamas, whose stated goal is not just the destruction of Israel, but the subjugation of Jews and Christians.

The one constant targeting Jews is the Boycott, Divestment and Sanctions campaign against Israel. Founded in 2005, BDS has been marketed as a nonviolent “Palestinian-led movement for freedom, justice and equality.” BDS actually has nothing to do with bettering Palestinian lives. Its only goal is to delegitimize Israel.

At the University of California Irvine, in May 2016, when sophomore Eliana Kopley arrived at the screening of a documentary about the Israel Defense Forces, she was met by an angry crowd pounding on the doors and windows, chanting vitriol against Israel.

“I was terrified. There is no other word to describe how I felt,” Kopley told the Haym Salomon Center. She turned and ran, but a group of students followed her as she sought safety in a room nearby. In hiding, she called 911 and remained on the line until the police found her.

Unfortunately, these incidents are not isolated.

Studies conducted in 2016 and 2017 by the anti-Semitism watchdog group AMCHA Initiative found that campuses with active anti-Israel groups are overwhelmingly more likely to experience anti-Semitic incidents than schools that don’t harbor such groups.

Despite school policies forbidding discrimination based on religion and ethnicity, Jewish students targeted by anti-Israel groups are rarely protected by administrators who are either incapable of distinguishing between political and hate speech, or whose personal views may be affecting their objectivity.

The haters are erasing the line between legitimate criticism of Israel and blatant anti-Semitism. As they grow ever more extreme in their rhetoric and actions, they rarely pay the price that other types of bigots must pay. And the more that anti-Semitism is excused, the bolder the anti-Semites grow. They’re increasingly skipping BDS and jumping straight to hate and harassment, making anti-Semitic social media posts, disrupting pro-Israel events, and trying to intimidate students from going to the Middle East to learn the facts for themselves.

To prepare students for what they may encounter, the Israel education group StandWithUs recently created “Campus Crash Course.” As a father, the idea that my children should attend a boot camp to prepare them for hatred in college is beyond disturbing.

College life is supposed to be about the freedom to learn, experience and discover. But what Jewish and pro-Israel students learn about are double standards; what they experience is fear; and what they discover is that there are people who hate you for who you are and what you believe.

This is what passes for social justice on campus. 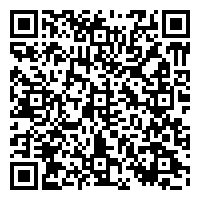