Was that a pig that just flew past my window?  Do I feel the chill of hell freezing over? Are those the footsteps of the Messiah I hear around the corner?

That’s how people across the country have been responding to the news of possible legislation co-sponsored by conservative firebrand Ted Cruz and socialist darling Alexandria Ocasio-Cortez.


It’s a story made to grab headlines. The far right and the far left coming together, finding common ground, forging a brave new alliance.

We all recognize the political evil of congressmen-turned-lobbyists, the former public servants who sell out their erstwhile constituents by selling their influence, manipulating and perverting the legislative process to benefit big business and special interests.  The proposed bill would ban all politicos from taking lobbyist jobs once they leave office.

Can it possibly be true?

Maybe. And maybe the rumor itself is enough.

As with most headlines, the plan sounds like more than it is.  Retired congressmen could still wield influence for fun and profit through any number of positions – like “general counsel” or “strategic consultant.”  These aren’t technically lobbyist jobs, but they still accomplish the same ends. And that’s assuming the bill ever makes it into law.

But there’s a larger point to the story.  For such an unlikely couple as the Texas chainsaw senator and the prima donna of progressivism to engage publicly in legislative flirtation is itself cause for celebration.  Any step back from the mutually assured destruction of nuclear partisanship is a hopeful sign that sanity and politics are not irreconcilably estranged.

And that’s not all. In the halls of jurisprudence, there’s more good news.  A recent decision found Clarence Thomas, perennial stalwart of the Supreme Court’s far right wing, parting company from his conservative allies to join the court’s four liberal justices in striking a blow for consumer protectionism.

What’s so refreshing about the outcome of Home Depot v. Jackson is that Justice Thomas’s decision seems based on a narrow reading of the law that goes against his own naturally conservative predilections.  Too often, justices appear to reach their legal rulings by working backward to support preconceived outcomes rather than actually following where the law wants them to go.  The slightest evidence that judicial integrity can still trump political ideology will always be welcome news.

King Solomon warns: A false scale is an abomination to God; a perfect weight is His desire.

When we weigh the respective merits of any legal or ethical question, it’s tempting to put our thumb on the scale to tip our decision that way we intuitively think it should go.  But just as an unscrupulous shopkeeper steals from his customers through dishonest weights, so too do we steal the soul of society when we rationalize intellectual dishonesty in order to arrive at any perceived higher truth.

If our truth cannot stand up to the test of integrity, we have to question whether we are not dangerously self-deceived.  Any judge or leader who never crosses the aisle from time to time should suspect himself, and be suspect by others, of serving his own personal biases rather than serving the ideal of true justice.

Compromise does not have to mean compromising our values. When we seek truth with sincerity, we are likely to find ample opportunity for agreement. 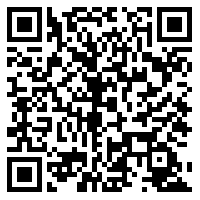