A thought experiment can be useful to explain why America is in a mess.

Let’s take Barack Obama at his word — a stretch certainly for anyone who would lie about his own mother’s death to score partisan points will lie about…well, anything.  But let’s put the most positive spin on what President Obama has been conveying to his fellow Americans. One can try to be optimistic even in these perilous times — it is one of the great traits of being American.

Barack Obama and those who serve at his whim have declared that he knew nothing about the IRS witch-hunt of Republicans, spying by the NSA on Americans and foreign leaders, Fast and Furious, ObamaCare website problems, that he actually set red lines regarding Syria (though he denied it later), security problems at the Benghazi consulate, and spying on the Associated Press. When asked, Obama has asserted that he learned about all these problems only after reading about them in the media. Who knew our presidents would model themselves after Sergeant Schultz on the old Hogan Heroes television series (Obama has admitted he watched a lot of television when he was younger — and some with reason believe he still does).

What conclusions can be drawn from these excuses? One is immediately apparent: the sequester did not go far and deep enough. After all, we are spending hundreds of billions of dollars and the president of the United States has to rely on newspapers to be informed of what is happening in his own administration. Time to outsource everything to people who work for peanuts — such as bloggers (yours truly, for one example — I would like to see a return on, or of, my taxes).

But the second conclusion is more pointed: we have elected (twice!) a derelict as president.

Years ago I questioned Barack Obama’s work ethic. Quite simply, I found there was none. My conclusion was based on viewing his entire record — not just the many examples of “voting present” while serving as a state legislator in Springfield. These are part-time positions (thankfully) as was his part-time gig as a constitutional law lecturer. Come to think of it, Obama specializes in a part-time approach towards all his “jobs” and that is fitting since he is turning millions of Americans into part-time workers. Who knew? He is one of us after all.

Barack Obama is not a policy wonk as was Bill Clinton. Nor is he a decider-in-chief, as was George Bush. Now one could argue that that Clinton had wrong policies and Bush made wrong decisions — but they were both hard-working presidents.

Compare and contrast them to Barack Obama.

Obama had almost no role in a lot of initiatives associated with him — the boondoggle stimulus, the green energy schemes, the Affordable Care Act. This legislation was crafted by the usual suspects — all Democrats (Reid, Baucus, and Pelosi).  He was relegated to being a mere cheerleader when it came to the stimulus — to such an extent that Speaker of the House Pelosi muted him on a conference call so he would not interfere with the real work being done by others . If only all Americans could have such a button.

Obamacare has become the short-handed way of referring to the work done by others — not the first time nor the last time Barack Obama has claimed credit for the labors of others (after all, he “got” Bin Laden, right? While others were risking their lives, he was playing cards with his “body man.”)

Even the Washington Post noted early on that Senator Obama had a habit of “embellishing” his role in major pieces of legislation. This practice followed him to the White House when there was any success to be claimed. But what has also followed him has been his lack of a work ethic.

He has consistently failed to submit budgets on time, an “unprecedented disrespect for the law.” He has punted on just about every foreign and defense policy that has presented itself during his five years as president, a non-policy that one of his aides has triumphantly declared as “leading from behind” — as in behind Russia, China, Assad, jihadists, and Iranian mad mullahs. We are way behind them so I guess that is just defining success down.  If being behind is a mark of success, Obama has succeeded beyond Vladimir Putin’s wildest dreams, destroying alliances and America’s leadership of the world.

While Americans serving their nation were being murdered in Libya, he was sleeping comfortably before jetting off in Air Force One for yet another fundraising jaunt.

Barack Obama has failed to fill numerous very important Inspectors Generals positions, perhaps because they are the best friends taxpayers have in Washington since they ferret out waste and corruption in government-and are thus, enemies of Obama’s. His laxity has elicited numerous editorials in the Washington Post and elsewhere. He grandly announced the formation of a Jobs Council to focus on getting people back to work but, like his Atrocities Prevention Board and numerous other boards, councils, and the like, they were dead on arrival, right after the speech ended and the cameras moved on.

He has completely marginalized his cabinet, as a recent Politico expose has revealed. He does not meet with them as a group or individually, beyond an occasional photo-op. Perhaps this would not be so damaging if he picked officials with talent instead of basing his choices based on politics and their willingness to idolize him, as even liberal New York Times columnist Roger Cohen has perceptively noted . But, nevertheless, someone has to be in charge, no? Actually, no; the inmates seem to be in charge of the asylum.

Early on his tenure he stopped attending daily economic briefings, despite endless public relation pivots to the economy and declarations from his wife and others that he works tirelessly to boost jobs and growth

He has skipped most daily intelligence briefings (one could crack a joke about lack of intelligence if the consequences were not so damaging, possibly including the tragic deaths of Americans in Benghazi); and, despite Benghazi and other terror-related attacks in America, over 40% of the Department of Homeland Security senior leadership positions are vacant because Barack Obama has not bothered to nominate people to fill them, so writes Michael McCaul in “Nobody’s Home at Homeland Security”.

Meanwhile, the Department of Defense budget is being slashed.

What a Commander-in-Chief!  Apparently, endless praise of Islam and befriending the Muslim Brotherhood is enough to protect America.

His dereliction of duty is manifest and appalling. His refusal to fulfill his duties displays itself in ways that have led to increasing descriptions of his leadership as being incompetent. Give credit where credit is due: liberal Washington Post columnist Ruth Marcus noted in early 2011 “Obama’s Where’s Waldo Presidency” observing Obama’s habit of being AWOL — passive if not inert; unable or unwilling to make decisions or successfully implement policies.

The decision-making process in the White House is so dysfunctional (see How Obama Makes Decisions) that the courtiers that surround him have simplified the process for him to a grade-school level: multiple choice check off boxes . Even this procedure may be too taxing for the man who cannot tax us enough: he ordered his first Chief of Staff, Rahm Emanuel, and every Chief of Staff that has followed him to “cut down the number of decisions I have to make” In other words, he will vote present.

This dereliction of the duties of the presidency is appalling considering what we were promised by his supporters in and out of the media, as well as by Barack Obama himself.

He declared upon winning the Democratic nomination to be president in 2008 that that was the moment “when the rise of the oceans began to slow and our planet began to heal” — Moses without the staff — he would lead the world, or at least America, to a better place. How has that worked out? Not too well, according to polls indicating Americans think we are headed in the wrong direction, despite the trillions in debt (one more thing he knows nothing about) he has imposed on Americans to get there.

Valerie Jarrett, the power beyond the throne, “Rasputin” to some on Capitol Hill and the worst presidential adviser ever serves as his ego-protector in the White House (see Ed Klein’s The Amateur), and offered this worshipful description of Barack Obama:

I think Barack knew that he had God-given talents that were extraordinary. He knows exactly how smart he is. . . . He knows how perceptive he is. He knows what a good reader of people he is. And he knows that he has the ability — the extraordinary, uncanny ability — to take a thousand different perspectives, digest them and make sense out of them, and I think that he has never really been challenged intellectually. . . . So what I sensed in him was not just a restless spirit but somebody with such extraordinary talents that had to be really taxed in order for him to be happy. . . . He’s been bored to death his whole life. He’s just too talented to do what ordinary people do.”

“He’s just too talented to do what ordinary people do” (such as work and tell the truth?). Now we know why Jarrett has special Secret Service protection: self-abasement and adoration to that extreme is a rare and precious quality.

Barack Obama showers that adoration on himself, course. Five years ago, before he was even elected president, he had the audacity to boast:

So should we be surprised that a man of such prodigious talents would not waste his precious time talking with subordinates and experts, let alone anyone from across the aisle unless there presents a chance to publicly humiliate them?  He is a notorious loner  and insulated from the views of others. He is especially insulated from news that might distract him from whatever he does during the day. One former White House staffer has said “People don’t like to tell him bad news.”  “Nobody is trying to create drama, angst and anxiety. And it’s hard to go in there and say, ‘well, I don’t think this is going to work.'”

So there truly is “no there, there” since a leader is responsible for finding and fixing problems before they develop into disasters.

This is one more reason to lop off entire levels of the federal government. What good are all those staffers when we have Barack at the top? If he doesn’t listen to them, why have them on the payroll?

Conversely, there are other activities that don’t bore him and that he will devote time and energy towards:  giving partisan speeches, attending fundraisers where his ring can be kissed, playing hoops with NBA stars, watching a lot of television, especially sports, and is faithful watcher of SportsCenter (he can spend time on that show’s minutiae but not on, say, the status of  Affordable Care Act implementation?), enjoying private concerts in the East Room, vacationing in deluxe resorts, hanging out with Hollywood celebrities.

And when the weather is nice and the yearning begins, Barack Obama can run the presidency from the golf course. 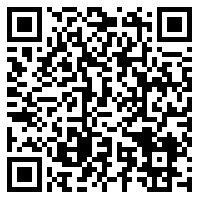