Ahed Tamimi, the Palestinian teenager jailed for assaulting an Israeli soldier, says she supports violence against Jews and seeks the destruction of Israel.

And I believe that groups such as J Street, which have defended Tamimi and claimed that she is nonviolently resisting “the Israeli occupation of the West Bank,” owe the Jewish community an apology for refusing to believe her.

When Tamimi was arrested last December for assaulting an Israeli soldier, the Jewish left leaped to her defense. J Street president Jeremy-Ben Ami wrote an op-ed arguing that Israel has been “illegally taking over” the land of her village, and her assault of the Israeli soldier “results quite naturally … from the human impulse to resist injustice against one’s community and family,” he wrote.

The J Street web site posted an essay by a Washington, D.C., rabbi named Hannah Goldstein, declaring that that she “can understand why” Tamimi’s father sent her and her siblings to throw rocks at Jews since “under occupation, their opportunities are limited” and “putting children [or allowing them to put themselves] in harm’s way for the sake of greater change seems worth the risk.”

But as soon as Tamimi finished her jail sentence, she began issuing statements making it clear that for her, the issue is not the village’s land, but rather the very existence of Israel. And far from being some kind of Palestinian Gandhi, she supports terrorism and terrorists.

In an interview with a Lebanese television station on Aug. 22, Tamimi praised Hezbollah terrorist leader Hassan Nasrallah. That’s right, Hezbollah—bombers of the Jewish community center in Buenos Aires, murderers of hundreds of Americans, hijackers of TWA flight 847. That’s right, Nasrallah, the Holocaust-denier and virulent anti-Semite. Tamimi thanked Nasrallah profusely for boosting “not just my morale, but the morale of many people,” and wished him a happy holiday (Eid-al-Fitr).

In an interview with the French television station France24 on Sept. 17, Tamimi was asked if she had any regrets about publicly praising the Hezbollah. “No absolutely not,” she declared, pointing out that Nasrallah “stands against the United States and Israel, so I agree with him on this particular point.”

The France24 interview was revealing in other ways, too.

Look at this exchange:

Interviewer: “You are calling for a peaceful resistance.”

Tamimi: “I call for a people’s resistance, of any kind. To me, it’s important for the people to be able to choose how they would like to resist against this occupation. To me, there are different manners to fight this occupation. To each his own. Some may choose poetry; others slapping a soldier; others might choose throwing stones or drawing. I respect every type of resistance.”

And what is “this occupation” to which Tamimi refers? Again, she made it very clear to the France24 interviewer. He asked her how she can justify slapping an Israeli soldier. She replied: “These soldiers are occupying my country—Jaffa, Haifa, Akko.”

Those parts of “occupied Palestine” are not in the “West Bank.” They are nowhere near her village of Nabi Saleh. They are within pre-1967 Israel. Tamimi could not have been clearer. She was saying that she considers all of Israel to be “occupied territory.”

It takes a certain kind of hubris (some would call it racism) to say that Palestinian girls should not be believed—to pretend that they don’t mean what they say when they support violence against Jews and the destruction of Israel.

I call on Ahed Tamimi’s Jewish defenders to believe her words, and to apologize to the Jewish community for trying to deceive us about her beliefs and intentions. 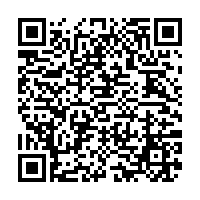