Naftali Bennett’s government’s diplomatic policies came into full view in recent weeks, and were put to the test at the United Nations climate conference in Glasgow last week. The results are unmistakable.

Under Bennett’s government, Israel’s foreign policy is predicated on making far-reaching concessions—first and foremost to the Palestinians, and second to the international left. Four such concessions stand out.


The first concession is Zionism. Two weeks ago, Defense Minister Benny Gantz abandoned the central tenet of Zionism—redemption of the land of Israel through land purchases for Jewish settlement. After it liberated Judea and Samaria from Jordanian occupation in 1967, the Eshkol government chose to administer these areas via the military while maintaining Jordanian law there. The military government issued orders that updated the laws from time to time to align the legal regime in these areas with basic principles of civil rights.

Jordanian law contains several racist provisions. One of the most prominent racial laws is Jordan’s land law, which bars non-Muslims from purchasing land. In 1971, Israel’s military government amended the law to permit non-Muslim owned companies—but not private non-Muslim citizens—to purchase privately owned land in Judea and Samaria. The amendment required these companies to register the deals with the Civil Administration.

After the Palestinian Authority murdered a number of Palestinian land owners following the registration of their land sales with the Civil Administration, the Defense Ministry and IDF legal advisers recommended amending the law again to permit private citizens who are not Muslims to buy land from private owners.

Gantz told the justices that he chose to bar Jews from purchasing land from Palestinians to avoid angering the Palestinian Authority, which is engaging in the wholesale murder of Palestinian land sellers. He also doesn’t want to tick off the international community which, in an expression of unbridled anti-Semitism, rejects Jewish property rights in Judea, Samaria and Jerusalem.

While the Council of Jewish Communities in Judea and Samaria has praised the Bennett government for approving a few thousand building permits inside the Israeli communities in Judea and Samaria, the council ignored the larger context in which those permits are being granted. In the hopes of winning brownie points with the Biden administration and the European Union, the government has approved thousands of construction schemes for the Palestinians in Area C, including plans to build Palestinian settlements inside Israeli communities and settlement blocs.

Economics is the third area of major governmental concessions to the Palestinians under Bennett’s leadership. In 2018, the Knesset passed a law barring the government from transferring funds to the P.A. so long as it continues its “pay to slay” policy of giving salaries to terrorists imprisoned in Israeli jails and to families of deceased terrorists. In violation of the spirit of the law, Gantz is pouring hundreds of millions of shekels into the coffers of the P.A. while the P.A. devotes nearly 10 percent of its budget to paying salaries to terrorists. To skirt the law, Gantz winked and called the funds a loan.

As for Hamas, the weekend before last, Channel 13 News broadcast an investigative report undertaken by Choosing Life, a forum of families of terror victims, and the Ad Kan investigative NGO. The report showed that through the Muslim Brotherhood party Ra’am, whose four-member Knesset faction provides Bennett with his bare-majority 61-member ruling coalition, Hamas is also being taken care of by the Bennett government.

The report exposed close financial ties between a Ra’am-controlled fund called the 48 Fund and Hamas. Via the 48 Fund’s 250 million shekel ($80.4 million) budget, huge sums have been transferred to Hamas in Gaza and terrorists in Judea and Samaria. The 48 Fund also has extensive ties to the Muslim Brotherhood and Hamas in Turkey and Syria.

Ra’am received hundreds of millions of shekels of government funds under the coalition agreement. The budget passed in the Knesset last week provides Ra’am with commanding influence over the disbursement of 53 billion shekels ($17 billion) budgeted to Arab Israeli municipal authorities countrywide.

The fourth major concession the Bennett government made in recent weeks was directed toward the international left. Ahead of his trip to Glasgow, Bennett committed Israel to reducing carbon emissions to zero by 2050. If honored, this commitment will lay waste to Israel’s economy while doing nothing to change global temperatures. Even if it burned dirty coal from one end of the country to the other all day and all night, tiny Israel is too small to impact the world’s climate. But since Bennett has chosen to join the virtue signaling post-national Left, he damned Israel’s national economy to destruction.

This brings us to Glasgow. According to Bennett’s advisers, his reception at the conference was a tribute to the success of his brilliant policies. Speaking to Israel Hayom reporter Ariel Kahana, they gushed, “We have experienced a diplomatic tsunami—in a good way. This is a great time for Israel’s foreign relations. The meetings [with world leaders in Glasgow] were like speed dates.”

Bennett’s assistants said he held conversations on Iran’s nuclear program, urging his foreign counterparts to join Israel in opposing the reinstatement of the 2015 nuclear deal with Iran, which provides Iran with an open path to a nuclear arsenal.

Despite his climate hysteria and his strategic concessions to the Palestinians, Bennett got nowhere. No one agreed with this request. Probably the main reason for Bennett’s diplomatic flop is that the Biden administration is pushing the opposite policy.

Not only did U.S. President Joe Biden announce the resumption of nuclear talks with Iran towards reinstating U.S. participation in the 2015 nuclear deal at the outset of the week, but  he also refused to meet with Bennett in Glasgow. Those few leaders who agreed to meet Bennett no doubt drew the appropriate conclusions from the U.S. cold shoulder.

For all of Biden’s contempt for Bennett, the two politicians are stuck in the same political and policy trap. To win their leadership positions in their respective countries, Biden and Bennett were both compelled to make far-reaching concessions to the leftist fringe of their countries’ political spectrum. And both men are paying a heavy price for their actions.

Bennett is polling at the edge of the electoral threshold. He enjoys the support of two to six percent of the public. To avoid political oblivion, Bennett is completely beholden to his far-left and Muslim Brotherhood coalition partners. He cannot change course. He’s stuck.

Bennett may well have been the only leader at Glasgow with lower approval ratings than Biden’s. The decision by both China and Russia to blow off the U.N. conference was a statement of contempt for Biden. G-20 organizers also showed Biden the back of their hand when they placed him at the margins of the traditional group photo of G-20 leaders.

While Bennett dangles around the margin of error for zero public support, Biden’s approval numbers are stuck in the low forties. And when Biden returned to Washington last Tuesday, he was greeted with a near sweep by Republicans in local and statewide elections in a slew of Democrat-dominated states.

The Republican victories in Virginia, New York, Pennsylvania, Minnesota, Georgia and Minnesota and beyond showed that under a year into his presidency, Biden has become a lame duck. The coalition of progressives and moderate suburbanites that catapulted the Democrats to power in the White House and both houses of Congress last year has disintegrated.

Independent voters and moderate Democrats have abandoned the party in droves. Republicans are the dead favorites to take control over both houses of Congress in next year’s elections. In the meantime, moderate congressional Democrats endangered by the turn of the wheel are likely to oppose Biden’s radical domestic and foreign policies. So a year before the Democrats formally lose their narrow House and Senate majorities at the voting booths, last week they lost their ability to make use of their existing majorities.

But just as Bennett cannot move to the right without being ousted by his coalition bosses, so Biden cannot moderate his own policies without being abandoned by the radical left that controls the party’s grassroots.

To satisfy Biden and please his leftist bosses, when Bennett travelled to Washington to meet Biden in August he refused to meet with Israel’s Republican allies. To their credit, Republican lawmakers held fast to their support for Israel all the same. This week, two hundred Republican House members sent a letter to Biden demanding he abandon his plan to open a consulate to the Palestinians in Jerusalem. Republican Senator Josh Hawley put a hold on Thomas Nides’ confirmation as ambassador to Israel due to Nides’ statements of support for the opening of such a consulate.

Although Republicans won’t abandon their pro-Israel positions in retribution for Bennett’s rudeness, Israel is harmed by Bennett’s poor relations with its most stalwart supporters and friends. But beholden to his Republican-hating leftist and Muslim Brotherhood coalition partners, Bennett will not dare to develop relations with Republicans in any significant way.

Bennett’s diplomatic failure in Glasgow is testament to the irrationality of the left’s conviction that Israel’s international standing is directly tied to its concessions to the Palestinians. It is also proof that a prime minister bereft of public support is incapable of advancing any meaningful diplomatic initiatives. Captive to his post-Zionist and anti-Zionist coalition partners, Bennett cannot change course—either to advance Israel’s interests abroad or to build up his own standing with Israeli voters.

Last week Bennett did experience a diplomatic tsunami. It came in the form of a cold shower of reality, telling him—and us—that Israel will get nowhere in the world so long as he and his government remain in power. 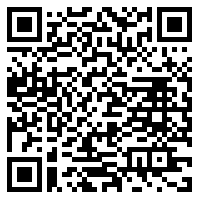