Shame on Bernie Sanders. He campaigned for the British anti-Semite Jeremy Corbyn, who received millions of votes from British citizens who care more about their pocketbooks than about combatting anti-Semitism. As exit polls trickled in, Sanders tweeted: “I am delighted to see Labour do so well. I congratulate @jeremycorbyn for running a very effective campaign.” There is no doubt that Corbyn and his Labour Party are at the very least tolerant of anti-Semitic rhetoric, if not peddlers of it. (See my recent op-ed on the British Labour Party and Corbyn’s association with some of the most rancid anti-Semites.)

Sanders’s support for this anti-Jewish bigot reminds me of the Jews who supported Stalin despite his overt anti-Semitism because they supported his communist agenda. Those who tolerate anti-Semitism argue that it is a question of priorities but even so, history proves that Sanders has his priorities wrong. No decent person should ever, under any circumstances, campaign for an anti-Semite.

There are two reasons why Sanders would campaign for an anti-Semite: 1) he has allowed Corbyn’s socialism to blind him to his anti-Semitism; 2) he doesn’t care about Corbyn’s anti-Semitism because it is not important enough to him. This means that he is either a fool or a knave.

It is clear that if Corbyn were anti-black, anti-women, anti-Muslim or anti-gay, Sanders would not have campaigned for him. Does this make him a self-hating Jew? Or does he just not care about anti-Semitism? The answer to that question requires us to look broadly to trends among the hard left of which Sanders is a leader.

Increasingly, the “progressive wing” of the Democratic Party and other self-identifying “progressives,” subscribe to the pseudo-academic theory of intersectionality, which holds that all forms of social oppression are inexorably linked. This type of “ideological packaging” has become code for anti-American, anti-Western, anti-Israel and anti-Semitic bigotry. Indeed, those who consider themselves “progressives” – but who are actually repressives – tolerate anti-Semitism as long as it comes from those who espouse other views they approve of. This form of “identity politics” has forced artificial coalitions between causes that have nothing to do with each other except a hatred for those who are “privileged” because they are white, heterosexual, male and especially Jewish.

It is against this backdrop that Sanders’s cozying up to bigots such as Corbyn can be understood. Throughout the presidential campaign and in its aftermath, Sanders has given a free pass to those who are anti-Israel – which is often a euphemism for anti-Jewish. Consider, for example Sanders’s appointments to the Democratic National Committee (DNC) Platform Committee last summer. Seeking to satisfy his radical “Bernie or Bust” support base, Sanders appointed James Zogby and Cornell West — both of whom have peddled anti-Semitic conspiracy theories throughout their careers. Professor Cornell West — who was a Sanders surrogate on the campaign trail — has said that the crimes of the genocidal terrorist group Hamas “pale in the face of the US-supported Israeli slaughters of innocent civilians,” and is a strong advocate of trying to eradicate Israel through the vehicle a campaign of Boycott Divestment and Sanctions.

He has also repeatedly accused Israel of killing Palestinian babies — an allegation that echoes historic attacks on Jews for “blood libel.”

Mr. James Zogby of the Arab American Institute once described the motivations behind Israel’s interventions in Gaza as “putting the natives back in their place,” and has compared the “plight of Palestinians” to the experience of Jews during the Holocaust.

Moreover, Sanders’s endorsement for DNC Chair of Keith Ellison — who himself has a sordid history with anti-Semitism, stemming from his association with Louis Farrakhan, who publicly boasted about his own Jew-hatred — is yet another reflection of Sanders’s complicity in, and encouragement of, the oldest form of bigotry.

Finally, consider Sanders’s ardent support for Black Lives Matter, an organization that, while worthily “working for the validity of Black life” also, unfortunately, that has promoted anti-Semitism by singling out one country for condemnation in its “platform”: calling the Nation State of the Jewish People an “apartheid” and “genocidal” regime.

It is clear that Bernie Sanders does not care about anti-Semitism. Whatever his motivation may be – political, ideological or otherwise – it is never acceptable to support or campaign for an anti-Semite.

Sanders has also shown himself to be an ignoramus when it comes to understanding the Middle East, and has displayed his strong bias against Israel. This may be because he has surrounded himself with foreign policy “experts” who often (incorrectly) describe Israel as an apartheid state, and have (also incorrectly) repeatedly accused the IDF of committing war crimes. Sanders has clearly absorbed some of this rhetoric, as demonstrated in a series of infamous interviews during the campaign, in which he grossly overstated the number of Palestinian civilian deaths in Operation Protective Edge, and (again, incorrectly) accused Israel of using “disproportionate” force in response to Hamas’ rocket attacks.

Meanwhile, in a recent video marking the anniversary of the Six-Day War, Sanders said: “We are now in the 50th year of Israel’s occupation, an occupation which denies basic Palestinian rights while failing to deliver Israel real security.”

He then went on to decry the rise of worldwide political movements, which he described as “racist, intolerant and authoritarian in nature.” The irony is staggering. Sanders wandered into the morass of Mideast politics only to satisfy his hard-left supporters who think in absurdly counterfactual packages. He then had the “chutzpah” to condemn political groups on the right for being “intolerant” and “authoritarian,” without condemning the equally intolerant, authoritarian and often anti-Semitic, tendencies of the hard left. Sanders’s hypocrisy in this instance reflects a dangerous trend in our politics: a willingness to tolerate anti-Semitism and bigotry when it comes from one’s preferred side of the political spectrum.

This type of radical “intersectional” thinking was on full display in a bizarre column written by Roger Cohen for the New York Times:

“Elections take place in the real world; they often involve unpleasant choices. I dislike Corbyn’s anti-Americanism, his long flirtation with Hamas, his coterie’s clueless leftover Marxism and anti-Zionism, his NATO bashing, his unworkable tax-and-spend promises. He’s of that awful Cold War left that actually believed Soviet Moscow was probably not as bad as Washington.

Still, Corbyn would not do May’s shameful Trump-love thing. He would not succumb to the jingoistic anti-immigration talk of the Tories. After the terrorist attacks, he said ‘difficult conversations’ were needed with Saudi Arabia: Hallelujah! He would tackle rising inequality. He would seek a soft departure from the European Union keeping Britain as close to Europe as possible. His victory — still improbable — would constitute punishment of the Tories for the disaster of Brexit. Seldom would a political comeuppance be so merited.

That’s enough for me, just.”

Clearly this reasoning of “that’s enough for me” resonates with Bernie Sanders as well. Sanders was willing to campaign in the UK for the ostensibly unelectable Corbyn – who has called Hamas and Hezbollah “my friends” and has associated with Holocaust deniers and peddlers of blood libels against Jews – because he shares Corbyn’s socialist agenda.

Addressing Corbyn supporters at a campaign event, Sanders drew on parallels between their similar political agendas:

“What has impressed me – and there is a real similarity between what he has done and what I have done – he has taken on the establishment of the Labour party and gone to the grassroots. And he has tried to transform that party and take on a lot of establishment opposition. That is exactly what’s taking place in the United States and what I’m trying to do with the Democratic Party.

“So I applaud Corbyn for raising those issues, which I think are important for my country, for the UK and for every major country on earth.”

Let’s be clear: Sanders’s attempt to downplay, ignore or deny that many of his supporters or associates are really anti-Semites should be disqualifying. Going forward, he will have to explain why a Jew is helping to elect a bigot with the views Corbyn holds about the Jewish people and their nation state. It can be assumed that either Sanders shares some of these views, or is indifferent to them. Shame on Bernie Sanders! 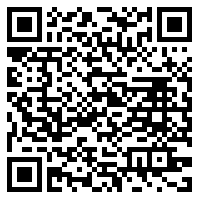