Bernie Sanders’s descent into the fantastical world of make believe and flying unicorns continued this week when he repeated the lie of being proud to be Jewish in a democratic presidential debate.

He then also mentioned that he actually lived in Israel for some months. Those months that he referred to were back in 1963, according to a 1990 article from the Haaretz archive, where it was said he worked on a Kibbutz.


Now, Bernie thinks of himself as some kind of democratic socialist. He thinks he’s a man of principle and integrity, and those so-called principles has led to him becoming a candidate growing in popularity – so much so that it’s actually feasible he could be the democratic presidential candidate.

These actions by the Arabs were like taking a dagger and driving it into the heart of any Jew – yet Bernie, who is ‘proud to be Jewish,’ has no problem with stating that Jerusalem should not be the capital of Israel and the Jewish people. And when asked during that presidential debate if the US should move their embassy back to Tel Aviv, he makes it pretty clear it would be on the agenda. By doing so, he seems to ignore the fact that the Jerusalem Embassy Act of 1995 is an actual public law, passed by the US Congress. So not only is he planning on violating the moral and ethical law and rights of the Jewish people, he’s actually violating his own country’s laws as well!

He sounds very proud to be Jewish indeed!

But his warped moral compass on principles continued when he openly called Bibi Netanyahu, the democratically elected leader of Israel, a ‘racist.’ What gall he is showing to spit on the Israeli democratic process!

Now I get that there are those that don’t like Bibi Netanyahu, but the sheer nerve and arrogance and chutzpah for a guy like Bernie Sanders to call a guy like Bibi Netanyahu a ‘racist’ is breath-taking. Because Bernie, who is ‘proud to be Jewish’ has surrounded himself with some of the most despicable racists and Jew-haters out there. There’s Rashida Tlaib who propagates blood libels. There’s Ilan Omar who says Israel is evil and hypnotises the world. Bernie Sanders himself actually endorsed and supported British Labour Party leader Jeremy Corbyn – a man who openly supports terrorists and a very clear Jew hater. And both Bernie’s campaign manager, Faiz Shakir, and foreign policy advisor, Matt Duss, have been accused of anti-Semitism by the Simon Wiesenthal Centre, the Anti-Defamation League and others.

Yet Bernie wants us to believe he’s ‘proud to be Jewish.’

Then there is his boycott of AIPAC – the American Israel Public Affairs Committee, because Bernie doesn’t like their platform and accuses them of bigotry, even though the AIPAC conference is known to provide a complete array of differing views.

Of course, by now only the most truly ignorant could possibly believe he takes any pride at all in being Jewish, but when I compare Bernie to Bibi – a man he so publically attacked, there are a couple of things that strike me. Bernie Sanders thinks he’s morally superior to Bibi Netanyahu and although there is only a 8 year gap in age between the two, there’s a few striking differences.

Bibi is a man who has bled for the Jewish people. He has been wounded in defence of his country. He has lost a brother to terrorists. He has devoted himself to public life in order to preserve the security of the State of Israel. Whether you like him or not, he has shed real blood and real tears and endured real pain and the constant barrage of political arrows and media beat ups for a country he clearly loves and is devoted to.

He has contributed more to the Jewish people and our existence than Bernie Sanders ever could.

Because what has Bernie Sanders ever done for the Jewish people? In what way does he invoke pride among us and allow us to feel any kind of warmth or any kind of gratitude for what he might achieve? How has he defended the Jewish people – a people he is so ‘proud’ to be a part of?

The simple truth is that Bernie has done nothing but peddle in pointless semantics that mean nothing.

Because while Bernie may be a Jew by birth, the Jewish pride that he likes to talk about, is sorely lacking. 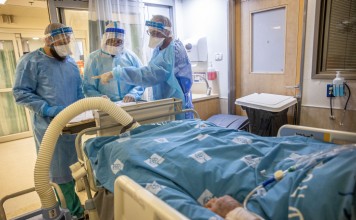 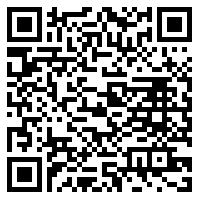