All societies have various rites of passage whereby the individual is considered to have reached a stage at which he is considered a fully competent, autonomous member of the societal group. This age of reason coincides more or less with both mental and physiological changes in the person concerned. In Judaism, the bar mitzvah ceremony marks the young boy’s assumption of the rights and duties (at least religiously) of the grown man; in ancient Rome the transition was marked by the exchange of the childish cloak for the toga virilis.Nations, too, have their periods of sudden maturity, albeit without any ceremonial fanfare. The United States, for example, entered into its own after World War One, beginning to assume the role for which its material and geographic position almost predestined it. The nations of Europe, on the other hand, emerged from the Great War in an arthritic, almost imbecilic condition from which they have not recovered to the present day. Then there are states such as Israel, which stand between a prolonged adolescence and a creeping senility.The State of Israel, for all its newly found economic wealth, has yet to enter the stage of autonomy and maturity that is as necessary for a state’s development as it is for an individual’s. Its close dependence on the United States, while arguably necessary in the past, has now merely resulted in a suppression of Israel’s own potentialities in favor of the stronger state. This situation can best be understood in terms of a parent-child relationship, since the weaker nation, like the child in relation to its sire, by its very deference shows it needs its powerful ally in order to survive.As long as Israel continues to look to the U.S. for military, monetary, and political aid without developing its own resources in these areas, it risks becoming a mere client state – a “felafel republic” – without the freedom to truly develop itself according to its own wants and needs.As it is, Israel has for years now consistently tempered its military response to Arab depredations in order to avoid American displeasure and censure. From the Shamir government’s decision to refrain from retaliating against Iraq during the Gulf War to the present Sharon government’s attempt to surgically excise entire Jewish communities from the state’s living flesh, Israel’s deference to U.S. interests is obvious.Controversy over military deals with China and Turkey also resulted in Israel backing down to its friend and cancelling the transactions. Whether or not one agrees with its decision to sell arms to those countries, Israel is, theoretically at least, a sovereign nation – one able to make and to implement independent choices. The reality, however, seems to be different.Israel has curtailed or reduced production of key components of its arms industry, such as the Merkava tank, in order to prevent direct competition with American arms manufacturers. While the U.S. has no qualms about bombing civilians (as in the U.S.-led NATO aerial assault on Belgrade) or invading other countries (Iraq, Afghanistan), Israel is always looking over its shoulder to make sure its policies don’t offend.Israel has also passively allowed the United Nations to interfere in its internal affairs to an unprecedented degree. The litany of UN offenses is too well known to require much elaboration, but the following examples are typical: Security Council Resolution 162, of April 11, 1961, and Resolution 250, of April 27, 1968, both of which attempted to dissuade Israel from holding its annual military parade in Jerusalem, and Resolution 251, of May 2, 1968, which condemned Israel for holding said procession.For Israel to display its military might in any part of the Jewish people’s historic capital was apparently considered so provocative as to warrant official condemnation, while similar maneuvers by the Soviet Union, an imperialist power and permanent Security Council member, were accepted without a fuss. The prejudice against the smaller nation was obvious and deliberate. Rather than withdrawing from this biased assemblage or mounting a campaign to counter the prevalent pro-Arab propaganda dominant therein, Israel has simply made weak attempts at explaining its ever-beleaguered position.Israel has also meekly allowed trouble-making individuals from groups like the International Solidarity Movement for Palestine to freely enter the country. This transnational rabble, whose only goal is to help the Arabs at Israel’s expense, should be treated as a collective persona non grata and automatically forbidden entrance by the government, regardless of any possible displeasure on the part of the international community.The Israeli government has also suffered from a too facile imitation of western political models while remaining firmly in the hands of conniving politicians. Giving lip service to “democracy,” the Sharon administration has blithely blundered ahead with its withdrawal plan while completely ignoring the popular will.This state of affairs has led to the Israeli public’s being force-fed a steady diet of mindless babble concerning “painful concessions” and “a new Middle East,” slick but soulless commercials for a farrago of nonsense. Meanwhile, the Israeli public remains passive and confused, waiting for guidance but finding only empty phrases and simplistic catchwords.Israel’s political leaders desperately need to purge themselves of the ghetto within their bowels and accept the idea that having a state means freedom for Jews, not simply a different form of submission to others – that Jews are no longer beholden to any particular group or people’s good graces for their survival. Only by such a change in Jerusalem’s thinking will Israel be able to realize its vast possibilities.One is reminded of the essayist Ahad HaAm’s desire to form a new spiritual community in the Promised Land, one that would allow the Jewish people to develop a new civilization in accordance with its own inclinations and historical experiences. Ideally, this would be a Jewish state independent both culturally and politically, finally able to take its rightful place among the world’s premier nations. The question is, is it already too late? 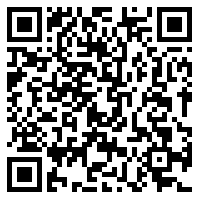