The world’s leading states have long believed in certain alleged benefits of realpolitik, or power politics. Although such traditional patterns of thinking would normally appear realistic and pragmatic rather than visionary or utopian, it is also clear that such appearances must prove essentially transient and distressingly short-term. It follows that the leading or “great” states today would be well-advised 1) to acknowledge the inherent limitations of our global threat system, and 2) to begin to identify more promising and durable configurations of international relations and world politics.

Moreover, at some point, this group of powerful states should include Israel. While tiny in terms of both population and land mass, Israel fields one of the most significant military forces in the world, let alone in its own Middle East neighborhood. This means that what might seem promisingly realistic to orthodox strategists in the shorter-term global “state of nature” (a condition dating back to the Peace of Westphalia in 1648) is apt to prove futile for longer-term survival prospects.

Here, context must be understood. Israel, in the fashion of every other state, is part of a much larger world system. This more comprehensive system has diminishing chances for success within the seemingly permanent global anarchy.

Realpolitik world politics has never succeeded for more than very brief and uncertain intervals. In the future, the unsteadiness of this foundation could be further exacerbated by multiple systemic failures, some perhaps involving weapons of mass destruction. Most portentous in this regard would be nuclear weapons.

A zero-sum orientation to world politics has already become so darkly unpromising and corrosively competitive that it is a bewildering chaos. Accordingly, in the shadowy years ahead, one conclusion is reasonably certain. It is that the longstanding Hobbesian universe of a bellum omnium contra omnes – a war of all against all – can never be sustained.

All states that depend upon some form of nuclear deterrence, including Israel, must begin to think more self-consciously and imaginatively about creating alternative systems of world politics, viable configurations that are more war-averse and cooperation-centered. While any hint of interest in such global integration, or what the Jesuit philosopher Pierre Teilhard de Chardin calls “planetization,” will sound unacceptably utopian or fanciful to “realists,” the opposite is far more plausible. It is actually more realistic to acknowledge that our “every man for himself” ethos in world politics is endlessly degrading and destined to fail.

Again and again, Westphalian world systemic failures could become dire and irreversible. In the final analysis, it will not help merely to tinker tentatively at the ragged edges of our current world order, naively forging assorted ad hoc agreements between recalcitrant states or between combative nations and surrogate sub-state organizations. “What is the good,” inquires playwright Samuel Beckett in Endgame, “of passing from one untenable position to another, of seeking justification always on the same plane?”

In the longer term, the only sort of realism that can make any sense for Israel, America, and the other states in world politics is a posture that points toward a higher awareness of global “oneness” and to incremental world system interdependence.

The prophets of a more collaborative world civilization remain few and far between,  but this is not because of a lack of need. Rather, it reflects a progressively imperiled species’ stubborn unwillingness to take itself seriously – that is, to recognize that the only sort of loyalty that can ultimately rescue all states must first embrace a redirected commitment (both individual and national) to humankind in general.

At its heart, this is not a complicated idea. It is hardly a medical or biological secret that those core factors and behaviors common to all human beings greatly outnumber those that differentiate one from another. Unless leaders of all the major states on earth can finally understand that the survival of any one state must inevitably be contingent upon the survival of all, true national security will continue to elude every nation, including even the purportedly “most powerful” – and including the State of Israel.

The bottom line? For Israel, the most immediate security task must remain intellectual or analytic; that is, a proper conceptualization and nuanced refinement of national nuclear strategy. Simultaneously, however, leaders of the Jewish State must also learn to understand – together with other far-sighted national leaders – that our planet represents an organic whole, a fragile but intersecting unity that exhibits rapidly disappearing opportunities for war avoidance.

To seize these opportunities, Jerusalem, Washington, and others must quickly learn to build solidly upon the critical foundational insights of Francis Bacon, Galileo, and Isaac Newton, and also upon the much more contemporary observation of Lewis Mumford: “Civilization is the never-ending process of creating one world and one humanity.”

When we speak of civilization we must also speak of law. Jurisprudentially, Israel has no special national obligations in this regard; nor can it afford to build its own security policies upon such vague and distant hopes. Nonetheless, Israel remains an integral part of the far wider community of nations, and must do whatever it can to detach nations from the untenable state of nature. Such willful detachment should be expressed as part of an ultimate vision for more durable and correspondingly just world politics. Over the longer term, and perhaps merely to keep itself alive, Israel will have to do whatever possible to preserve the global system as a whole.

For the moment, at least, there is no need to detail analytic or intellectual particulars, of which there are bound to be many. The task now is to outline a more serious awareness of this basic obligation.

As long as the states in world politics continue to operate as grim archeologists of ruins-in-the-making, they will be unable to stop the next series of catastrophic wars. Although Israel is not one of the leading national players in world politics – that responsibility still falls on the US and Russia – Jerusalem has been compelled to fashion its survival prospects upon the time-dishonored premises of power politics.

Until now, and perhaps for the next several years, this sort of selection has been fundamentally necessary and correct; accordingly, there are no plausible reasons for expressing any regrets. Nevertheless, from the standpoint of longer-term options and security prospects, Israel – like its historic American patron or ally – must open its security imagination to visionary ways of thinking.

In the final analysis, the language of power politics and realpolitik is the delusional parlance of inevitable and unprecedented failure. To survive into the future, therefore, Israel and its adversaries will be ill served by the petrified “wisdom” of security via escalating threats and counter-threats of retaliatory destruction. Over time, what is currently hailed as refined strategic thinking will likely rediscover itself within the ruins of serious thought.

At that point, however, it will be too late to break free from the lethal interstices of endlessly belligerent nationalism. 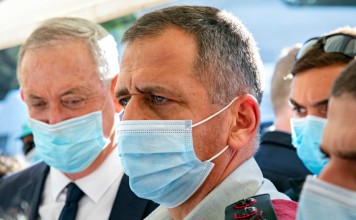 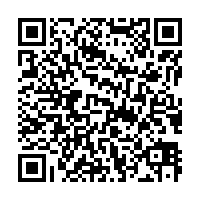