Despite the decision by the Biden administration to resume financial aid to the Palestinians and work toward reviving the “peace process” with Israel, most Palestinians continue to support Hamas, the Palestinian terrorist group that does not recognize Israel’s right to exist.

The Biden administration’s talk about achieving a “two-state solution” does not seem to impress many Palestinians. They believe, according to a recent public opinion poll, that this solution is no longer practical or feasible. These Palestinians, the poll found, prefer to wage an “armed struggle” against Israel.


In his recent speech before the 76th session of the United Nations General Assembly, U.S. President Joe Biden, expressing his administration’s policy toward the Israeli-Arab conflict, said:

“The commitment of the United States to Israel’s security is without question. And a support – our support for an independent, Jewish state is unequivocal. But I continue to believe that a two-state solution is the best way to ensure Israel – Israel’s future as a Jewish, democratic state living in peace alongside a viable, sovereign, and democratic Palestinian state.”

Ironically, on the same day Biden that delivered his speech at the UN General Assembly, another public opinion poll published by the Palestinian Center for Policy and Survey Research on September 21 again showed that many Westerners are clueless about the real attitudes of the Palestinian public.

With such views, it is safe to assume that the Palestinian state the Biden administration is hoping to establish alongside Israel will be controlled by Iranian-backed terrorists such as Hamas and Palestinian Islamic Jihad, whose declared goal is to replace Israel with an Islamist state after killing or expelling as many Jews as possible from their homeland.

The results of the poll lead to the unmistakable conclusion that the Palestinians are telling Biden that his proposed “two-state solution” is far from the best way to ensure peace and security in the Middle East.

The Palestinians are saying that the “two-state solution” is the best way to facilitate and expedite their mission of destroying Israel. Unfortunately, at least for the near future, that would most likely play out as a non-solution that could end up destabilizing the area and drawing in the United States.

The Palestinians, through their views, are making it clear that a Palestinian state in any part of the West Bank and Gaza Strip will be used as a launching pad to “liberate” all of the land, from the Jordan River to the Mediterranean Sea.

What is important to remember is that a semi-independent Palestinian state already exists in the Gaza Strip, from where Israel withdrew completely in 2005. This autonomous state, controlled by Hamas and other jihadi groups since 2007, has already been used as a launching pad this year to fire tens of thousands of rockets and incendiary balloons into Israel.

The most important findings of the poll include a dramatic decline in support for Palestinian Authority President Mahmoud Abbas and a rise in the popularity of Hamas, as well as increased support for terrorism against Israel.

This discovery does not surprise those who are familiar with the bellicose anti-Israel rhetoric that is sounded day in and day out by Palestinian leaders, media outlets, mosque preachers and political activists.

While the Biden administration is talking to Abbas and his team, nearly 80% of the Palestinian public, according to the poll, are demanding the resignation of their president.

Their demand reveals that an overwhelming majority of Palestinians have no confidence in Abbas and are likely to reject any peace agreement he signs with Israel. First, anyone who signs a peace deal with Israel will be regarded as a traitor and rewarded the same ill-starred way as Egyptian President Anwar Sadat, who signed a peace treaty with Israel and was assassinated. It is a consequence with which Abbas is acquainted:

“Leaving the circle of struggle against Zionism is high treason, and cursed be he who perpetrates such an act.” (Hamas Charter, Article 32)

They also know that Abbas, now in the 17th year of his four-year term, has no mandate to sign anything with anyone. The results of the poll show that most Palestinians see Abbas as an illegitimate leader who no longer represents the majority of his people.

The Palestinians, in short, are telling the Biden administration and the rest of the world that it is a waste of time to rely on Abbas as a leader to market any peace agreement with Israel to his people.

Another crucial finding that the Biden administration and other international parties need to take into consideration: Hamas and the opponents of Abbas are set to win in new Palestinian presidential and parliamentary elections.

This disclosure also does not surprise anyone familiar with the Palestinian arena and is apparently the reason Abbas decided earlier this year to call off the parliamentary and presidential elections that had been scheduled to take place on May 22 and July 30. Abbas does not need a poll to tell him that his rivals in Hamas and other Palestinian groups would defeat him at the voting booth by a landslide.

Abbas and his ruling Fatah faction have yet to recover from the stunning defeat they suffered at the hands of Hamas in the 2006 Palestinian parliamentary election. Less than a year later, Hamas threw members of Abbas’s Palestinian Authority off the highest floors of tall buildings in Gaza, thereby driving Abbas and the PA back the West Bank. Since then, Abbas has not only been unable to visit his home in Gaza, but in 2014, Hamas attempted a full-blown coup d’état against him.

The results concerning new elections are the best evidence that a future Palestinian state will be controlled by a terrorist group whose charter openly calls on all Arabs and Muslims to create an Islamic state:

“The Islamic Resistance Movement is a distinguished Palestinian movement, whose allegiance is to Allah, and whose way of life is Islam. It strives to raise the banner of Allah over every inch of Palestine.” (Article 6)

“The day the enemies usurp part of Moslem land, Jihad becomes the individual duty of every Moslem. In the face of the Jews’ usurpation, it is compulsory that the banner of Jihad be raised.” (Article 15)

“Ranks will close, fighters joining other fighters, and masses everywhere in the Islamic world will come forward in response to the call of duty, loudly proclaiming: ‘Hail to Jihad!’. This cry will reach the heavens and will go on being resounded until liberation is achieved, the invaders vanquished and Allah’s victory comes about.” (Article 33)

And to reject any negotiated settlement:

If presidential elections were held today, Hamas leader Ismail Haniyeh would receive 56% of the vote, as opposed to 34% for Mahmoud Abbas.

If Abbas did not run in the elections, Palestinians would vote for Marwan Barghouti, a terrorist leader who is serving five life terms in Israeli prison for his role in a series of terror attacks against Israel, in which at least five people were murdered nearly two decades ago.

Also ironically — the Middle East can provide quite a bit of it — while Biden was talking at the UN General Assembly about his vision for a “two-state solution,” the poll (which was published on the same day of the speech) found that 62% of the Palestinian public are opposed to the concept of the “two-state solution.”

The poll also found that 39% of the Palestinians prefer waging an “armed struggle” against Israel. Additionally, a large majority of 61% opposes an unconditional resumption of the Israeli-Palestinian peace negotiations.

If anything, the results of the poll again highlight the wide gap between the perceptions and wishes of the Biden administration and the international community, and the reality of the Palestinian situation.

Those who continue to talk about a “two-state solution” are not only deluding themselves, but also endangering the security of the Middle East by seeking to establish yet another terrorist state, especially so soon after the debacle of the U.S. surrender to the Taliban in Afghanistan. 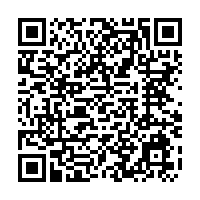