Joe Biden’s nascent victory in the US presidential election was received with relief and hope by Israel’s political center-left and with disappointment and trepidation on the political right. At this stage, there is a trend (at least in public) to present Biden as a true friend of Israel and PM Benjamin Netanyahu. In commenting on America’s special relationship with Israel, analysts often recall warm encounters between Israeli statesmen and Biden in which he emphasized his commitment to Israel’s security and the need to maintain its qualitative military advantage.


Biden’s moderate style toward Israel as Barack Obama’s vice president balanced, to some extent, Obama’s cold and emotionless attitude toward the Jewish state and especially his extraordinary lack of chemistry with Netanyahu.

But we are no longer in the realm of nuance; we are in the realm of policymaking. Will the Joe Biden of 2021 be the same longtime friend of Israel he once was, or will he act as a mouthpiece for other actors? This is of particular concern given his advanced age and possible mental deterioration, which was cited during the run-up to the election not only by the Trump campaign but also by those running against Biden in the Democratic primary.

When Biden enters the White House on January 20, 2021, Israeli observers will have to consider a scenario in which the new president is essentially a puppet whose strings are being pulled by others, particularly by Obama. The former president called his former deputy “an extraordinary man” and an “extraordinary president,” and Biden has branded himself Obama’s partner.

Obama believes he has yet to say his last word in American politics. He may view Biden’s victory as an opportunity to revitalize his progressive agenda on both the domestic and foreign policy fronts. This could have significant implications for the Middle East, as it could entail a US return to the Iranian nuclear deal, a U-turn on the Israeli-Palestinian problem, and the halting of momentum in Israel-Gulf relations.

Obama has proven more than once that he is the kind of man who holds a grudge. The former president’s “account” with Netanyahu remains open, as the Israeli PM did his best to thwart both of Obama’s flagship Middle East policies: the nuclear agreement with Iran and the two-state solution.

Those who believe in the eternity of the special relationship between the US and Israel may be in for an unpleasant surprise. The Democratic Party is much more under the influence of the radical left than it has ever been before, and that shift could dramatically affect US policy on the Middle East in many respects. 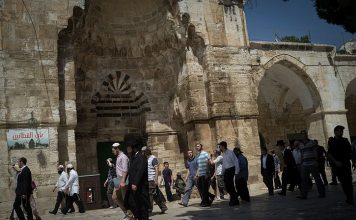 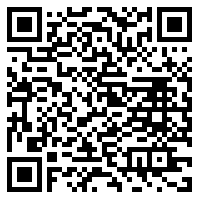