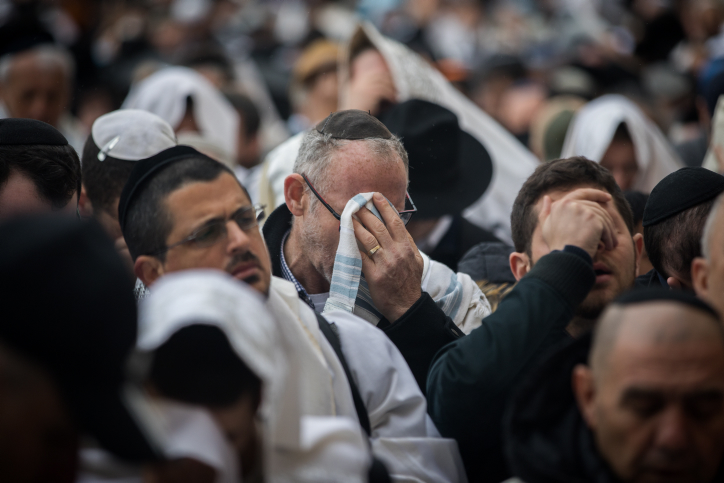 Long before the name “Shimon HaTzaddik” came to be associated with a contested neighborhood in East Jerusalem, also known by Muslims as Sheikh Jarrah, it was the name of a real person. Shimon HaTzaddik was the kohen gadol for a period of forty years, likely during the 4th century BCE. The Talmud (Yoma 39b) relates that every year, Shimon HaTzaddik would exit the Beit HaMikdash at the end of Yom Kippur with a glowing countenance and a feeling of serenity. But one year, he concluded the Yom Kippur service with a feeling of despondency. He turned to his compatriots and said, “It appears this is my final Yom Kippur.”

Shocked, they asked him: “How do you know?”


He said, “Every year, an old man wrapped in white garments greets me at the beginning of Yom Kippur, accompanying me into the Beit HaMikdash and leaving with me at the end. This year, I was greeted by an old man wearing black clothes, who entered with me but didn’t leave with me.” And indeed, after Sukkos, he fell ill, passing away seven days later. As an expression of mourning, his fellow kohanim henceforth refused to bless the people with G-d’s ineffable name.

Why was the different appearance of this strange man a harbinger of Shimon HaTzaddik’s imminent demise? And why did the nature of Birkat Kohanim change thereafter?

Let’s turn to the mitzvah of Birkat Kohanim, which is introduced by a blessing of its own – one that has a strange phrase: “Blessed are you G-d… who has commanded us to bless his nation Israel – with love.”

There is no other mitzvah that we are commanded to perform with love, and no other blessing over a mitzvah that makes reference to this, or any other emotion. Of course, we should feel happiness and love when we put on tefillin, but we don’t say “to place tefillin with love.” Who doesn’t infuse their challah or their Shabbat candles with love? Yet when we recite blessings on these mitzvot, we don’t add “with love.”

Our revered teacher Rav Herschel Schachter quotes his teacher, Rav Soloveitchik who says that Birkat Kohanim is different. It is not just a mitzvah moment, or a snapshot of religious inspiration. Blessing the people must be the result of an ongoing sentiment; you cannot bless the people unless you love them, and that is not a feeling that can be summoned in just a moment. In fact, the halachah is that if a kohen has a complaint against the members of a congregation or is the subject of complaints by others, if a kohen harbors hatred toward a member of the tzibbur or is reviled by someone in the community, he should excuse himself from Birkat Kohanim.

How did Shimon HaTzaddik know it was his final year on the job? Rav Soloveitchik explains that the man in white represented the way he perceived his fellow Jews – as pure people who were worthy of his respect and prayer. When he no longer saw that person “in his state of pristine purity,” it meant that his perception of his fellow Jew had been tainted, and he no longer was fit to be kohen gadol. For forty years he had maintained unflinching love for his constituents, yet now, as he began to fixate on the less flattering aspects of their character at the time he was supposed to pray for them, he knew that his time was over.

The behavior of the kohen gadol is paradigmatic of the way we should view our fellow Jews, as well. It’s been a little more than forty years since we have had Yerushalayim, and over seventy since we have reclaimed our land, but somewhere along the line the Jewish people, or part of them, have fallen out of love with their fellow Jew. A couple weeks ago, a group of rabbinical and cantorial students from institutions such as JTS, the Reconstructionist Rabbinical College and the Hebrew Union College, among others, penned an open letter castigating Israel for its behavior in the most recent round of fighting:

As American Jews, our institutions tell stories of Israel rooted in hope for what could be, but oblivious to what is. Our tzedakah money funds a story we wish were true, but perpetuates a reality that is untenable and dangerous. Our political advocacy too often puts forth a narrative of victimization, but supports violent suppression of human rights and enables apartheid in the Palestinian territories, and the threat of annexation.

It’s far past time that we confront this head on. We can no longer shy away or claim ignorance. What will it take for us to see that our Israel has the military and controls the borders? How many Palestinians must lose their homes, their schools, their lives, for us to understand that today, in 2021, Israel’s choices come from a place of power and that Israel’s actions constitute an intentional removal of Palestinians?

Let us make a few things clear: Israel isn’t the monster aggressor it is portrayed to be in the mainstream media, but it certainly is not perfect. The signatories of this letter are certainly well intentioned, at least in their minds, and they do not speak for the institutions in which they are enrolled or the denomination with which they affiliate.

Make no mistake about it, though. They represent – or are representative of – tomorrow’s American Jews. The future Jewish leadership of the Jewish people is embarrassed by the actions or even the existence of the Jewish state, and is willing to extend the benefit of the doubt and the depth of their sympathy to anyone in this conflict but the Jews. And if you think that we, Orthodox rabbis, are taking denominational potshots, listen to what Rabbi Dr. Bradley Shavit Artson, dean of the Ziegler School of Rabbinical Studies, wrote in response:

There wasn’t a word about Ahavat Yisrael – a love and solidarity with our fellow Jews in Israel, with the right of the Jewish people to self-determination in our own homeland, to the very real sacrifices this experiment in Jewish national self-expression has imposed from its inception….there was no affirmation of love for the Jewish people, of which we are a part and which we aspire to lead. If a rabbi does not root their leadership in love and unity, they lose the ability to critique constructively, to encourage doing better, to inspire….

Howard Jacobson, in his 2010 novel The Finkler Question, coins an expression in reference to this sort of Jew, calling them the “Ashamed Jew.” In a later iteration by David Aronovitch, this became known as the “Asajew.” These are the kind of people who write letters to The Guardian heaping invective upon the Jewish state and finding blame in everything it does, claiming a right to do so “As a Jew.” “As a Jew, I stand up for Palestinian rights against the ethno-nationalist State of Israel.” “As a Jew myself, I want Israel to stop perpetrating war crimes.”

Perhaps the phrase “As a Jew” is meant to provide immunity against charges of antisemitism, or accusations of self-hatred. But if the only time you profess your love of the Jewish people or the Jewish state is when its actions cause you pain and embarrassment, maybe you should reexamine your so-called love. If the only time you invoke your Judaism is as a soapbox for condemning Israel or fellow Jews; If your platform “As a Jew” is used to rationalize antisemitic statements or kashering antisemites – whether from the right or the left – instead of fighting them; If you have never bothered to say “As a Jew, I will speak up for many important causes, but I will speak loudest and proudest about Jewish ones,” you have forfeited the right to invoke your Jewishness altogether.

When the kohanim stopped making the blessing with G-d’s full name, it was because they understood that invoking G-d’s name when ahavat Yisrael was incomplete was wholly inappropriate and downright insulting. Indeed, according to Rav Schachter, that is why we do not recite the Birkat Kohanim daily outside of Yom Tov – since true ahavat Yisrael is so elusive and so rare, that its only at the most joyous times that a kohen can recite the blessing and actually mean it.

The Birkat Kohanim may just be a mitzvah for a select group of people, but the Torah refers to all of a Jewry as a “mamleches kohanim” – a nation of kohanim. And so, to a certain extent, we are all obligated to uphold the standard of loving our fellow Jew enough to be able to bless them.

Therefore, we are challenged, every day, to work on this very trait. There are lots of Jews whose religious beliefs we find abhorrent, whose behaviors we find obnoxious, and whose political ideologies we believe to be dangerous. As hard as it is to love all other Jews, especially when they are not lovable, we ought to remember the burden that comes with being a kohen. Ask yourself, when you speak at kiddush or on the Internet: are you speaking from love and pain, or anger and resentment? Have you earned the right to claim “as a Jew”? When we envision the other, who is it that we see by our side? Do we see a man dressed in black, or is it a man donning the priestly garments of white? 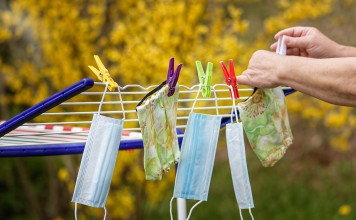