I was sitting in a local hotel room in Albany, after a late New York State Assembly legislative session, when I received the first call that alerted me to a volatile scene in Boro Park. I was secure in the knowledge that the community’s relationship with the NYPD and my personal relationship with the 66th Precinct and One Police Plaza would foster a climate of understanding and conciliation.

Confident that Boro Park residents would conduct themselves in the manner of bnei Torah, of shomrei Torah u’mitzvos, I expected the next caller to tell me it was all over, that calm heads had triumphed and that people continued to go about their extensive pre-Pesach preparations. Instead, for nearly four hours lawlessness, chaos, and disorder reigned in Boro Park and cast the community in a light from which I hope we can recover untainted. But I am not sure we will.

I could not believe – I did not want to believe – that in our community, where the most perilous or controversial activity our teens engage in involves the intricacies of a page of Gemara, the same fourteen to seventeen year olds who spend 10 hours a day slumped over books of Jewish law created a chillul Hashem of unparalleled magnitude.

The images of rampaging hordes – of hundreds of teens with long payes, most too young to have even the faintest hint of facial hair – was disgraceful and heartbreaking.

Whatever the flashpoint, it is inexcusable for mobs of teens to set bonfires and descend on a police cruiser, breaking windows and threatening officers inside. We are a law-abiding community, and what happened on the night of April 4 was a disgrace and a tragedy for all of us.

Arson and mayhem should never be tolerated. This runs counter to everything we teach our children and violates every principle upon which this community prides itself. This is not who we are, and those images broadcast across the city by TV news crews have likely done lasting harm to us.

There was so much misinformation and disinformation on the street that night, with people invoking the Holocaust. How dare they? What were they thinking? And to repeatedly yell the anthem of Al Sharpton, “No Justice, No Peace,” was beyond what I would have believed our community capable of. To see our young people comport themselves in this disgraceful way was terribly painful, and innocent individuals are dealing with the repercussions.

Bystanders were harmed and had to be hospitalized because a situation that should have been contained only escalated. We all have to do some very serious soul-searching, because this was not an isolated group of troublemakers; there were hundreds in the streets – a mob in every sense of the word. Rabbis and religious leaders must deal with this as seriously as they do any other critical issue that arises in our community.

Within a short while, after repeated conversations with Councilman Simcha Felder, who was on the scene minutes after the original incident, it became apparent that this disturbance was not dissipating and I rushed back to Boro Park to deal with the ramifications of a situation that clearly was out of control. The anguish in Simcha’s voice was unbearable as he described the negative developments on both sides. It was a surreal experience for both of us.

From the outset I have stated that those instigators found guilty of inciting the crowd and those guilty of arson should be prosecuted to the full extent of the law. I cannot, however, disregard the obvious mistakes that were made by the NYPD. At certain points, clearly, police officers should have had more leadership, and command was unclear. 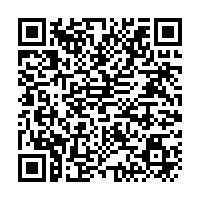