Key to the debate surrounding those who support a boycott against Israel – including the New Israel Fund, and David N. Myers of the Center for Jewish History – is whether boycotting “over the green line” is akin to a full boycott of Israel.

The clear answer, according to Israeli Law, Scarlett Johansson and leaders across the political spectrum is yes.


A law passed by the Knesset on March 7, 2017, and supported across the political spectrum saw that anyone who boycotts Israel, including the settlements is banned from visiting the Jewish state. The law in Israel currently applies to any foreigner “who knowingly issues a public call for boycotting Israel” and is aware that this “has a reasonable possibility of leading to the imposition of a boycott.”

The high-profile SodaStream debacle, which saw actress Scarlett Johansson step down as “global ambassador” of Oxfam centered around this very issue. Ms. Johansson resigned from Oxfam, noting she has “a fundamental difference of opinion” with Oxfam International because the charity opposes all trade from Israeli settlements, and noted that she and Oxfam “have a fundamental difference of opinion in regards to the boycott, divestment and sanctions movement.”

Scarlett Johansson was right as these areas are part of Israel, and any boycott of Israel is harmful.

When the European Union vowed to “impose labeling guidelines on Israeli products produced over the Green Line”, the government and MK’s labeled it Anti-Semitism.  As the Foreign Ministry said at the time, this is applying a double standard to Israel “while ignoring 200 other territorial disputes around the world.” The opposition leader at the time, Isaac Herzog from the dovish Zionist Union camp called the decision “dangerous and detrimental” and said it would damage peace efforts, and he compared the move to the UN’s decision to equate Zionism with racism 40 years ago and said the words of his father — then-ambassador to the UN Chaim Herzog, who went on to become Israel’s president — still rang true.

Yesh Atid chair Yair Lapid joined voices calling the decision anti-Semitic and said it would “strengthen terror against Israel,” in a letter to European Union countries’ ambassadors in Israel. “This move, proposed by the BDS [boycott, sanctions and divestment] movement, may ultimately lead to a total economic boycott of the State of Israel. This is a decision that will only harden Palestinian positions and pushes off the chance for a political solution.” Writing on Twitter, Lapid said the decision discriminates against Israel while “Jews are being stabbed on the streets.”

In the UK, there are hate laws whereby enemies of the country are denied entrée to the nation. The United States has a myriad of laws and systems to ensure that those opposed to America do not enter our boundaries. In any democracy, someone seeking to harm a country is not permitted to enter.

Prime Minister Netanyahu has rightfully noted that, “The boycott generators do not see the settlements in Judea and Samaria but the settlements in Tel Aviv-Jaffa, Beersheba, Haifa, and of course, Jerusalem, as the focus of the conflict.”  There are those in the Jewish community that thread the needle” by being both “pro-Israel” and “pro-boycott” as long as the boycott is only of Judea, Samaria and Eastern Jerusalem. They are wrong.

This week, the LA Jewish Journal and NY Jewish Week wrongly defended David N. Myers and advocated he remain in his role as head of the Center for Jewish History.  Curiously they did not even examine the possibility that the leader of the Jewish Library of Congress may be banned from Israel for his viewpoints.

We stand with PM Netanyahu who has noted “We must not cave into the pressure, [we must] expose the lies and attack the attackers. We shall unite forces in Israel and abroad, expose our enemy’s lies, and fight for the Israeli citizen’s right to live their lives peacefully and safely.” 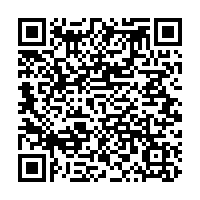