Brazil has a choice to make – between supporting a boycott of Israel, or standing with her longtime allies, the democratic nation of Israel.

In the midst of world headlines, including those proclaiming in Business Insider: “There’s no way around it: Brazil is a disaster” – which noted that “In recent weeks, the government has seen its debt rating cut to junk, and in response it introduced a $17 billion austerity package that will freeze public hiring, cut about 1,000 jobs, and eliminate 10 ministries altogether”, Brazilian President Dilma Rousseff is reportedly considering rejecting Israel’s Ambassador to Brazil, Dani Dayan.

Are not there bigger concerns than an Ambassador from Israel?

Dayan – a Spanish speaker who was born in Argentina – is the choice of Prime Minister Benjamin Netanyahu, who won an overwhelming majority in recent Israeli elections – and who dictates the policy for the State of Israel. Dayan is an ideological follower of Ze’ev Jabotinsky, and a self-made entrepreneur who will do an excellent job representing Israel’s interests in the region.

Brazil – whose President is widely being accused of standing complicit with a multi-billion dollar corruption scandal – must not give in to anti-democratic forces. Brazil also doesn’t get to choose who represents Israel.

Leading the campaign against Dayan’s nomination is Alon Liel, Israel’s former ambassador to South Africa – whose wife is the Israeli leader of The New Israel Fund. Like his wife’s anti-Israel organization, Liel supports a cultural boycott of Israel, having supported author Alice Walker’s Anti-Semitic refusal to allow a Hebrew translation of her bestseller “The Color Purple.” Liel works extensively worldwide on PR campaigns which harm Israel, working to generate headlines which read “Boycott My Country.” He holds radical viewpoints which the majority of Israelis, even those on the Left, reject, from calling on High School trips to the Golan to be cancelled as they are “a provocation to peace,” to claiming that the boycott is a “more pressing issue than the Iran issue.” Liel has endorsed an academic boycott against Israeli academic institutions, and is a radical extremist.

If Brazil chooses extremists who boycott Israel over a democratically elected government, one can expect a backlash from many of the country’s 120,000 Jews, as well as an effect upon the burgeoning trade between Israel and Brazil, which will have a further economic effect. 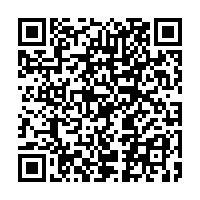