For all the bluster by Israeli Prime Minister Naftali Bennett and Foreign Minister and Alternate Prime Minister Yair Lapid that they had saved Israeli democracy and stabilized a fragile political system, reality has proven that at best, they provided a temporary respite from political uncertainty.

Bennett lost his one-seat parliamentary majority on Wednesday when a member of his own Yamina Party and coalition whip Idit Silman resigned her post in favor of the opposition.  The resignation leaves the coalition effectively paralyzed with just 60 members out of the 120-member Knesset and unable to pass legislation without opposition support.

Leading up to the most recent election, Bennett repeatedly promised voters throughout the election cycle not to sit together in a government with the left-wing Lapid “with a rotation or without a rotation,” including signing a pledge not to do so on live television in the days before the election.

Soon afterwards, Bennett reneged on his pledge and negotiated a rotation arrangement with Lapid, who is scheduled to become prime minister in August 2023. From the outset, it was always unclear if the coalition would even make it that far.

Silman’s defection leaves Bennett with only five seats of support from within his own party.  The other members of the coalition only support him because his downfall would be theirs as well. If a right wing-government is formed, the left-wingers in the coalition will find themselves returned to the Knesset’s backbenches. If new elections are called, many of the right-wingers in the coalition are likely to pay the price at the polls for propelling their left-wing colleagues into positions of prominence with little to show for it.

‘Harming the Jewish identity of the state’

In announcing her resignation, which reportedly caught Bennett and his fellow party members by surprise, Silman wrote: “My key values are inconsistent with the current reality. I hear the voices in the field and the sincere protest raised by the voters who supported us and with whose support we were elected, and also to the pain of those who did not vote for us but belong to the national camp. … I will not abet the harming of the Jewish identity of the State of Israel and the people of Israel.”

Media reports have blamed a spat earlier this week between Silman and current Health Minister Nitzan Horowitz over his plan to allow visitors to bring leavened bread, or chametz, into hospitals during the upcoming Passover holiday. Yet this issue is just one of the smaller ones that have made right-wing members of the government cringe.

As health minister during a pandemic, Horowitz has found time to visit Palestinian Authority leader Mahmoud Abbas in Ramallah and has advanced a progressive agenda. Policies have included reducing barriers to gender-transition surgeries and making it punishable by law for medical professionals to offer counseling to patients who seek to transition.

Yet on the more fundamental level, after years of right-wing control, both Israel’s key defense and diplomacy portfolios have been essentially handed over to Israel’s left.

For years, Netanyahu and top ministers refused to meet their counterparts in the P.A. Yet in the past year, Israeli Defense Minister Gantz has met twice with Abbas—one time inviting him to his home in Rosh Ha’ayin. Both Gantz and Lapid have openly talked about the importance of laying the groundwork for a return to a two-state paradigm.

The gestures have not paid off. At least 13 Israelis have been murdered in the last two weeks—the worst round of Arab terror since 2006.  If there is one singular issue that can move the electorate to seek new leaders, it is a breakdown in national security.

Furthermore, Lapid and Bennett have been relatively quiet in their opposition to a dangerous Iran Nuclear Deal 2.0 in comparison to Netanyahu, who argues the deal poses an existential threat to Israel’s security. Lapid and Bennett have made numerous other questionable diplomatic decisions in their attempts to gain favor with the Biden Administration.

With Bennett having a difficult time keeping the coalition’s policies from sliding to the left, it is hard to imagine many of the remaining right-wing members of the current coalition sitting together under left-wing Lapid when it becomes his turn as prime minister.

In her resignation letter, Silman added that she is trying to recruit other members of the coalition “to return home and form a right-wing government.”

Former Prime Minister and current chairman of the opposition Benjamin Netanyahu praised Silman’s defection in a tweet, stating: “I call on all those elected by the national camp to join Idit and come home. You will be welcomed with complete respect and with open arms.”

Likud has reportedly offered Silman to join Israel’s largest political party and potentially become a minister in a future Likud-led government. Likud has similarly been lobbying other coalition members to abandon Bennett and Lapid’s fragile and disparate political alignment, which includes every left-wing member of parliament and an Arab party affiliated with the Muslim Brotherhood.

One of Likud’s targets, Yamina member Nir Orbach, issued three demands on Thursday for remaining in the coalition. Two of the demands related to settlements—a primary concern of the right-wing national camp. Orbach called for the immediate convening of a frozen planning council to approve thousands of new building starts in Judea and Samaria. He also called for all existing Jewish outposts to be officially connected to Israel’s power grid.

Thirdly, he called for the government to restore recently canceled day-care subsidies for religious families with fathers learning in yeshivah programs.

“Without a solution to these issues, I can’t stay in the coalition,” said Orbach. Shortly after issuing the ultimatum, Finance Minister Avigdor Lieberman, who first advanced the cancellation of the subsidies, agreed to restore them.

Without a majority, the current coalition is suddenly even more susceptible than ever to the whims and demands of individual Knesset members. The defection of just one remaining member of the current coalition could hand the opposition the majority it needs to pass a motion to dissolve the Knesset and send Israel careening to another snap election—the fifth in a little more than three years.

Can Bennett lead a minority government?

While Silman’s resignation renders the coalition paralyzed, it can continue to limp along with a minority. The Knesset is currently in the midst of a five-week recess. And conceivably, the government does not need to pass any legislation until the next deadline to pass a budget in March 2023.

But it does beg the question: If it was not acceptable to the parliament for Netanyahu, the head of the nation’s largest political party with 30 seats, to lead a minority government, why is it acceptable for Bennett to do so with the backing of only five members of the 120-member parliament?

Bennett is a rookie prime minister with close to zero parliamentary or electoral support, who has understandably demonstrated difficulties in controlling the left-wing ministers in his cabinet and keeping the government’s policies centrist and balanced.

One possible scenario is for a new government to be formed without an election. Yet the math in that scenario is complicated.

While there are 60-members of the opposition, six of those belong to another Arab party. The Joint List is considered even more radical than the four-member Ra’am Party currently in the coalition. While the Joint List would be willing to send the country into a renewed election cycle, they would not sit together with the other members of the opposition in government.

That leaves Netanyahu’s right-wing camp with just 54 seats. They would require seven more members of the current coalition to defect in order to form a right-wing government. Currently, there are 18 right-wing Knesset members remaining in the coalition. Several are potentially considering leaving the government.

In addition, former Netanyahu challenger turned rotation partner Gantz heads the eight-member Blue and White Party. The latest elections were triggered when it became clear that Netanyahu would not honor the rotation arrangement. It is believed that Gantz could potentially rejoin an alliance with Netanyahu, provided that this time he becomes prime minister first in a rotation.

In the wake of Silman’s resignation, polls showed Likud soaring to 35-38 seats if elections were held today. In a Channel 13 poll, 47 percent of Israelis said they prefer Netanyahu as prime minister with only 10 percent preferring Bennett. Yet the polls also showed that Netanyahu would have a difficult time forming a government without any of the parties that refused to sit with him in the current coalition.

Four inconclusive election cycles in 2019 and 2020 proved two things: The overwhelming majority of Israeli voters want a right-wing government; and a majority of the parliament, including Israel’s previously faltering left-wing and members of the right-wing national camp, do not want to sit in a government led by Netanyahu.

A plurality of the voters prefers Netanyahu in the country’s top job, but that matters little in Israel’s complex parliamentary system. Alas, Israel’s political circus is likely to continue into the weeks and months ahead.

(Reposted from the JNS site) 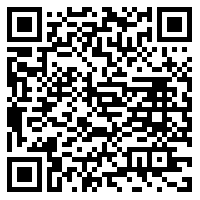