Hamas, go ahead and bomb Sderot! With might and blood, we’ll redeem you, O Palestine!

The words above were recently chanted by hundreds of pro-Palestinian supporters outside a university as they waved Palestinian flags and pictures of suicide bombers in response to a defensive Israeli military operation.


At another university, a student received a special award in sociology, for research purporting to conclude that since Israeli soldiers do not rape Palestinian women, the soldiers therefore must be racist. At yet another university, protesters vehemently objected to the appointment of a law professor because he participated in the recent operation in Gaza as a legal adviser to the Israel Defense Forces.

If you’re thinking this sounds like garden variety anti-Zionist sentiment of the type one expects to hear on campuses around North America and Europe, you’re sadly mistaken. Regrettably, these incidents all took place at various universities in Israel, and many of the protesters were Israeli students.

In recent years, anti-Zionist trends have been proliferating in the curricula of Israeli universities, gradually displacing, marginalizing, and excluding Zionist discourse and discouraging Zionist students from making their voices heard. According to a recent study by Im Tirzu, though more than 70 percent of Israelis identify themselves as “strongly Zionist,” at least 80 percent of the courses offered in political thought in Israeli universities are taught from an anti-Zionist or post-Zionist perspective.

As Israel’s new prime minister, Benjamin Netanyahu, said in a recent interview, “Politicians, whether they know it or not, are guided by ideas. Right now, in Israel, they are starting to be guided with the wrong ideas.” These wrong ideas stem from the current post-Zionist discourse promulgated in the media and academia.

Most revolutionary movements over the past few centuries have been started by students. Even leaders such as Ben-Gurion and Jabotinsky joined the Zionist movement and started their lives as activists when they were still young, in their 20s. Today, though, the majority of Zionist students on Israeli campuses remain silent while a small but vocal minority of anti-Zionist and post-Zionist students are taking control of the public discourse. This creates a tragic reality as Israel’s future leaders are being inundated with anti-Zionist and post-Zionist ideas as part of the education upon which they presumably will base their eventual leadership.

In a country like Israel, founded on ideals rather than mere practicality, the end of Zionism could also mean the end of the successful endeavor of building the Jewish state. While assimilation may work for certain western countries, Israel presents a unique situation because Zionism is the foundation on which the nation was constructed. If Israel is to continue to grow, the foundational values of Zionism must be revitalized and maintained.

As long as a reality exists in which a professor can kick a student out of his class for coming there straight from reserve duty without changing out of his IDF uniform, the Zionist dream will be in danger. As long as some university campuses can prohibit the placement of Israeli flags in celebration of Yom Ha’atzmaut, the continued growth of Israel will be in danger. As long as public discourse about Zionism continues to be discouraged in the Jewish state, the ongoing process that has been the development of Israel will be in grave danger.

In order for the State of Israel to advance forward, we need to take action to ensure that the great ideals that supported its creation continue to be reinforced and re-invigorated.

Sixty years ago, Herzl spoke the famous words that now appear to have been almost prophetic: “If you will it, it is not a dream … and if you do not will then everything I have told you is only a dream and will continue to remain a dream.”

Through strong will and hard work, the Jewish people returned to the land of Israel after 2,000 years of exile and regained control over its destiny. Over the past 60 years, Herzl’s words have proven true time and time again. Adherence to this ideology is what has enabled Israel to maintain itself as the only stable democracy in the Middle East, and it is only continued loyalty to this ideology that will move the country toward becoming an even more ideal and just place. 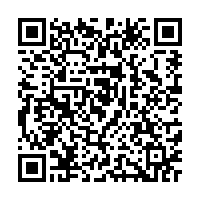