An illegal school building, constructed by the Palestinian Authority on privately owned land near the South Hebron-area village of Samua, has been enjoying unprecedented Israeli legal protection thanks to warped interpretation and skewed application of the Judea and Samaria Settlement Regulation Law.


In 2017, Israeli NGO Regavim petitioned Israel’s High Court of Justice to demolish the structure. In response, the Civil Administration informed the court that the structure was high on its list of enforcement priorities. The petition was therefore set aside, with the understanding that no judgement would be necessary; the structure would soon be demolished.

Some 10 months later, as construction at the site continued unhindered, the court issued a temporary injunction forbidding further construction work. Nonetheless, construction work continued. Regavim submitted a second petition; once again, the High Court declined to hear the case on technical grounds (not enough time had elapsed between the two petitions).

This past February, 18 months since the second petition was set aside and with no enforcement procedures of any kind having been carried out, Regavim requested a status report from the Civil Administration. This time, the answer was completely different: “The Civil Administration has no intention of demolishing the structure, since it falls under the stipulations of the Regulation Law, and the government is required to legalize it.”

In fact, the Regulation Law states that in cases involving structures built on privately owned land with government approval or support, or when structures were built on land not known to be privately owned at the time (“absence of malice”), the land on which the structures in question stand will be leased by the government, and the equivalent sum paid to the land’s rightful owners, without the need to demolish existing structures.

The law further stipulates that for this arrangement to be applied, the state must be shown to have been actively involved in the construction, “including assistance in the creation of infrastructure and planning,” or in cases where “it is found that the structures were built in good faith, prior to the ratification of this law, on land that has not yet been registered or regulated.”

As a result of petitions submitted by leftist organizations to the Supreme Court, enactment of the Regulation Law was frozen, pending a High Court decision, with the stipulation that until such a decision is reached, no enforcement procedures are to be carried out against structures that fall under the law’s protections.

In the case of the school at Samua, construction was carried out despite the court’s work-stop orders, despite the fact that the court rejected appeals submitted by the defendants against those orders, and despite a temporary injunction issued by the court.

Moreover, the Civil Administration’s argument that the structure falls under the protections granted by the Regulation Law is a brazen legalistic manipulation which ignores the explicit language of the law itself.

“This is not the only case in which the state is twisting the Regulation Law to protect illegal Arab construction,” said a spokesperson for Regavim. “What we have here is a clear case of ‘the rule of bureaucrats.’ The Civil Administration opposed the Regulation Law from the outset, and is now using it as the basis for a warped interpretation of the law in what appears to be a calculated attempt to shirk its most basic responsibilities.” 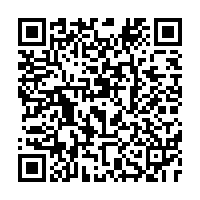