This just in… The following is Moshe Feiglin’s response to MK Lieberman’s appointment as Minister of Defense:

The best thing that has resulted from the political storm churning through Israel is the ouster of current Defense Minister Bogy Ya’alon. That was not Netanyahu’s original intent. He wanted to bring the Left into the government, and it is a good thing that Labor MK Shelly Yehimovitz prevented that from happening. My assessment is that the new government will not be qualitatively different from its predecessor and except for a change of style, it will be more of the same. But all of that is behind us now. The most important thing is that Ya’alon was ousted. We can only hope that it is not too late.

Bogy Ya’alon, trumpeted as the new savior by the Right and settlers, turned out to be (surprise, surprise) a strategic disaster for Israel’s security – and no less than that – for the state of its democracy and liberty. I believe Ehud Barak’s testimony that Ya’alon was the man who tipped the scales against an attack on Iran’s nuclear facilities. Such an attack – even if it had failed to achieve its tactical goal – would have restored Israel’s strategic stance according to which the State of Israel was not established to once again rely on US or British pilots. Even if an attack on Iran’s nuclear facilities had failed, it would have made it crystal clear that Israel’s strategy is based on the adage of our Sages, “If someone rises to kill you, kill him first” – whether the attacker is a powerful country overseas or a knife-wielding terrorist in Hebron. But Ya’alon preferred the strategy of containment upon which he was raised in his youth on a leftist kibbutz. He upgraded Iran’s world status and opened the door for its great victory over Israel.

Two years ago, during Operation Protective Edge, Ya’alon led the strategy of containment of the Hamas. The political-security echelon, headed by Ya’alon, emitted confused orders, laden with concepts that included everything – except victory. The result was that after almost two months of goal-less fighting, the IDF had suffered 70 casualties in the tunnels and alleyways of Gaza, left two bodies of Israeli soldiers behind – and retreated. Bugy Ya’alon is leaving behind an army that has become the most sophisticated junkyard of modern arms and advanced technology that exists. He leaves behind the largest, strongest and most inflated army that Israel has ever seen. But it is an army that is incapable of winning any battle. Except for the real battle that Ya’alon introduced: the battle against the settlers.

Under the instruction and with the encouragement of Ya’alon, a new stage in Israel’s history has unfolded. Under pressure from the media and the Left, tens of minors were arrested and severely tortured (with the full support of the Jewish Home party) for no reason other than to keep the Left happy with Bogy. The absolute majority of the youth were released without an indictment – but they did suffer serious emotional damage that will likely haunt them the rest of their lives. (Apparently, the house in Duma was burned by the Arab locals, as was the case before and after the event in question).

But worst of all was Ya’alon’s participation in the quiet ‘trend’ of the military coup that was beginning to take form in Israel.

The shooting of the terrorist in Hebron presented Israeli society with a choice between two approaches: The Jewish perspective, according to which the elimination of a terrorist willing to die in order to murder Jews is ethical and imperative –  and the European approach, lacking morality, seamlessly equating  between good and evil: The type of approach that turns Nazis into victims and the Jews into the new Nazis.

The upper echelons of the IDF, educated and advanced over the years on the basis of loyalty to these ideas, suddenly became the great hope of the Left. The soldier from Hebron was turned into a national enemy. The Chief of Staff explained that “If someone rises to kill you, kill him first” is not the IDF’s strategy. The Deputy Chief of Staff equated those who subscribe to that value with Nazis. The radical Left Ha’aretz newspaper rather openly called for a military coup and the Defense Minister, Moshe Bogey Ya’alon, backed up and encouraged this entire process on every stage and at every ceremony.

I have no great expectations of Lieberman. Rightist ideology and power bereft  of clear purpose always becomes  a double-edged sword. It would behoove us all to remember former Prime Minister Ariel Sharon, who was no less rightist and forceful than Lieberman. But all that we can say to Ya’alon is good-bye and good riddance. 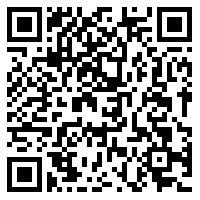