On Thursday we received an alert from Campus Reform about activists from Muslim Student Union (MSU) and Students for Justice in Palestine (SJP) at the University of California, Irvine, who disrupted an event run by a Jewish student group Wednesday night, chanting anti-Semitic and anti-police slogans. We watched the enclosed video and concluded, as any reasonable person would, that these are unpleasant but boisterous young people, and that society should be grateful to UCI for keeping them on campus rather than having them roam the streets.

For context, Kevin Brum, Vice President of Students Supporting Israel (SSI), told Campus Reform that the event those hooligans had interrupted was a showing of the film Beneath the Helmet, “about IDF soldiers, with personal interviews that sort of humanizes them.” He added, “One of the campus advisers for Hillel is an Israeli citizen who served in the IDF, so she has former IDF friends, and two of them stopped by. Someone posted that information on Facebook, and SJP and MSU got wind of it.”


So we went to the Facebook page of SJP at UC Irvine, and dug up their account of the event:

“Today we successfully demonstrated against the presence of IDF soldiers on campus. We condemn the Israeli ‘Defense’ Forces, better defined as Israeli Occupation Forces (IOF), because they enforce Zionist settler colonialism and military occupation of Palestinian land by the Israeli nation-state. Not only does the IOF commit murders and several violences (sic) against the Palestinian people, including its use of Gaza as a laboratory for weapons testing, but it enforces militarization and policing all over the world. The United States send delegations of police forces to train in Israel by the IOF, such as the LAPD and NYPD for example.”

“The presence of IDF and police threatened our coalition of Arab, black, undocumented, trans, and the greater activist community. Thank you to all that came out and bravely spoke out against injustice. ‪#‎UCIntifada”

The account by the SSI (We strongly recommend a better acronym) was more factual: “Tonight one of our events was disrupted by certain student organizations. They were in violation of UC Regents Hate Speech policy and were shouting various anti-Semitic statements. The police had to escort attendees out of the event for their own safety. While it saddens us that there exist individuals who are more interested in shutting our Peace Week down, we at SSI want to assure you all that we are not backing down in the slightest. We are not going to give in to their intimidation tactics and anti-Semitic rhetoric.”

And now to the video, which puts things in perspective. What we have here is a group of loud youths who enjoy music, sunsets, long walks on the beach and screaming like mad people for half an hour or so at Jews. 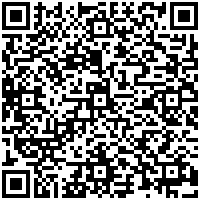