A halakhic drama reached its surprise happy ending Wednesday at the Israeli Supreme Court, when the role of ritual bath supervisor, a.k.a. “Mikvah lady,” has been changed from mandatory to optional.

Israel’s state prosecution on Wednesday submitted to the Supreme Court, in the name of the Chief Rabbinate and the Ministry of Religious services, an official response to a petition by the Itim organization, conceding that “the dipping woman will be allowed to decide for herself whether she wishes to follow this halakhic rule (dipping under the supervision of a Mikvah lady), including dipping alone or dipping in the company of a female friend, and neither the local religious council nor its employees are allowed to condition the dipping on the obligatory presence of the ritual bath supervisor.”

The response represents a complete capitulation of the relevant state institutions, and the state prosecutor requested that the high court dismiss the original petition because it is no longer necessary.

At the same time, it cannot be said that the Chief Rabbinate Assembly has given up the fight altogether. They will continue to compel the local religious councils to hire Mikvah ladies, and post a sign in every mikvah explaining the halakhic obligation for supervision during a woman’s dipping. A woman wishing to dip on her own would be forced, every month, to go through the process of publicly showing that she ignores the rules that are posted on the sign for all to read.

The specific halakhic role of the Mikvah lady, as explained by Chief Rabbi of Ramat Gan Rabbi Yaakov Ariel, is to make sure that a woman’s entire head of hair has gone underwater, because if it didn’t there’s a problem in the dipping and the woman’s availability for intimacy with her husband is questioned. Rabbi Ariel proposes that the dipping woman call on the Mikvah lady once she has immersed in the water, and ask her to watch and see that her entire body of hair went underwater.

Incidentally, it should be possible for a friend to advise the dipping woman regarding the immersion of her hair.

As to the problem of “knots,” the woman should shampoo and comb her hair prior to dipping so that it isn’t entangled.

The initial petition was submitted to the court in July 2015, in the midst of what was then a year long, stormy debate within the Orthodox community, between young women who rebelled against the authority of the Mikvah lady and the established Orthodox institutions. The petition, submitted by Itim, represented 13 women who wanted to be left alone when they’re dipping.

Orthodox authorities are concerned not only about the proper execution of the halakhic dipping, but also about the push to permit unmarried women to dip, which the rabbis view as an invitation to lechery.

The case will be heard by the Supreme Court on Thursday despite the surrender of the Chief Rabbinate and the Religious Services Ministry, because one plaintiff, the Jerusalem Religious Council, is still a holdout, insisting that the Mikvah “is not a bathhouse, but an instrument whose sole purpose is to effect a kosher dipping, which must be determined by an authorized supervisor.”

Itim Chairman Rabbi Dr. Shaul Farber praised the Chief Rabbinate for following the Jewish tradition of preferring permission over prohibition. One of Itim’s arguments was the fact that the stern Mikvah ladies were pushing young women away from the mitzvah of dipping in the mikvah at the end of their cycle, thus actually diminishing family purity in the nation. 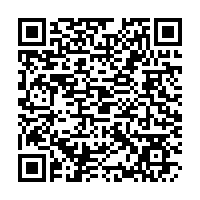