Watching the funeral of Queen Elizabeth II this week, one could not fail to be deeply moved, but her passing and the ascension of her successor King Charles III raise the question of whether there might now be a positive change in Britain’s complicated and often hostile relationship with Israel.

There is some reason for hope. In the past, Charles has shown great sympathy for the Jewish people and for the State of Israel. Moreover, one of the queen’s last official acts was to invite Liz Truss to become prime minister. Truss has publicly stated that she wants to change British policy towards Israel in a more supportive direction. She is even prepared to contemplate moving the British embassy to Jerusalem. Whether she will be able to overcome anti-Jewish sentiment in the British Foreign Office, however, remains to be seen.


For Charles, the most significant obstacle to establishing a more friendly relationship with Israel is probably his role as supreme governor of the Church of England. It must be acknowledged that parts of the Anglican Church have played a very positive role in relations with Israel and the Jewish people. For example, the Anglican Church’s Ministry Among the Jewish People (CMJ) and other Anglican evangelicals in the 19th century helped bring about the Balfour Declaration in 1917. Today, there are prominent Anglican clergy and lay leaders in many countries who support Israel on theological grounds, such as Prof. Gerald McDermott and his New Christian Zionism movement.

Officially, however, the Anglican Church is highly critical of Israel. Anglican synods and committees regularly denounce Israel’s claim to sovereignty over Jerusalem and condemn the Jewish state for allegedly oppressing the Palestinians and violating international law. For example, the Anglican Peace and Justice Network (APJN) publicly condemns the “occupation,” supports the Boycott, Divestment and Sanctions (BDS) movement and endorses the establishment of an Arab-Muslim state in Jerusalem, Judea and Samaria.

The Anglican Church’s attitude was reflected in a controversial opinion piece published last December by Archbishop of Canterbury Justin Welby and Hosam Naoum, an Anglican archbishop in Jerusalem. Reminding readers that the first Christmas took place against “the backdrop of the genocide of infants”—thus evoking toxic libels about the “ethnic cleansing” of Palestinians—the authors blame Israel for “driving out” Christians, despite strong evidence that Christian churches in Israel are growing and thriving.

We know that King Charles and his heir Prince William support Israel’s existence and sovereignty. However, Charles’ secret visit to his grandmother’s grave on the Mount of Olives in 2016 and Prince William’s 2018 visit to Israel revealed the tensions involved in complying with the internal inconsistencies of the current British position.

William was the first member of the royal family to meet officially with an Israeli prime minister in Israel and he spoke warmly about “the essential vibrancy” of the Jewish state. Nevertheless, his visits to areas beyond the 1967 lines, including eastern Jerusalem, were not organized by the British embassy in Tel Aviv but by Britain’s Jerusalem consulate, which is located in the Sheikh Jarrah neighborhood in the city’s east and is charged with maintaining relations with the Palestinian Authority. William’s visit thus confirmed the official British position that demands the establishment of a Palestinian state and regards eastern Jerusalem and the Old City—including the Western Wall—as “occupied Palestinian territory” that needs to be placed under Arab-Muslim sovereignty.

Should King Charles and Prime Minister Truss seek to depart from existing British policy regarding the Israeli-Palestinian conflict, they will not only have to overcome obstruction from the British Foreign Office, but will also face opposition from within the Anglican Church.

There is no doubt that King Charles and his prime minister understand the deep challenges and dilemmas facing the Jewish people and the State of Israel, as well as the huge contribution made by Israel to peace and security in the Middle East and the existential dangers presented by the current unilateral Palestinian claims to statehood. Let’s hope that they will have the courage to speak the truth without fear or favor.

(Andrew Tucker is an Australian-born, Dutch-based international lawyer, writer and speaker. He is director of The Hague Initiative for International Cooperation (thinc.) and chief editor of Israel & Christians Today, a bimonthly newspaper published by Christians for Israel) 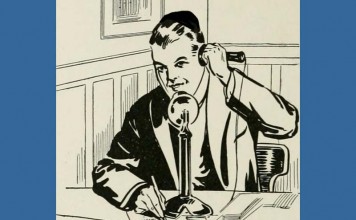 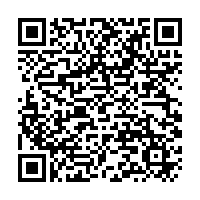