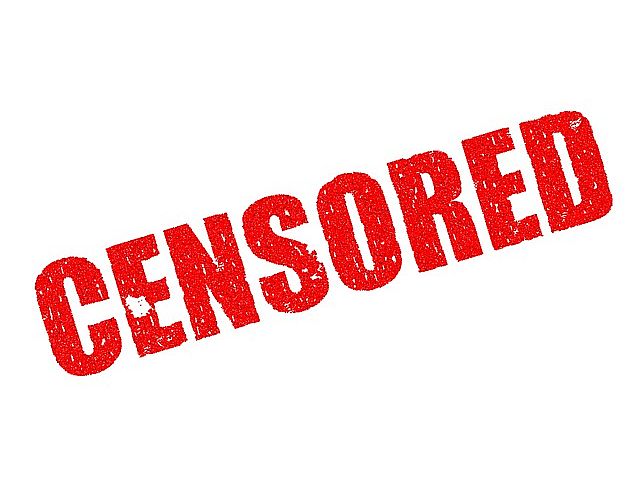 Over the course of the last generations, one of the constant refrains of American Jewish discourse has been the claim that it was impossible for Jews—and especially, rabbis—to talk openly about what was wrong with Israel. Supposedly, the forces of the Jewish establishment were always conspiring to suppress and ultimately punish any brave souls who spoke out against the “occupation” or issued calls for American supporters of the Jewish state to engage in soul-searching about the policies they were enabling with their lockstep support for Israel.

Within various communities, no doubt there were those who reacted angrily to rabbis who denounced Israel from their pulpits. But complaints from those who spoke of how hard it was for them to speak about Israel seemed to come not so much from marginalized figures crying out in the wilderness but from the very heart of the Jewish establishment. Indeed, one widely cited poll that claimed that 20 percent of rabbis were afraid to do so was sponsored and then publicized by the Jewish Council on Public Affairs (JCPA), the group that speaks for all of the Jewish community-relations councils around the nation. Just as importantly, that poll also showed that almost as many rabbis feared speaking out too strongly in support of Israel as those who said they worried about being too dovish, with 12 percent in the former category and 18 percent in the latter.

But to understand just how foolish this claim of suppression of criticism of Israel was, all you had to do was read, listen or watch the American media—both Jewish and secular—which has been drowning in jeremiads from critics of the Jewish state for most of the last 40 years. Far from requiring courage to denounce Israel, it was actually the path of least resistance, as well as the one that led most of the time to platforms in mainstream media outlets like The New York Times. In its pages and website, features about such people and op-eds from those “speaking out as a Jew,” including many who otherwise would never have an opinion about anything Jewish, were always given a hero’s welcome.

Criticism of Israel, even when such views are completely out of touch with the reality of Palestinian intransigence and an Israeli political consensus that the peace process is a dead issue for the foreseeable future, remains a constant. There are some topics, however, that rabbis and others who dwell in the non-Orthodox world, where the vast majority of American Jews dwell, are increasingly avoiding.

Issues surrounding race and gender identity are not merely touchstones of political debate as Americans have descended into a political tribal culture war. In a society in which there is precious little space in the center, most people have found themselves on one side or the other of the divide. With most people reading, listening and watching two completely different sets of media outlets and living in social-media silos in which they have isolated themselves from any views that don’t confirm their pre-existing opinions and biases, open debate about anything is difficult.

That is even more the case for the non-Orthodox Jewish world, where cultural trends, reinforced not just by New York Times editorial policy but by the boundaries for acceptable comment set by pop-culture venues like the late-night comedy shows and Hollywood productions, are far more inflexible than the supposedly iron grip that we were told that supporters of Israel had on Jewish discourse. Cancel culture is not a figment of the conservative imagination. To the contrary, its dominance has spread from college campuses—where conservatives are routinely ostracized and deplatformed by woke mobs and intimidated school administrators—to the public square.

That’s why those who question the blind support that mainstream Jewish groups, like the JCPA and the Anti-Defamation League, have given the Black Lives Matter movement or who mention the anti-Semitism it enables are often afraid to do so anywhere outside of conservative bubbles. The same is just as true for those who push back at the new orthodoxy about transgender issues in which even world-famous celebrities like Harry Potter author J.K. Rowling can be canceled if they discuss basic truths about biology and gender. That applies even more to less well-known Jewish authors like Abigail Shrier, who points out the damage to children by this trend or the injustice done to female athletes by allowing their competitions to be dominated by biological males.

It is in that context that a joint letter signed by a broad cross-section of North American rabbis about the repressive nature of such public discussions should be read.

The statement, which was coordinated by the Jewish Institute for Liberal Values, attempts to rally support for the proposition that it should still be possible to publicly challenge some of the contemporary shibboleths on these issues. Most importantly, it makes it clear that while, like other mainstream establishments, the liberal Jewish world is eager to embrace and celebrate diversity when it comes to welcoming people of color or those who identify as part of the LGBTQ community into Jewish institutions and fora, it is openly hostile to the diversity of viewpoints on these and other issues.

As the letter notes, fully half of the American public already says it is self-censoring itself when it comes to divisive issues rather than openly discussing them. That is also true of much of the Jewish community, especially where it concerns cultural issues where, as the rabbis’ letter states, “Some in our organizations and congregations feel stifled by the shrinking space of ‘permissible’ discourse and retreat into silence.”

It is not just that, as the rabbis remind us, “the culture of disputation and debate in the Jewish world—argument for the sake of heaven—has been a hallmark of Jewish life, and key to creative Jewish survival.” What is under attack in the American public square and in Jewish forums is not just specific points of view deemed politically incorrect. Rather, it’s the very concept of liberal values, in its true and original meaning and not just a political label.

Those who buy into the toxic myths of critical race theory and intersectionality, which put race at the center of every discussion, are at odds not so much with political conservatives but with liberalism, if by that we still mean a willingness to judge each individual by his or her own merits rather than on the basis of their skin color or ethnic or racial background. Simply put, the impulse to shout down and cancel those who dissent on these issues is fundamentally illiberal.

But, as the initial response to the rabbis’ letter indicates, it will be an uphill battle weaning mainstream Jewish discourse from the rules of cancel culture. As one left-wing writer told The Forward, any attempt to promote free speech on these issues is viewed by some support for “racism, homophobia, ableism, classism, transphobia and anti-intermarriage sentiment.”

In other words, those who wish to facilitate debate about such issues need to be prepared to be labeled as bigots.

Nevertheless, it is vital that this discussion proceed. The willingness of so many rabbis to do so among the increasingly left-oriented Conservative and Reform movements is highly encouraging. No matter where you stand on any of these issues, shutting down such discussions with name-calling isn’t making us better, smarter or more inclusive. 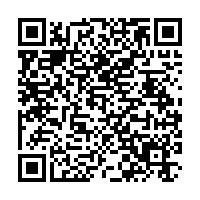