“Seeking favorable publicity or offering it to a candidate or public official simply cannot be a crime in a democratic nation that reveres a free press.” This was the clear warning in the well-documented conclusion of the “Legal Memorandum,” submitted in October 2019 to Israel’s Attorney General Avichai Mandelblit, opposing the prosecution of Israeli Prime Minister Benjamin Netanyahu for media bribery. The 22-page brief, studiously authored in mid-September in Jerusalem by American constitutional and Jewish rights attorney Nathan Lewin, was co-signed by four eminent attorneys: Alan Dershowitz, Abraham Bell, Joseph Tipograph and Richard D. Heideman.

The brief failed to convince Mandelblit.

Of course it failed—the allegations against Netanyahu are so beyond the laws of journalistic and democratic physics that it would be easier to convince an apple to fall upwards. The Lewin brief failed to persuade Mandelblit because the charge against Netanyahu is as unthinkable as an apple falling into the sky. A rational rebuttal cannot overcome an irrational argument. Hence, the most salient and powerful parts of the memo were the signatures, and the attendant shimmer of those names.

Israel veering off the democratic road is especially troubling because of its implications for the Western concepts of justice and free press in general. The issue of Netanyahu’s innocence or guilt is nowhere near as important as the claim that his high-handed dealings with media moguls constituted not just a disheartening act but also a criminal offense.

Doing the right thing matters so profoundly for Israel because justice and democracy are the nation’s fiery alter egos. The very seeds of democracy and indeed the quintessence of justice and equality were first sown in the harsh, sun-blinded desert en route to the Promised Land. The holy books tell us that Moses led the Children of Israel out of bondage and injustice to create a new social fabric that wove together equality, liberty and law. No longer was life to be lived based on the strong over the weak, the powerful over the powerless, but instead on fairness. When manna was provided to the starving Israelites in the desert, they were instructed as equals—“each one is to gather as much as he needs”—but no more (Exodus 16:18). No tent was favored.

The whim and tyranny of Pharaohs was to be replaced with God’s constitution, embodied in the Ten Commandments. Statutes arising from those precepts were enumerated in the Books of Moses. He judged according to God’s law and the statutes therein. Moses explained (Exodus 18:15-16), that when people “have a dispute, it is brought to me, and I decide between the parties and inform them of God’s decrees and instructions.” But one day, his father-in-law, Jethro (Exodus 18:18-23), told Moses to ease his burden by appointing judges from among the best Israelite men.

In the Book of Deuteronomy, the enduring principles of a judicial system are set forth. The system of fairness and equality under law created in the desert was to become a light unto the nations. Jews were enjoined in the Book of Leviticus to “proclaim liberty throughout the land to all its inhabitants.”

In modern times, the yearning to be free and the quest for justice were reignited in Philadelphia when the Founding Fathers adopted the biblical notion of liberty and continuously relied upon Old Testament teachings. On their great Liberty Bell, still on display, they emblazoned that self-same Mosaic injunction from Leviticus 25:10: “Proclaim liberty throughout the land to all its inhabitants.” The American system was not to be regal or dictatorial; it was to be “federal,” a word derived from the Latin word for “covenant”—that is, God’s Covenant.

The great American experiment in democracy created a living, breathing social organism that interlaced its citizens with its leadership. Every biologist knows the indispensable requirement for every organism is the membrane that separates and yet connects the inner essence of life to the outside elements. In a living, breathing democracy, the media constitute that necessary permeable interface between the people and those who govern. The media is called upon to exercise a sevenfold mandate: to question, to accuse, to defend, to remember, to predict, to inform and to entertain.

History teaches that the mere printing of a newspaper does not make it a sinew of a free and fair media. Stalin proved that with the Soviet newspaper Pravda, which means “truth,” but which was often full of mere Orwellian doublespeak. Nazi propaganda minister Josef Goebbels proved the same. Ford’s Dearborn Independent was a font of falsity.

In any genuine democracy, the extinguisher and nourisher of all media is free thought and the free marketplace of ideas. Eventually, the people form their own conclusions as they abandon and flock to various newspapers as well as digital outlets. Without people’s attention, the media becomes a distant tree falling in the woods. If no one hears it, did it really happen?

Corruption, mismanagement, duplicity and bias in the media have a way of emerging from behind the curtain. In the past it was often a long process, such as when William Randolph Hearst fomented a needless American military adventure in Cuba with his infamous assurance, “You furnish the pictures and I’ll furnish the war.” Nowadays, corrupt, conniving media can be exposed in the twinkling of an eye, at the press of a “send” button.

Drilling into the Netanyahu case, the prime minister is accused of asking for something of value—better coverage—in exchange for official acts or the perception of official acts. (He only allegedly asked for truthful coverage—whether deemed “favorable” is in the eyes of the beholder.)

American jurisprudence has already expressed itself on criminalizing and punishing truth-telling by the media. In a case of unrelated media disclosure, Smith vs Daily Mail, the U.S. Supreme Court ruled, “Our recent decisions demonstrate that state action to punish the publication of truthful information seldom can satisfy constitutional standards.”

Attorney Lewin recently revisited the topic in an editorial asking whether “a pending criminal charge can be grounds for disqualification for office under American law?” An unexpected Knesset majority opposing Netanyahu is now trying to steamroll through a “guilty until proven innocent” bill to block Netanyahu from forming a government while he is under indictment, but before any verdict has been handed down. “Would such a law meet American constitutional and legal standards?” asks Lewin. He concludes: “The answer is a resounding no.”

He adds, “American courts treat indictments as nothing more than unfounded allegations. Federal and state judges routinely instruct jurors who will decide whether a defendant is guilty that the indictment is not evidence of guilt and does not detract from the presumption that the accused is innocent. A respected federal appeals court said almost 50 years ago, ‘It is hornbook law that indictments cannot be considered as evidence.’”

Lewin adds a compelling insight into the mindset of the Israeli prosecution, recounting a meeting last year in which he was “invited by Mandelblit to argue on the Netanyahu matter.”

He recalls, “On October 7, 2019, in a Ministry of Justice room occupied by Mandelblit and more than 20 members of his staff, I challenged the view of the prosecutors that a promise of favorable publicity made to a political figure could be an illegal ‘bribe.’ Mandelblit was personally polite and appeared interested. His huge support staff had so little interest in what I said that they did not even take the trouble of introducing themselves to me or shaking my hand. In similar situations in the United States—when, as a lawyer for a person under investigation, I had a meeting in the Department of Justice to review a local prosecutor’s decision to seek an indictment—government lawyers always cordially introduced themselves and we exchanged business cards. Not so with Mandelblit’s staff. Their minds were made up before I opened my mouth.”

Once more, Netanyahu’s innocence or guilt is not as important as what his conviction on such charges would mean for Israel’s democracy. Every journalist promised a scoop, embedded coverage, an embargo advance, a leak, access to a document—or any of a hundred quid pro quos that journalists regularly horse trade with elected officials to beat the competition or score an exclusive—would be exposed to criminal prosecution.

Prosecution of media and government officials for “better coverage” (however that’s defined) and disqualification from office based on mere accusation is a slippery slope. If Israel allows these corrosive attacks on the axles of its democracy, the nation risks driving off the road into an uncharted political ravine. From there, it will be a hard tow back. 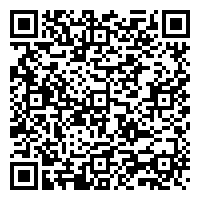